These tasks cannot be carried out by usual means 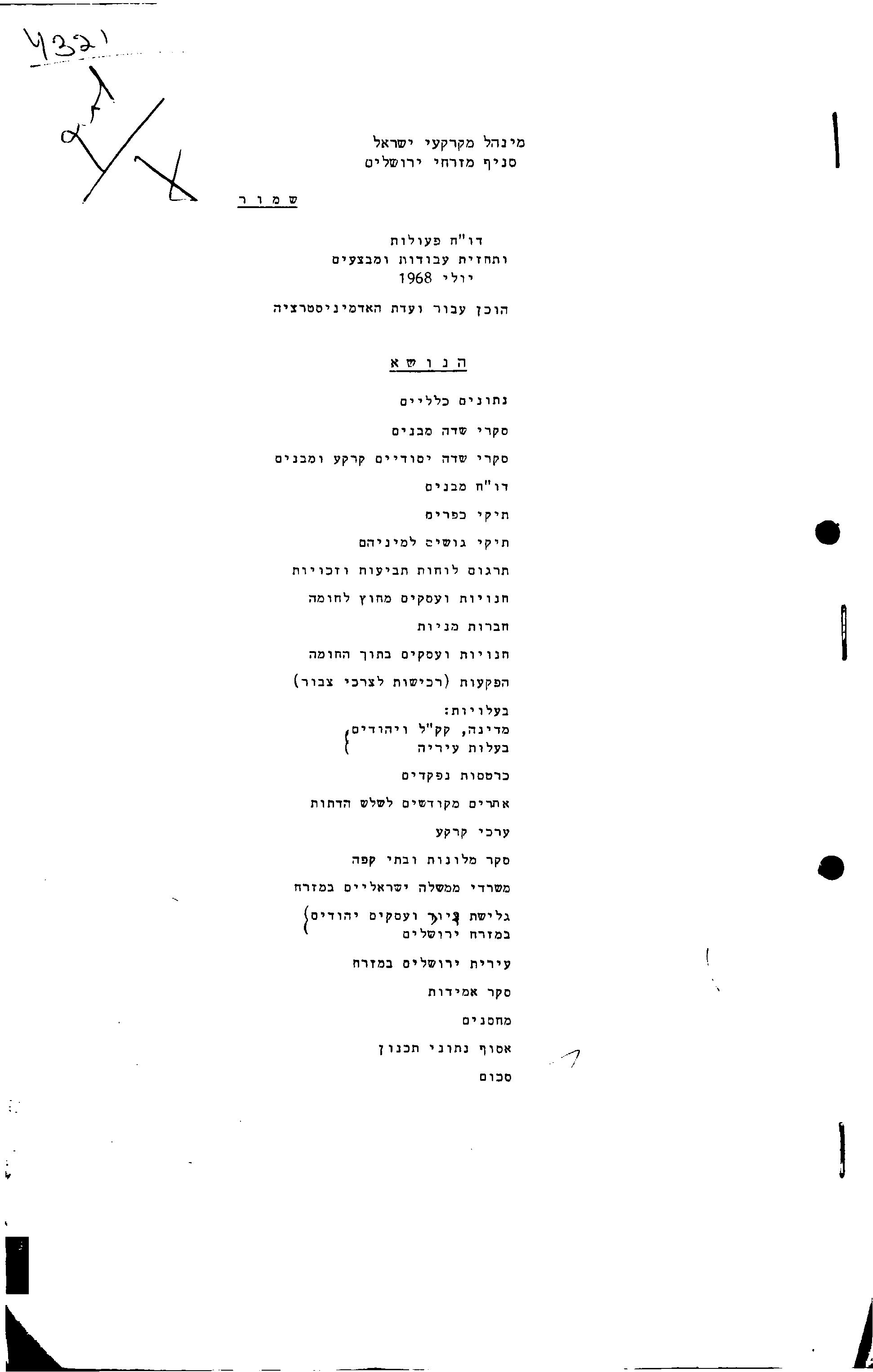 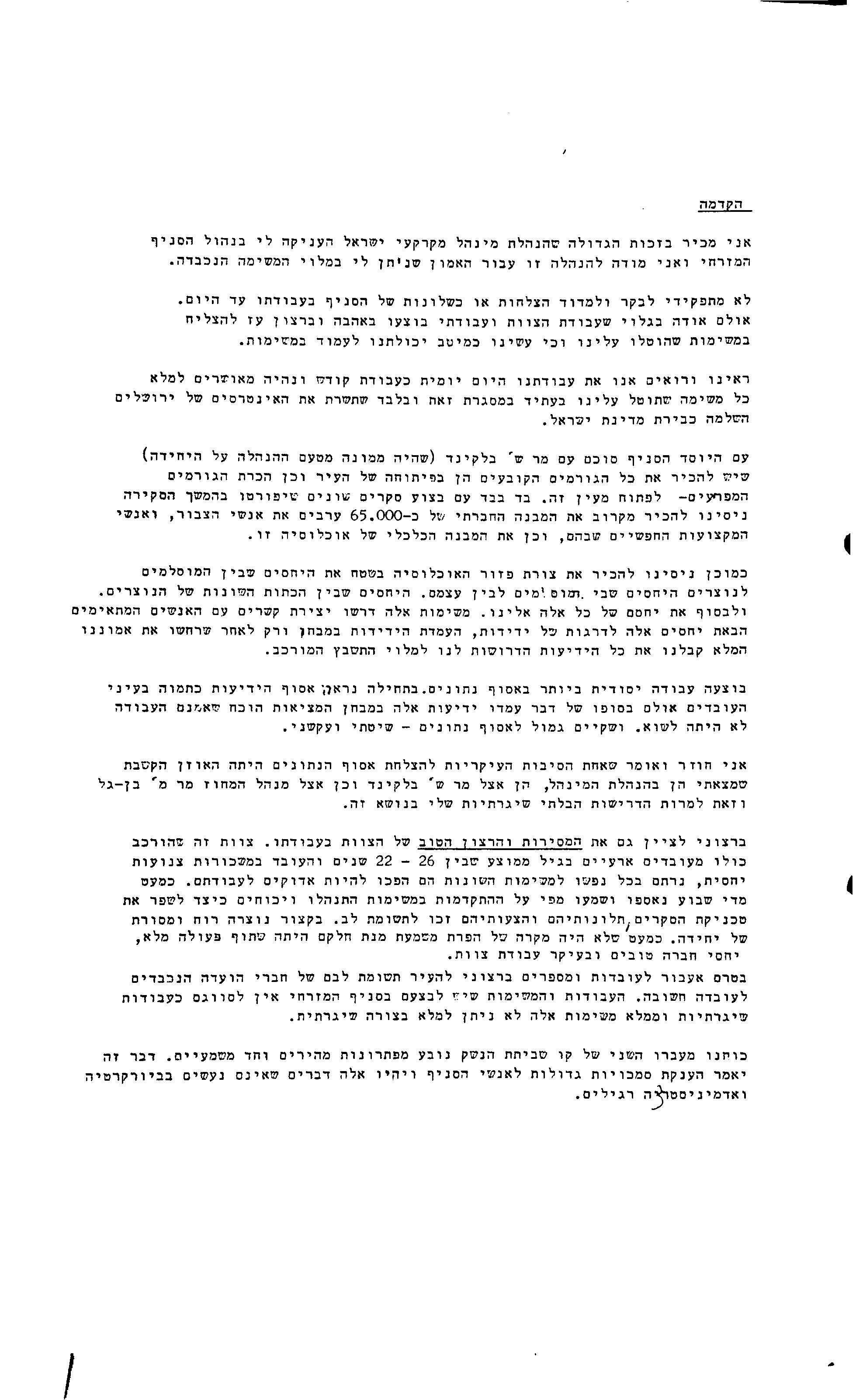 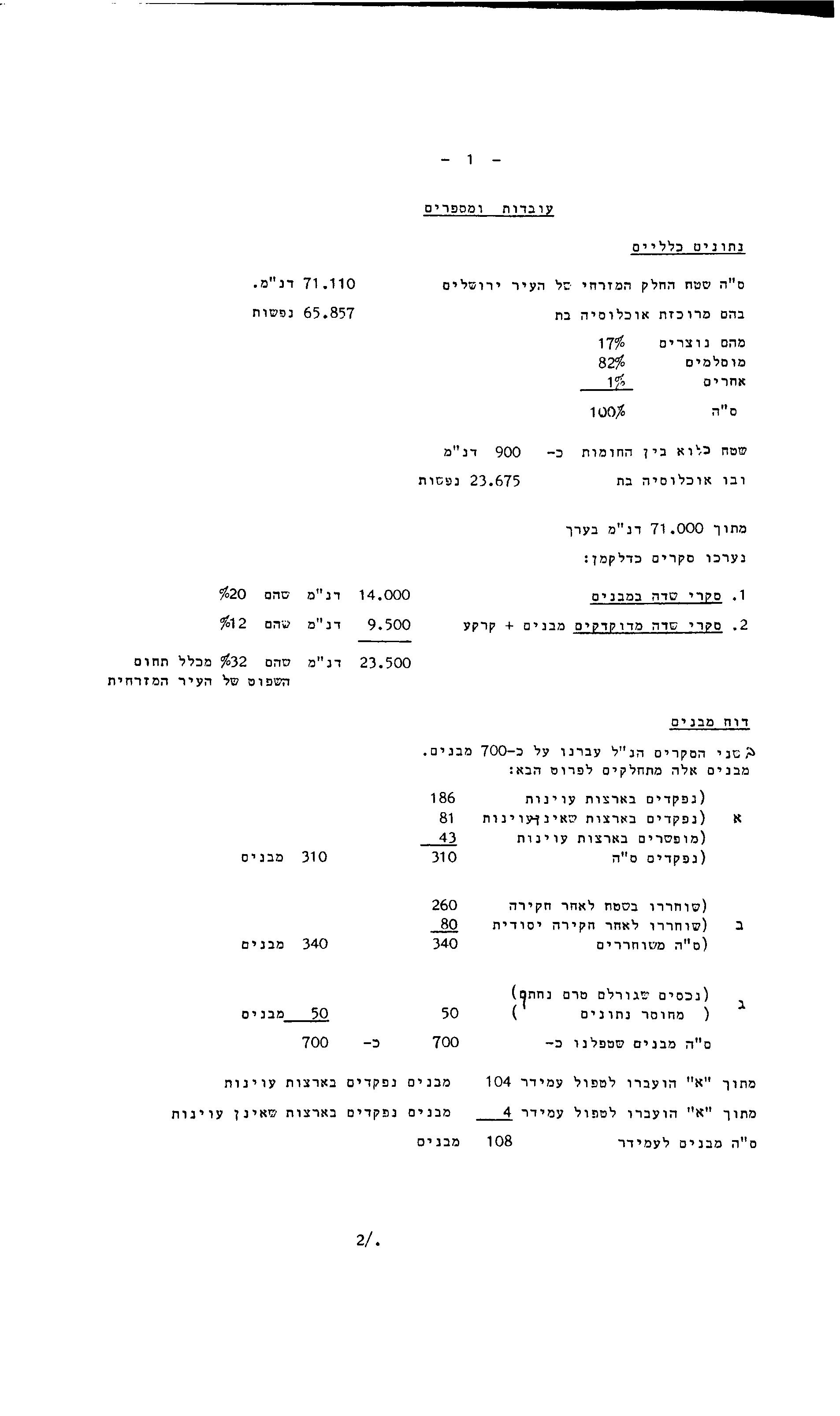 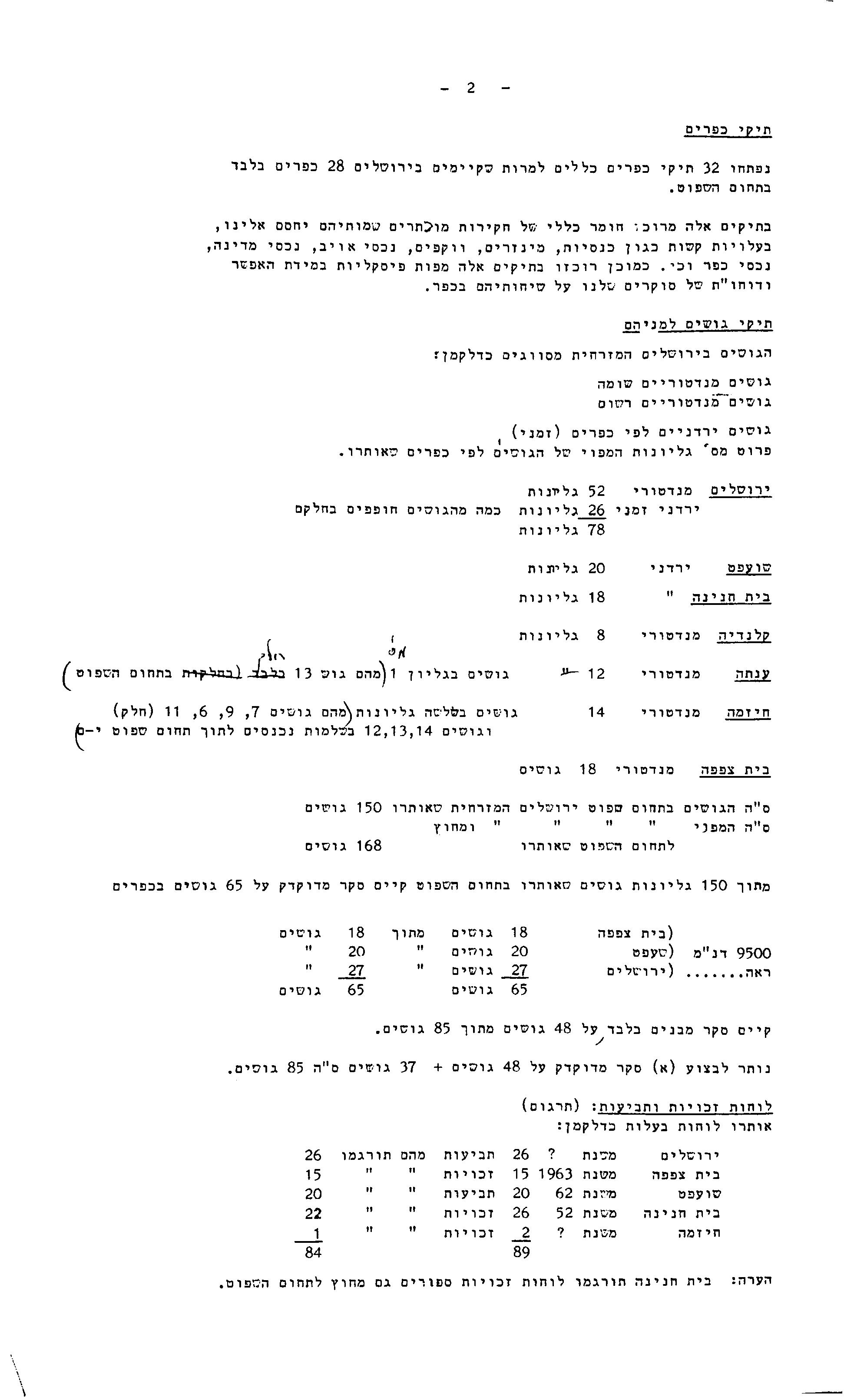 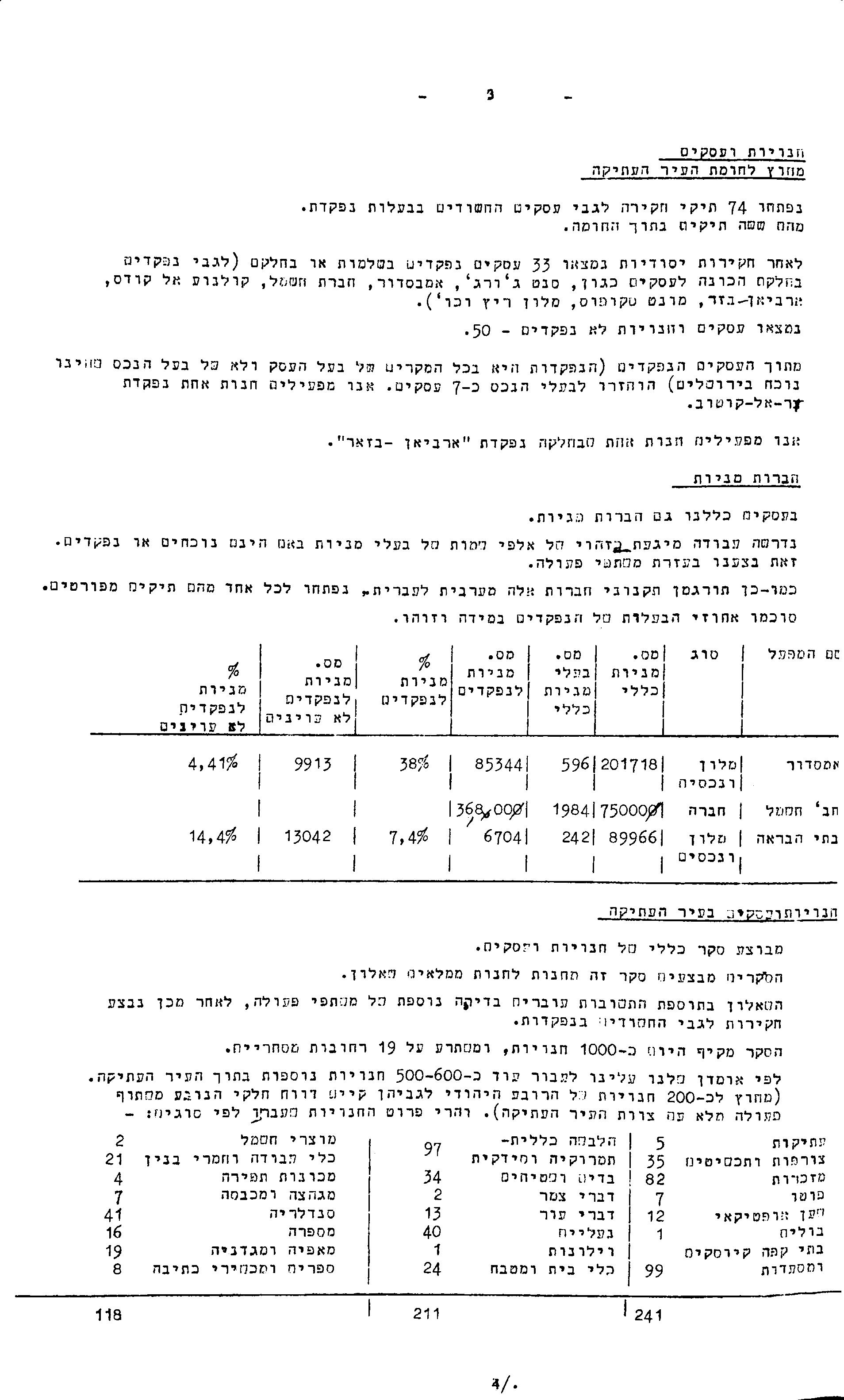 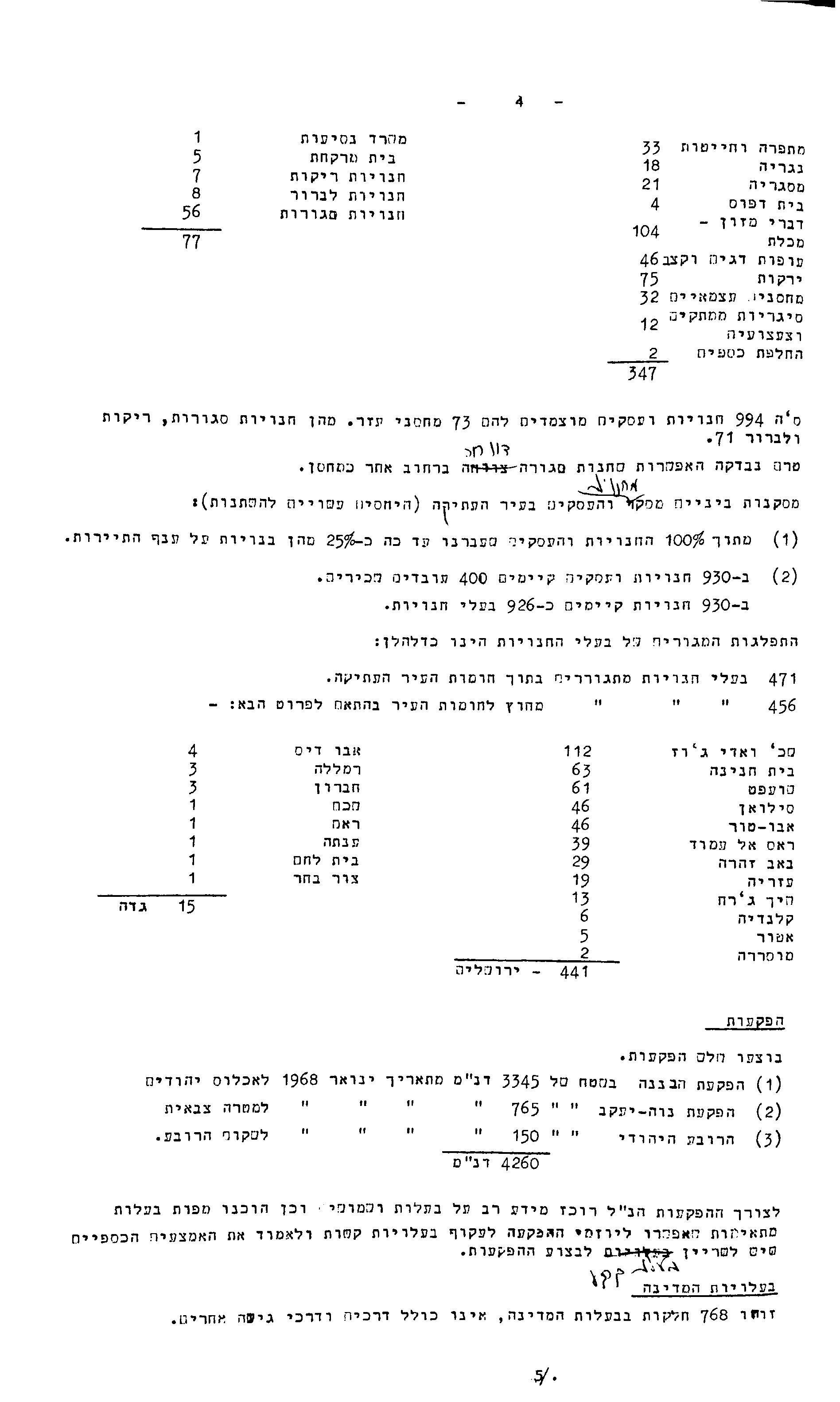 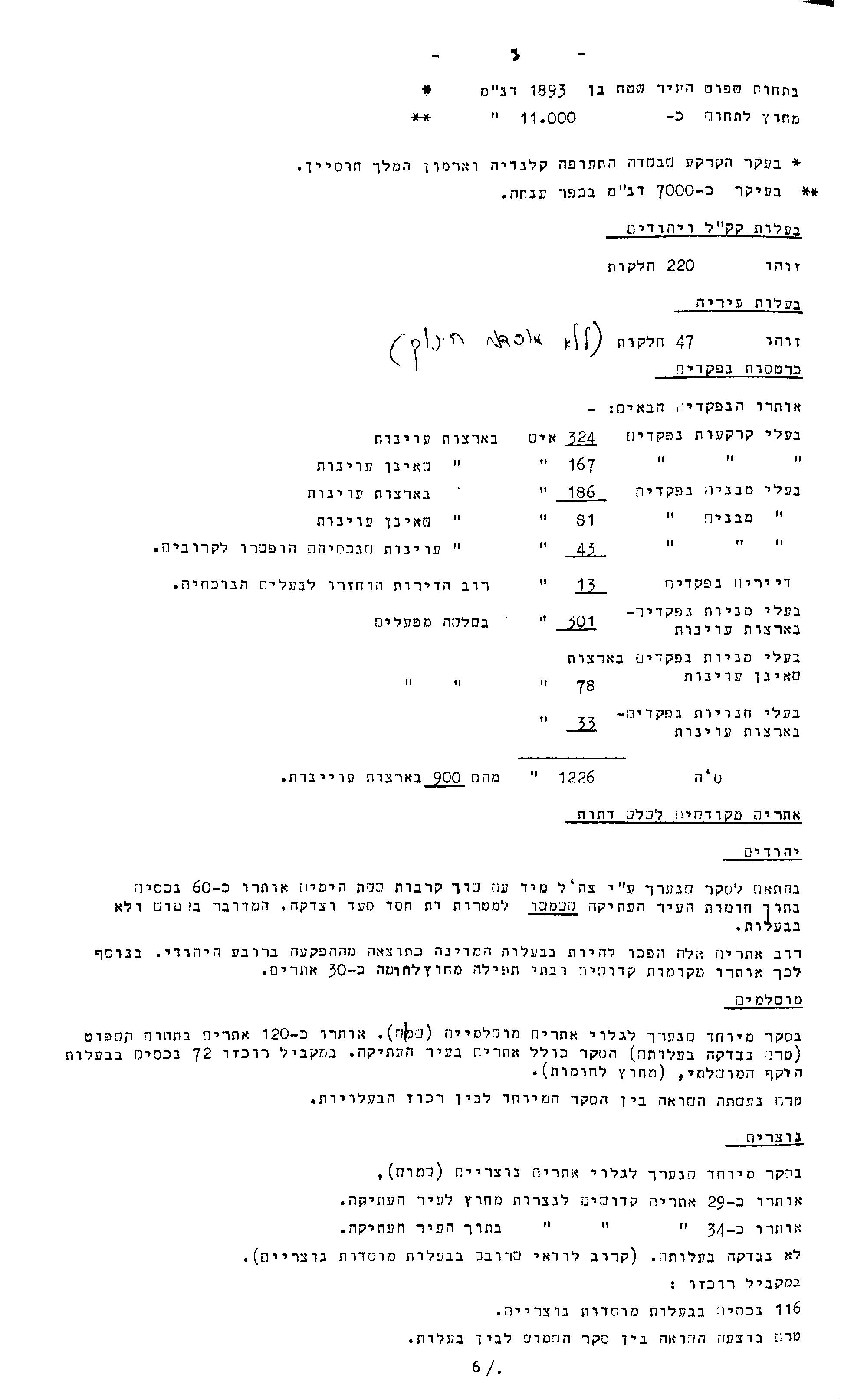 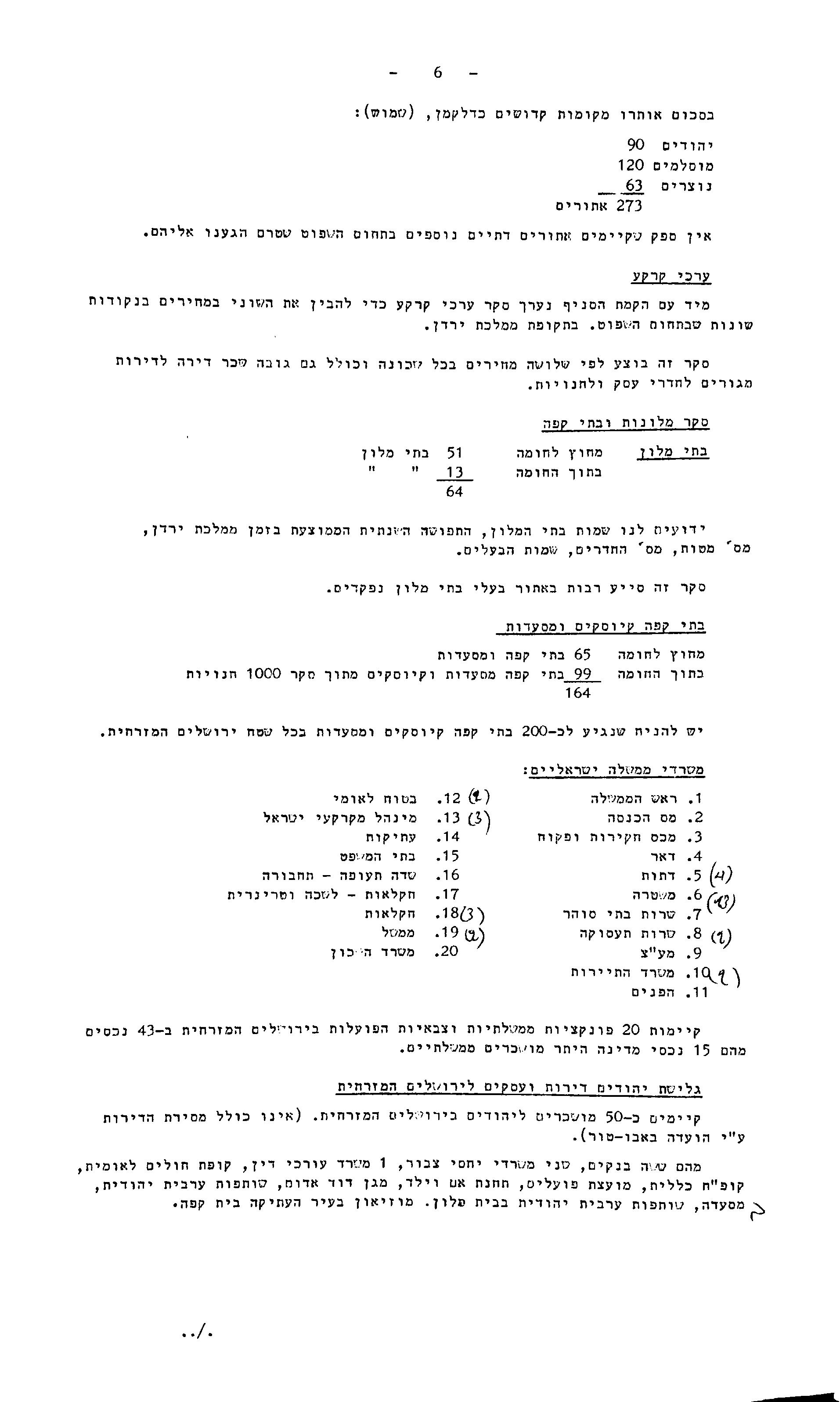 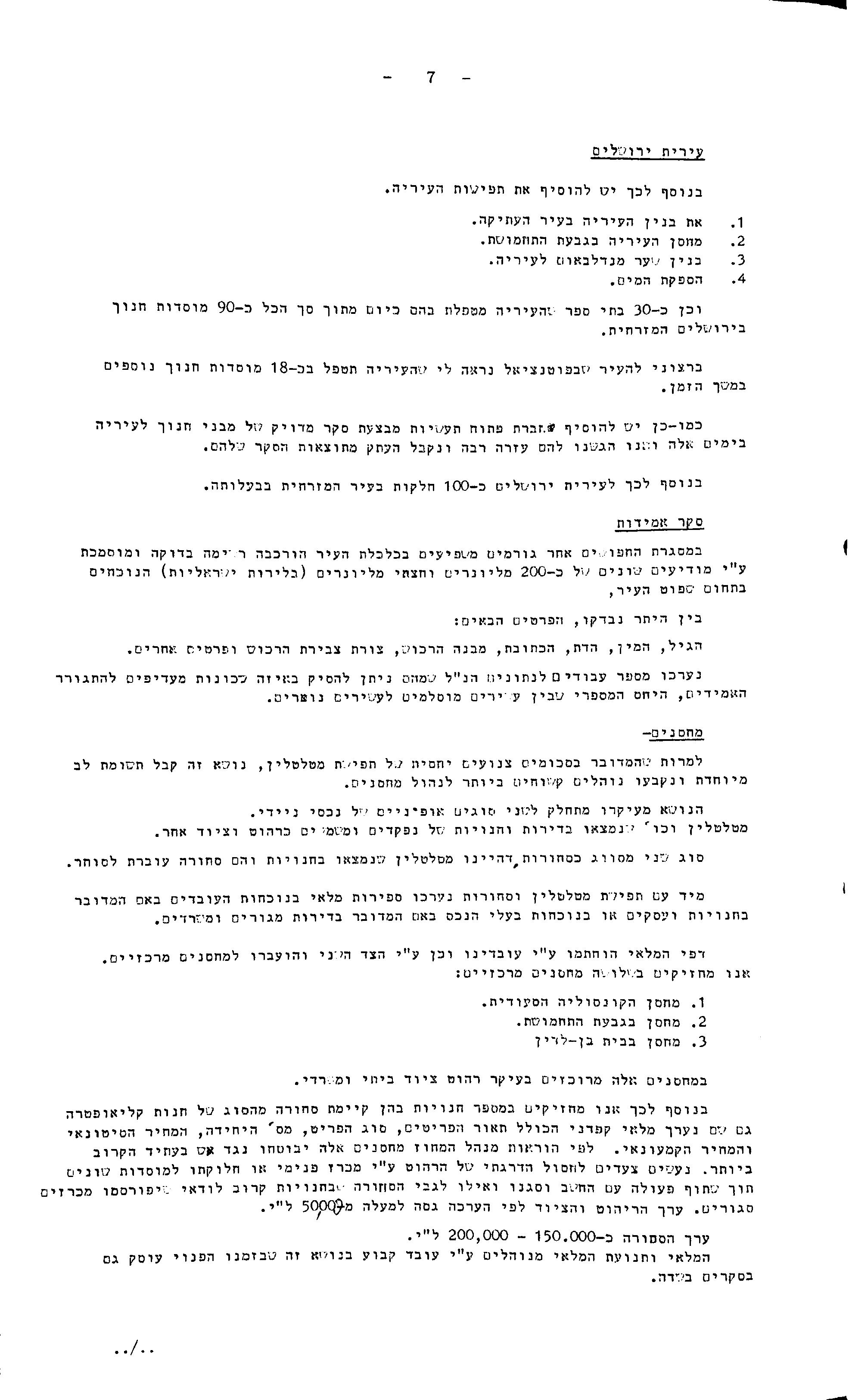 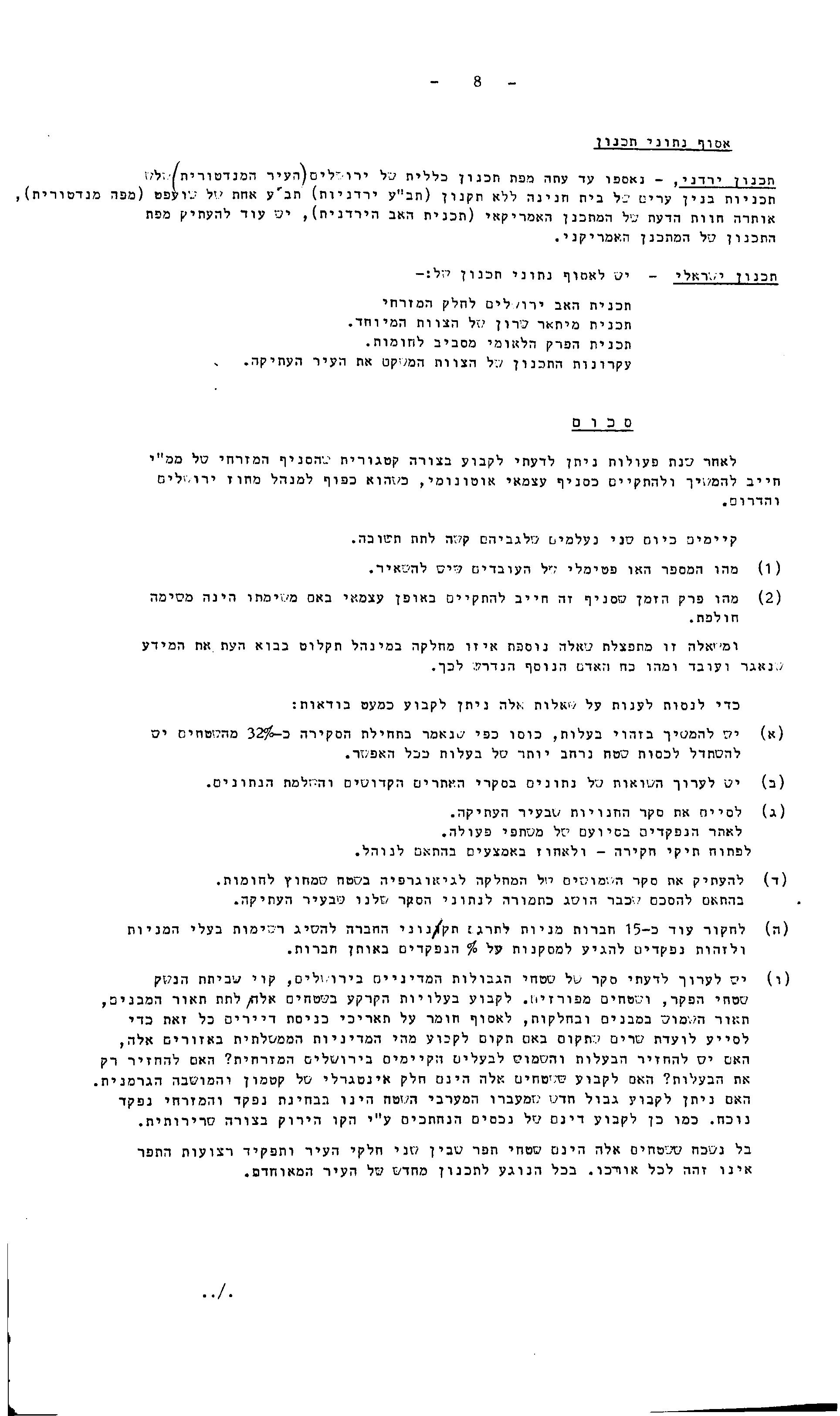 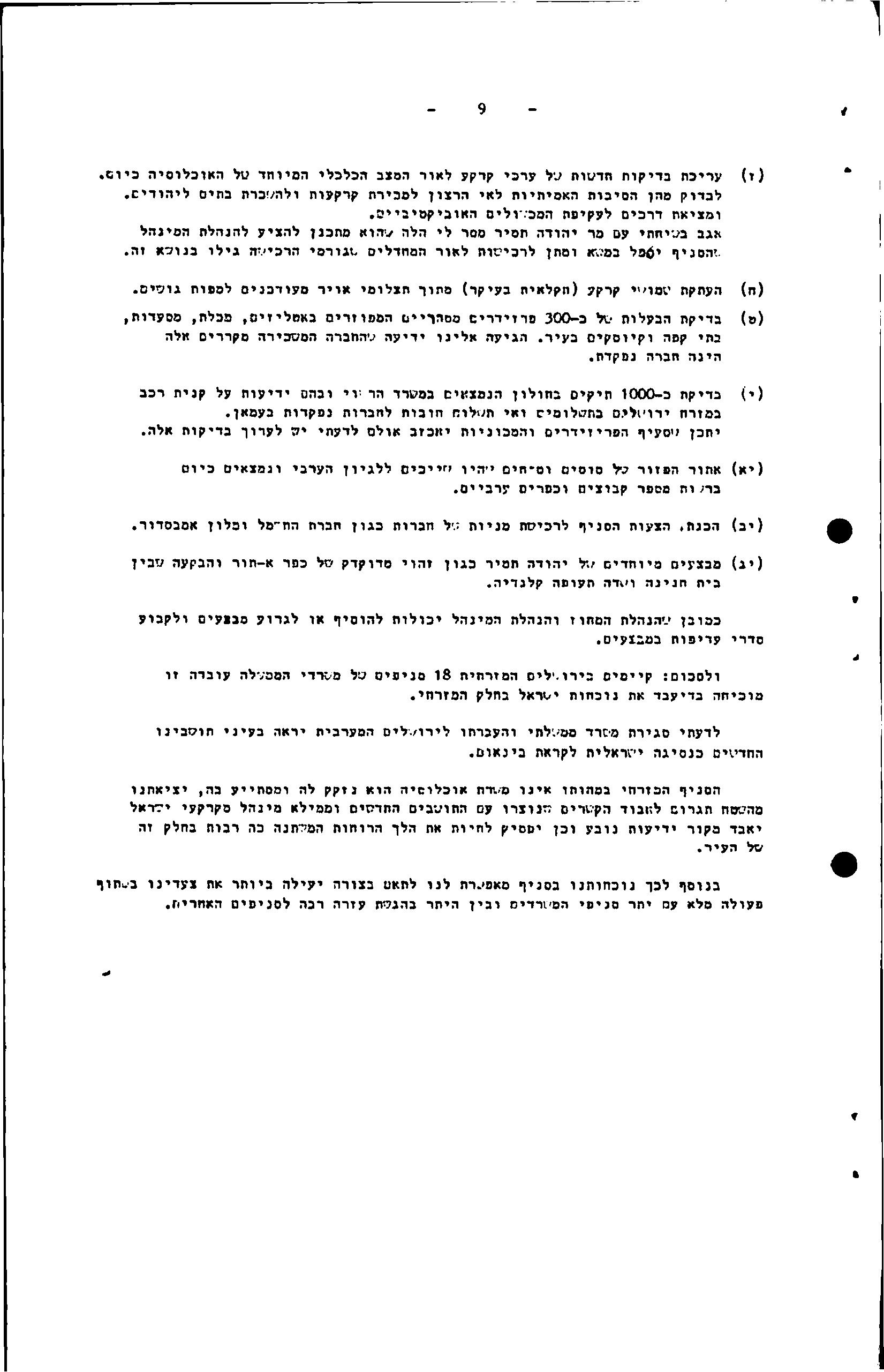 Large parts of the report reflect the work the ILA devoted to identifying and mapping out absentee property, that is, property belonging to Palestinians who left the city during and after the war. By the time the report was written, the branch had surveyed some 32% of East Jerusalem. Buildings, lots and businesses were carefully mapped in order to locate properties whose owners were considered “absentees”, and could therefore be transferred to the Israeli authorities (for a fact sheet on Israeli policy on Absentee property in Jerusalem, see NRC’s The Absentee Property Law and its Application to East Jerusalem). The authors of the report noted that “painstaking work” had been carried out, using Palestinian collaborators, to find out who among the thousands of shareholders in East Jerusalem public companies were considered “absentees”. The information was recorded in a separate absentee card catalog prepared at the branch. Records were also kept of the movable property the authorities had seized. Its value was estimated at 150,000 to 200,000 Israeli pounds (US$ 309,000-418,000), and it was earmarked for transfer to various institutions and for internal or closed bids.

The report also presents numerous findings regarding the state of East Jerusalem’ economy and demographics in this area in the early months after its creation and annexation to Israel. For instance, a “wealth survey” the ILA conducted identified about 200 millionaires and “semi-millionaires” living in East Jerusalem. Their personal information was recorded, together with details about their property, and their geographic location and religion were charted as well. 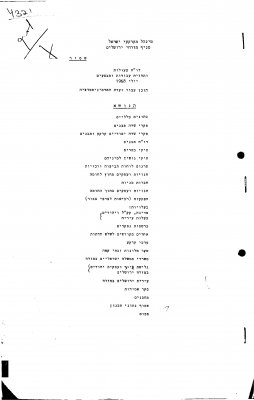