By the end of the 1948 war, Israel had seized vast areas populated with Palestinian villages and tribes. Several forums were set up to address this issue and discuss the possibility of relocating Palestinian communities in order to clear the area for future Jewish settlement. A document from December 1948 contains a detailed proposal for the transfer of villages and Bedouin tribes that remained in the eastern Galilee to Palestinian villages where “room has become available” following the war. 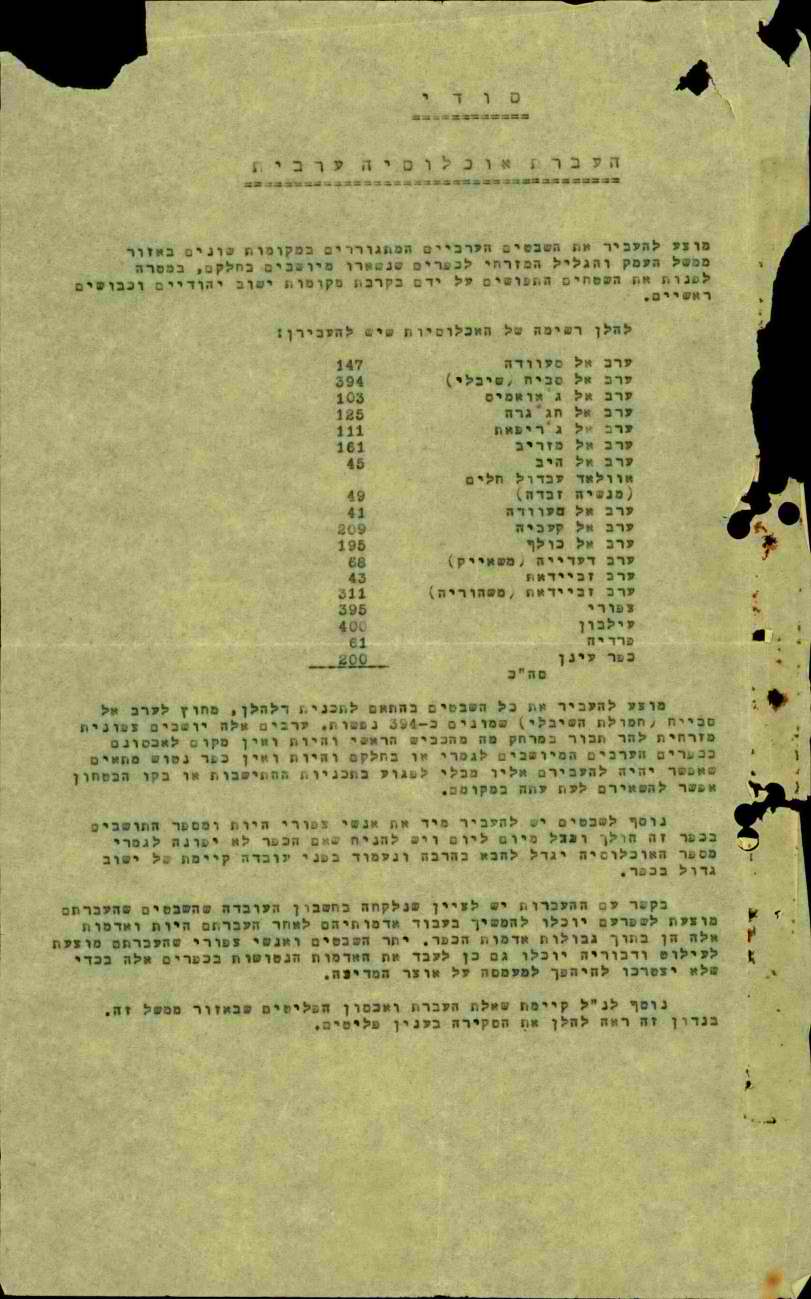 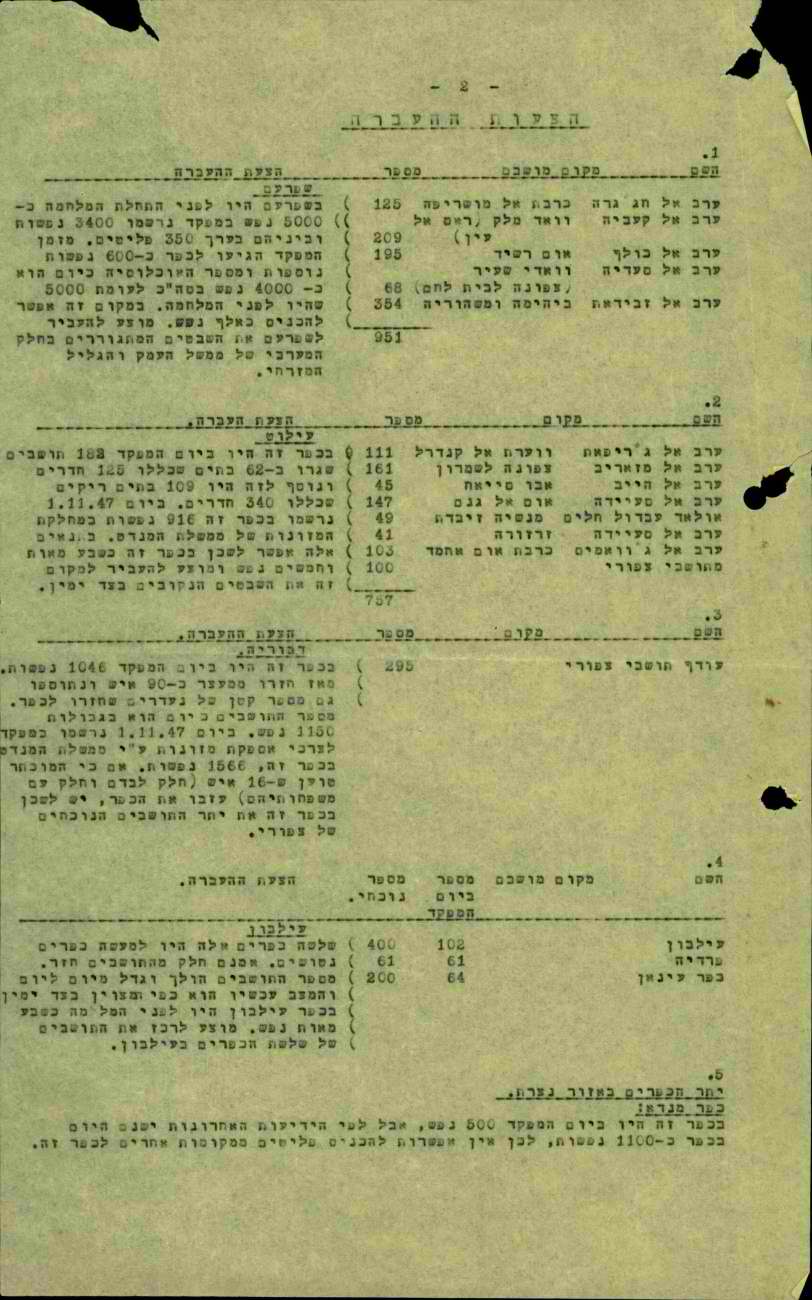 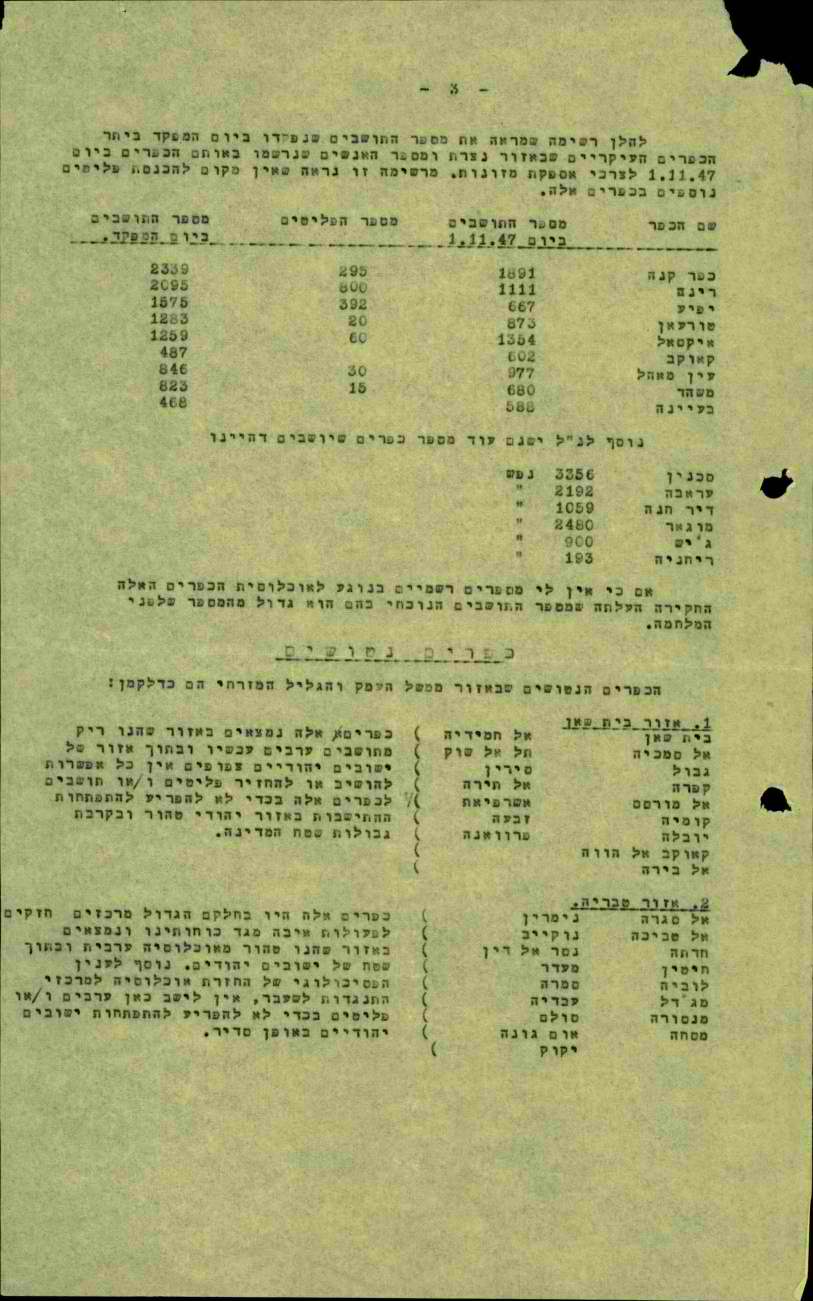 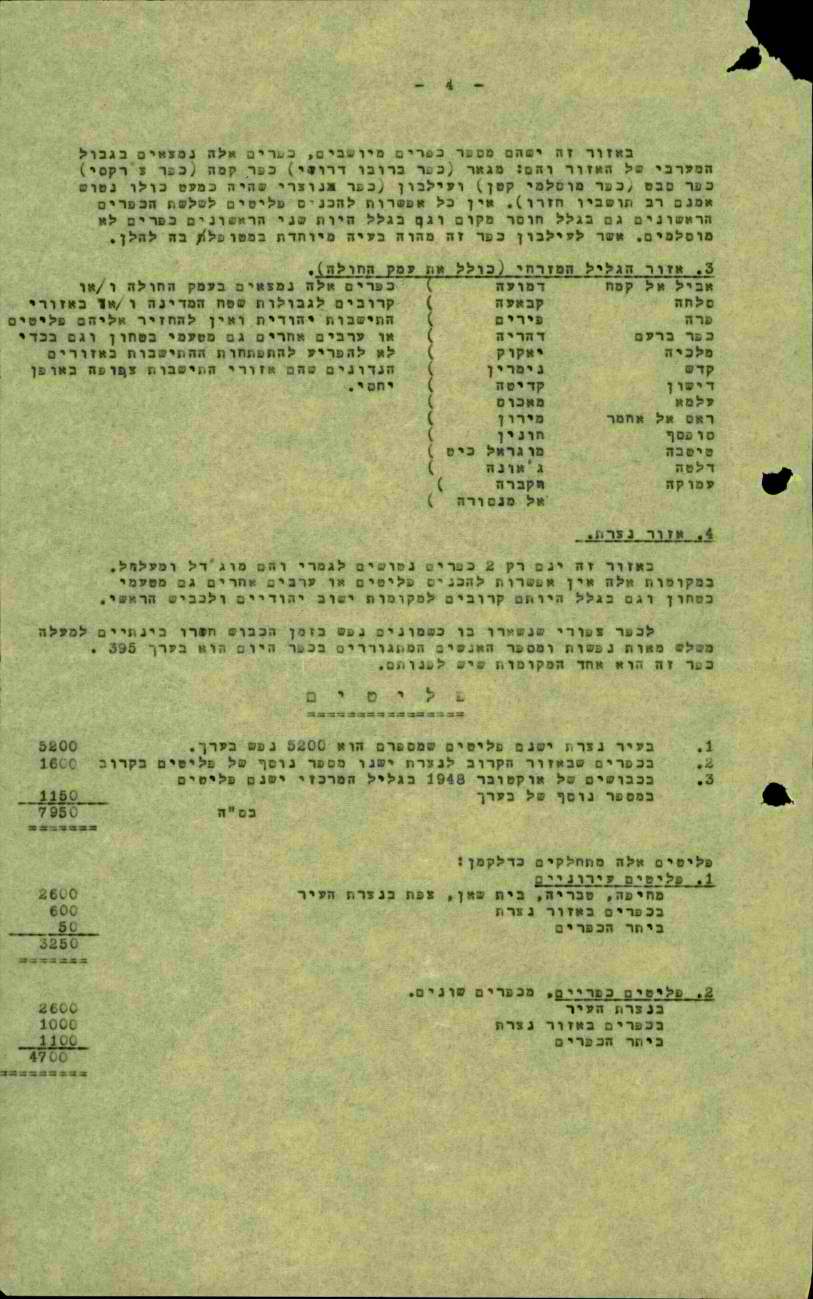 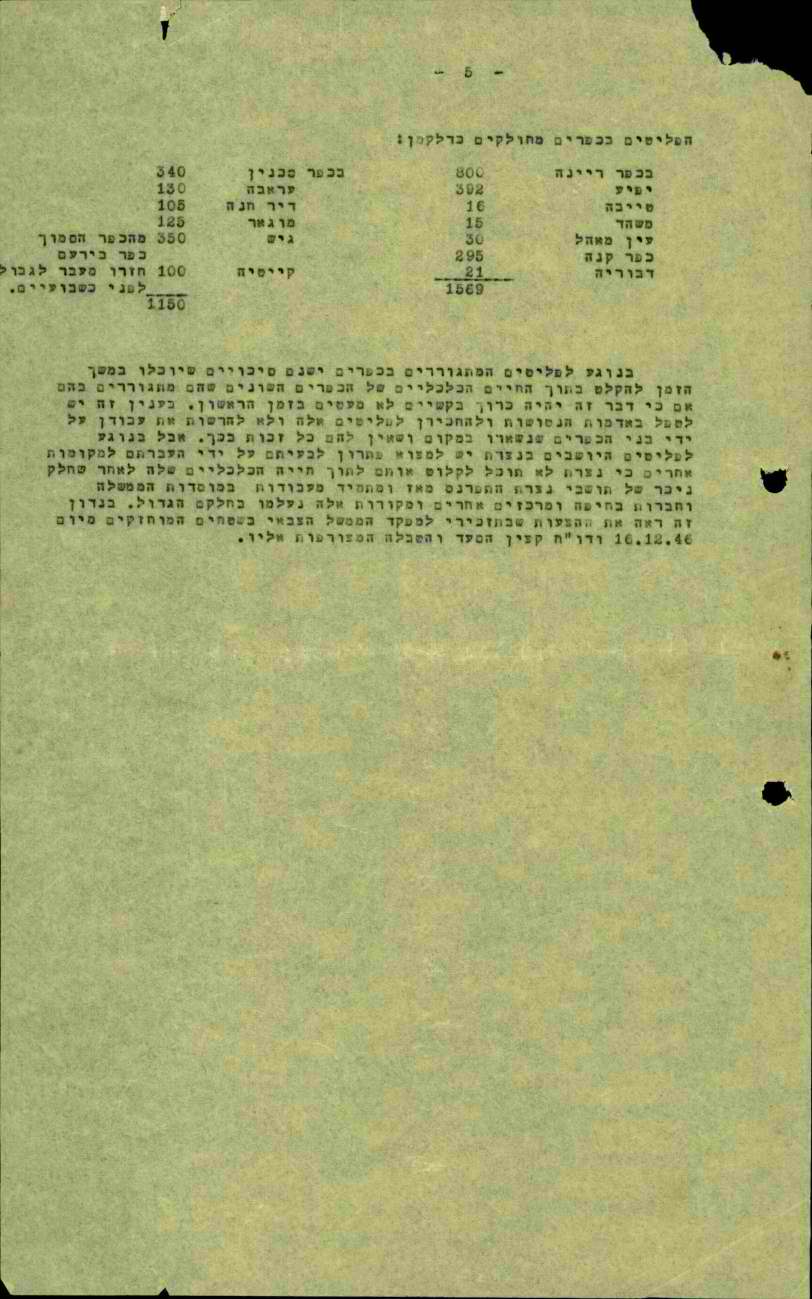 The plan outlined in this document refers to the future relocation of thousands of Palestinians who lived in 18 villages and hamlets in the Jezreel Valley and eastern Galilee. The plan was apparently drafted by a member of the Ministry of Minority Affairs (the ministry headed by Minister Shalom Bechor Sheetrit functioned until mid-1949). No recipient is mentioned. According to the plan, residents of the villages and hamlets would be transferred from their current locations and concentrated in villages where “room has become available” as they had been fully or partially depopulated, on the condition that this does not interfere with Jewish settlement plans or cause a security threat. The plan contains a list of depopulated villages that should not be used for this purpose because they are located in Jewish settlement zones or near the border, or because they have already been cleared of Palestinian residents. The document also lists the number of refugees in Nazareth and nearby villages. 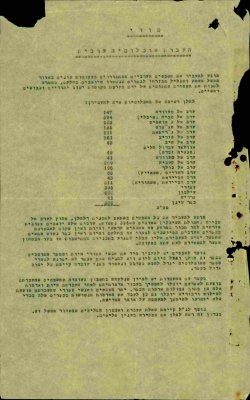 Plan by the Ministry of Minority Affairs, December 1948