The Bedouin Siyag plan: “Facilitating control on the ground” and “creating enclaves to break contiguity.”

The Siyag area was established with the aim of concentrating the Bedouins who remained in Israel after the 1948 war and enabling control of their movements. It stretched over 1.1 million dunams, or some 10% of the Negev (or in Arabic Naqab). A document from June 1956 lists several changes to the Siyag’s boundaries and refers to the transfer of Bedouins in the service of Israeli interests in the area. 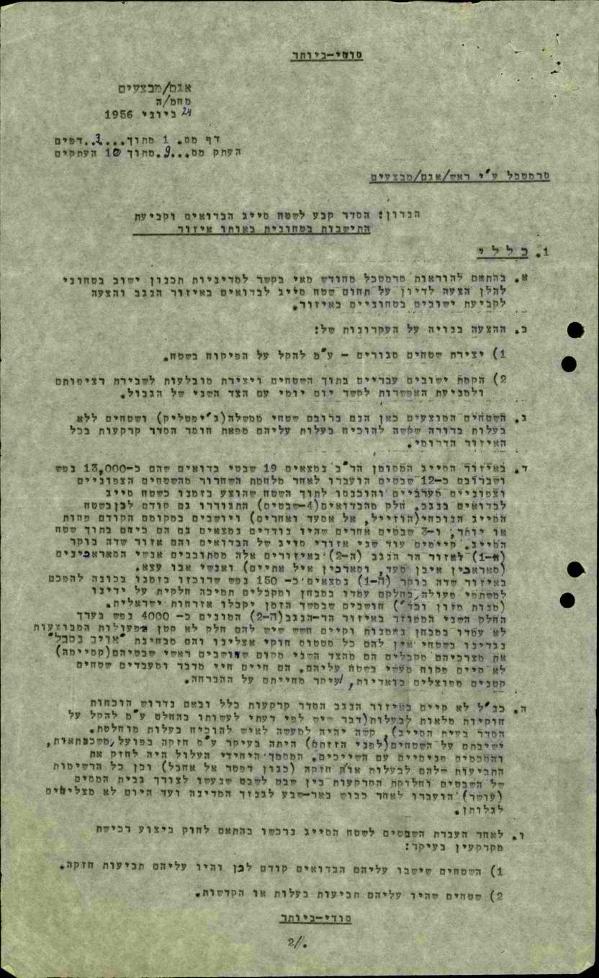 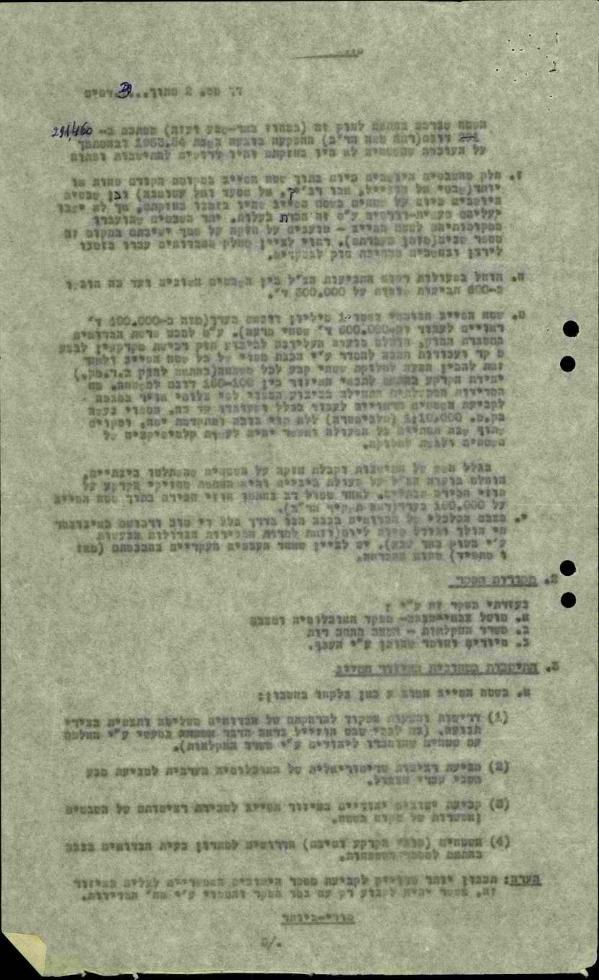 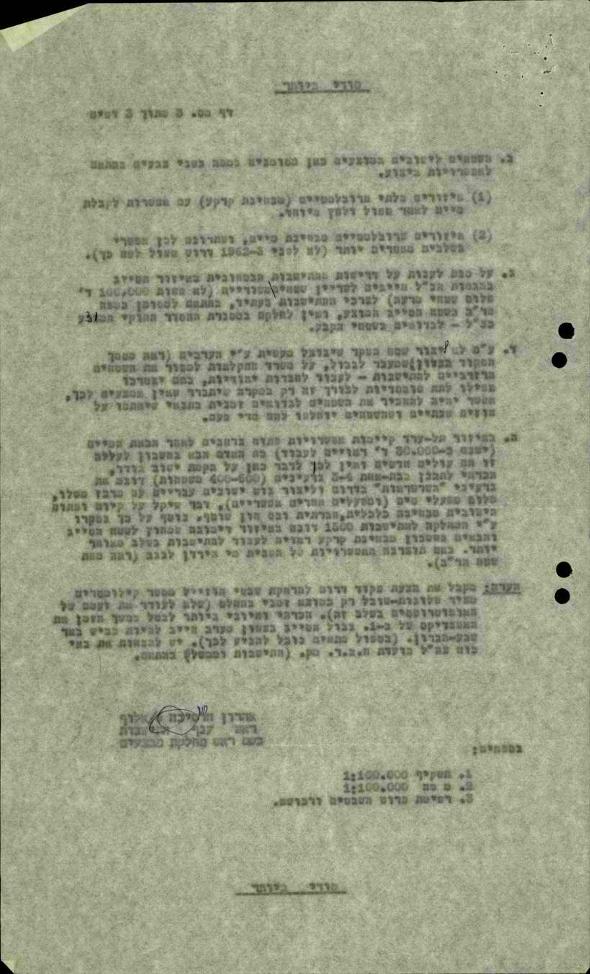 In a letter addressed to Chief of Staff Moshe Dayan, the head of the Operations Directorate Settlement Branch, proposes a permanent plan for the Siyag. The plan includes details about areas where Bedouin claim titles to land and a summary of areas where action had been taken to “resolve” these claims and secure possession of the land. The plan further details the principles that guided the Siyag’s boundaries, including “removing the Bedouins from positions of control and observation in traffic areas” and “preventing territorial contiguity of the Arab population to avoid contact on both sides of the border.” Another reason was the establishment of Jewish communities, referred to as “security settlements,” inside the Siyag “to disrupt tribal contiguity.” 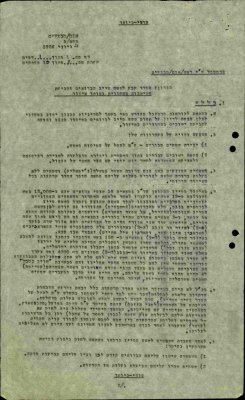