Exactly one month after the 1967 Six-Days War broke out, Military Advocate General, Col. Meir Shamgar has briefed the Knesset’s Constitution, Law and Justice Committee on the military legal corps response to its duties resulting from the recent occupation of the West Bank, Gaza Strip, Sini Peninsula and Golan Heights. 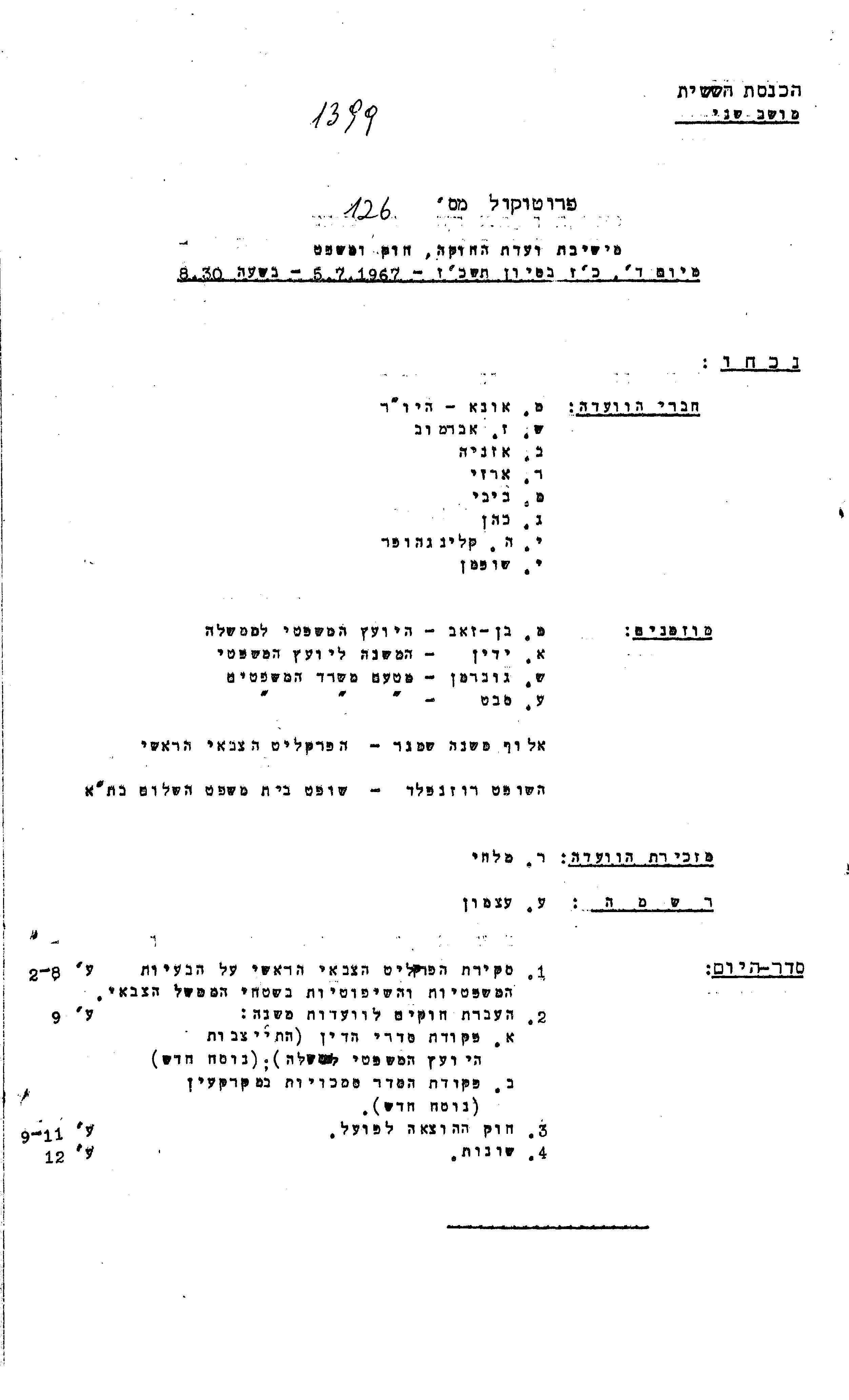 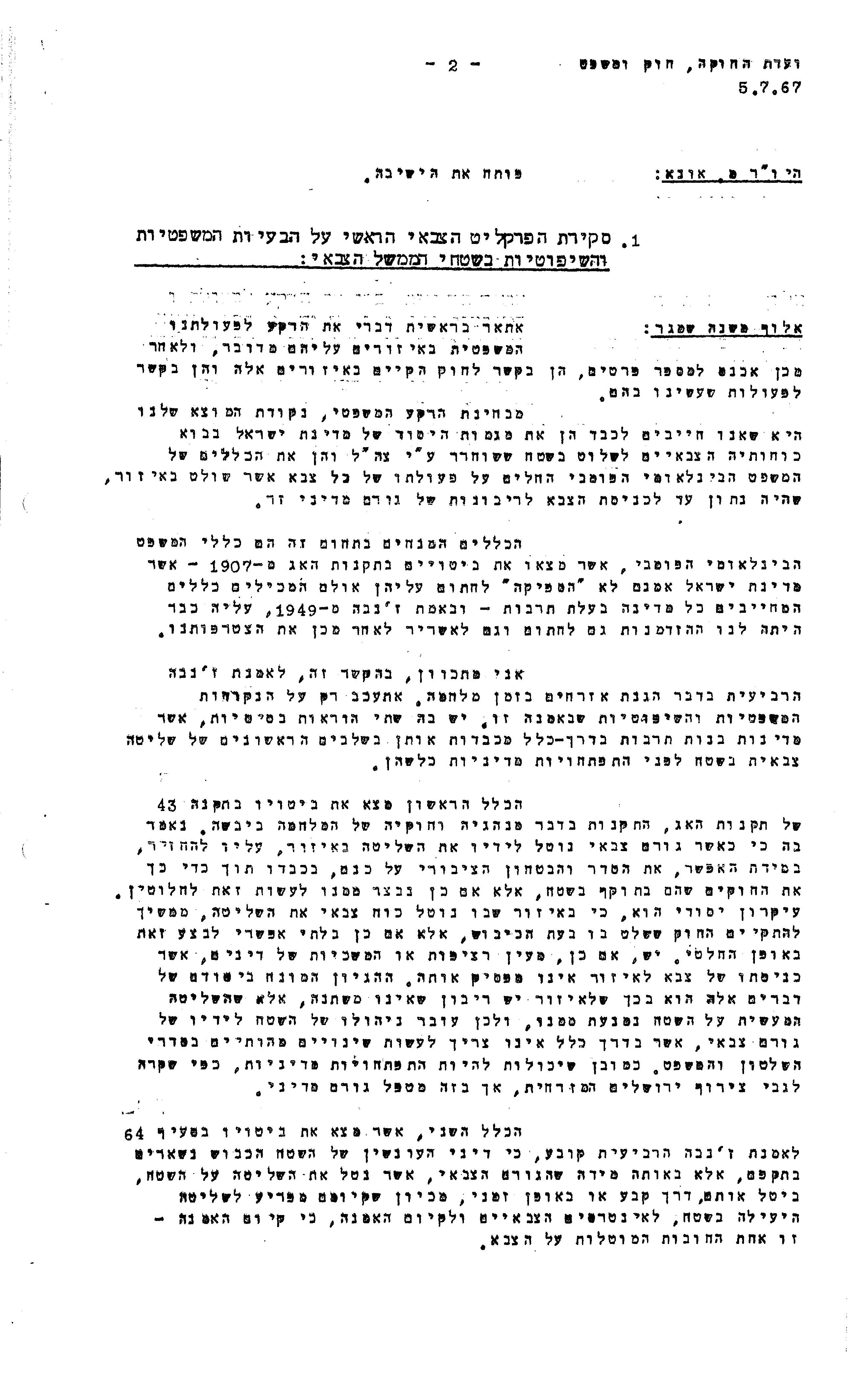 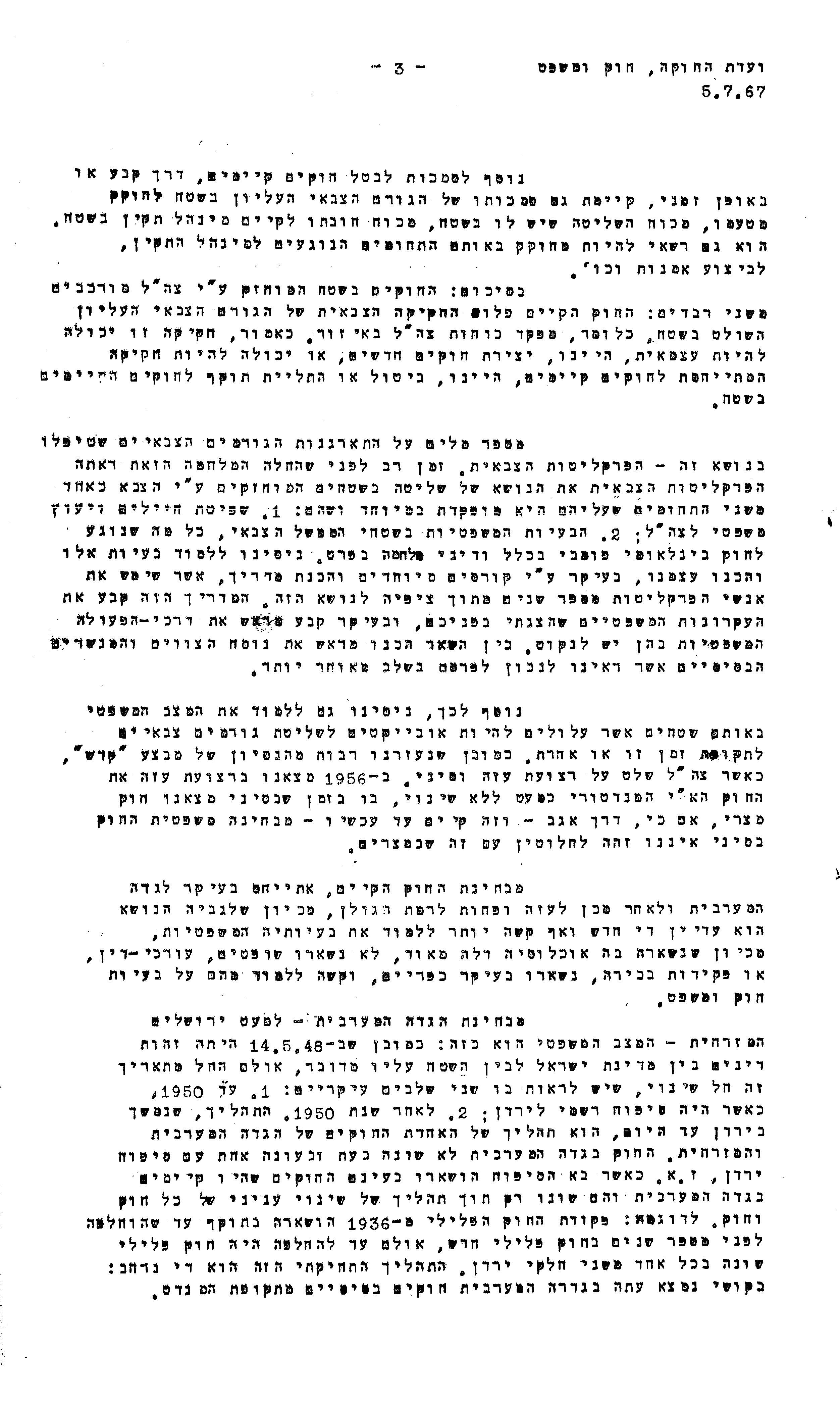 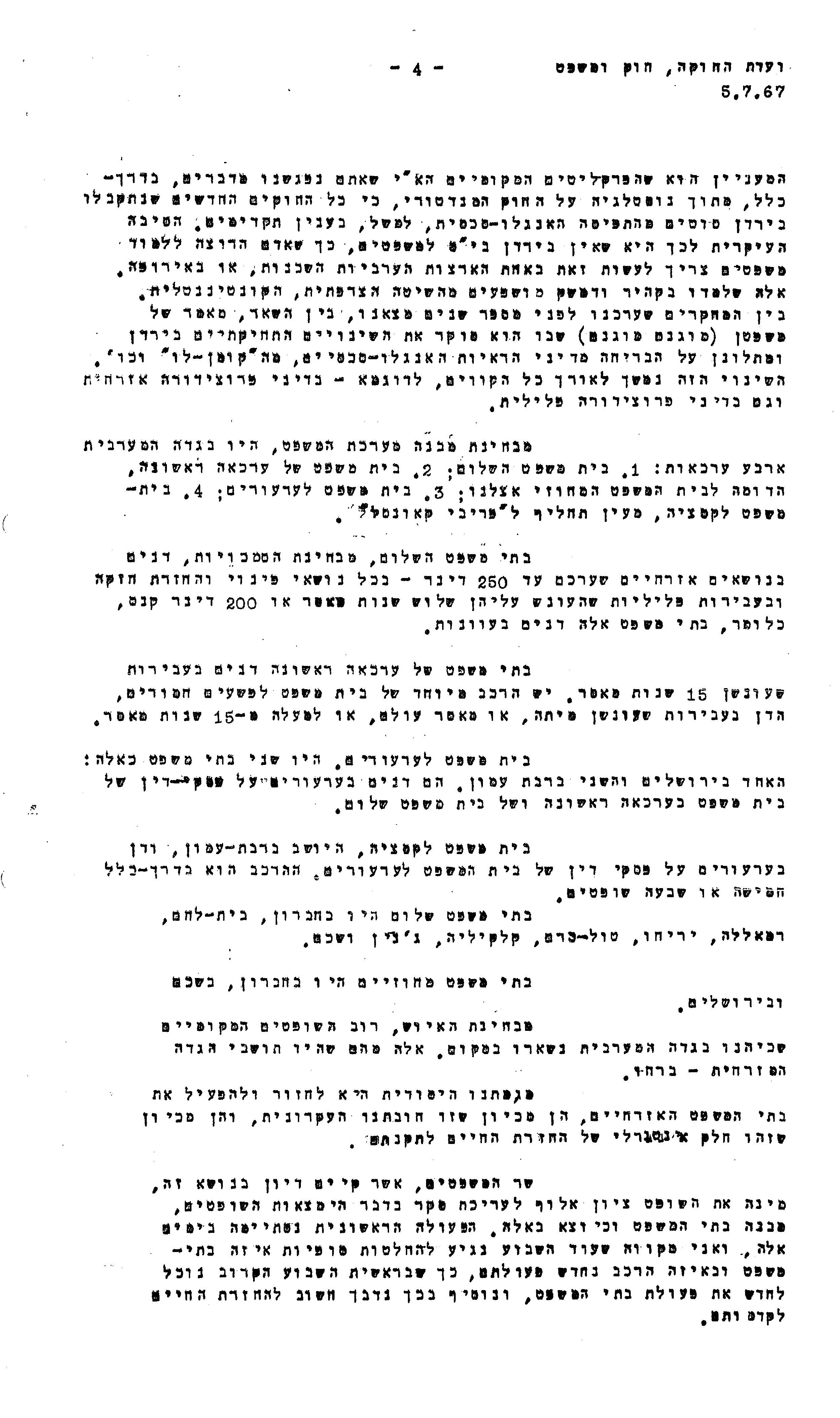 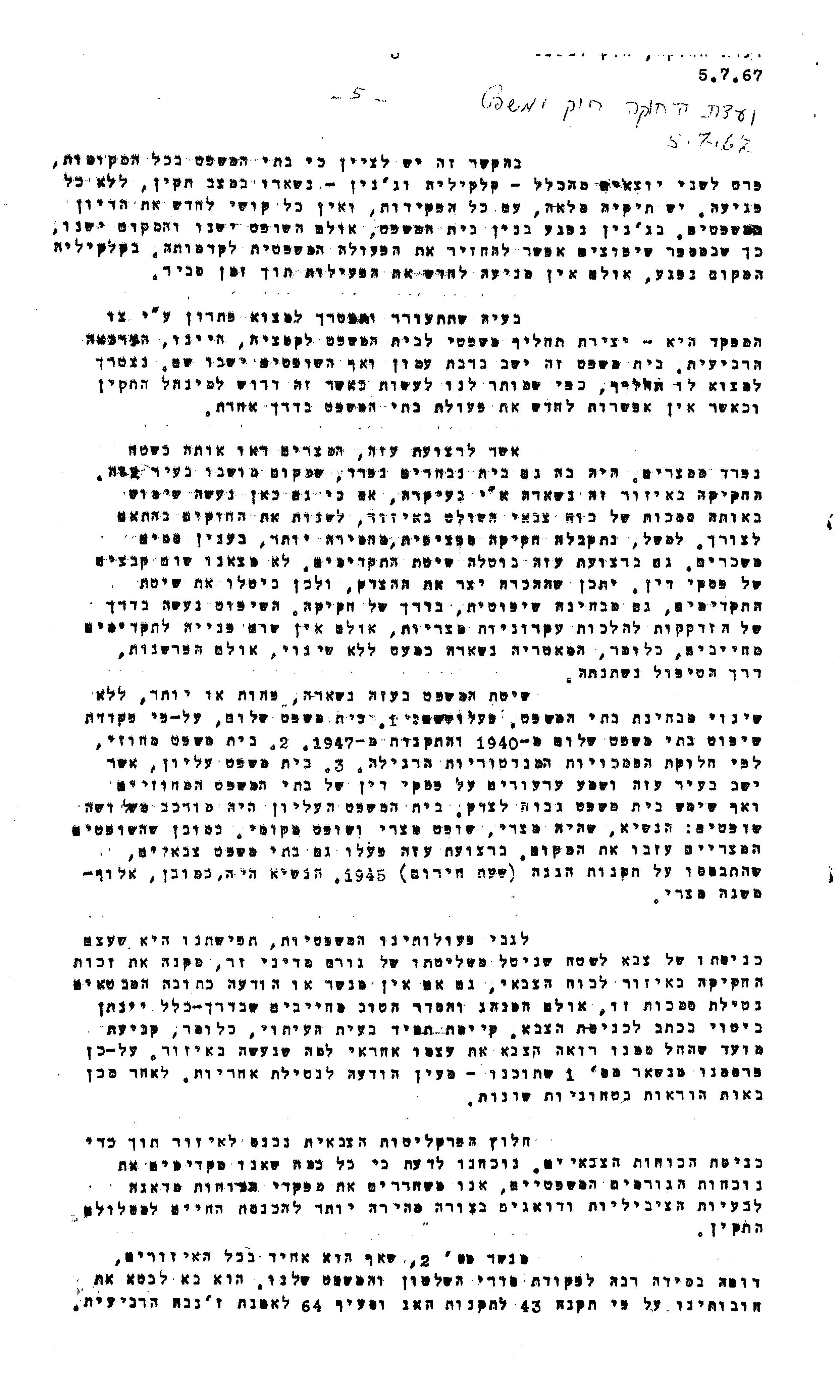 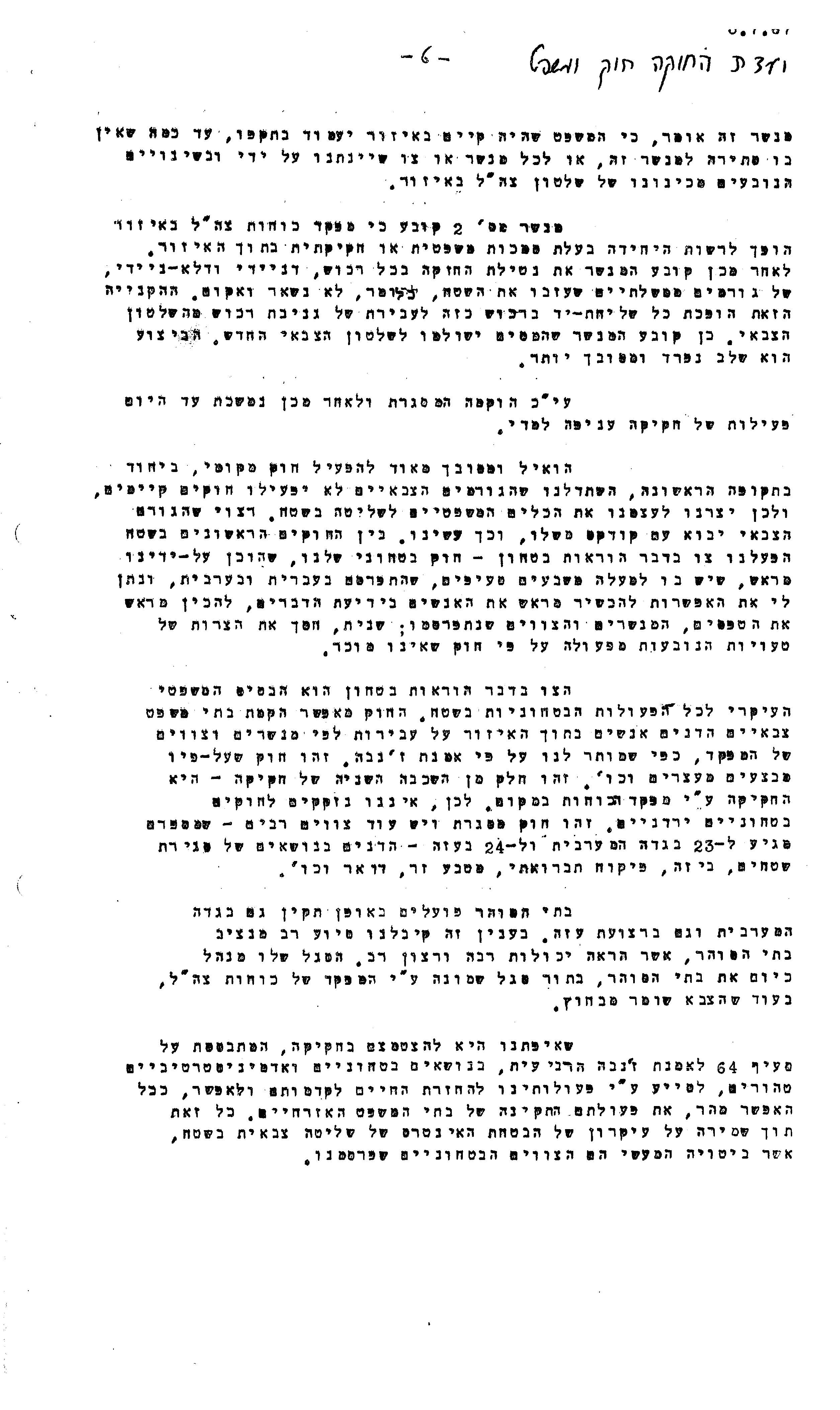 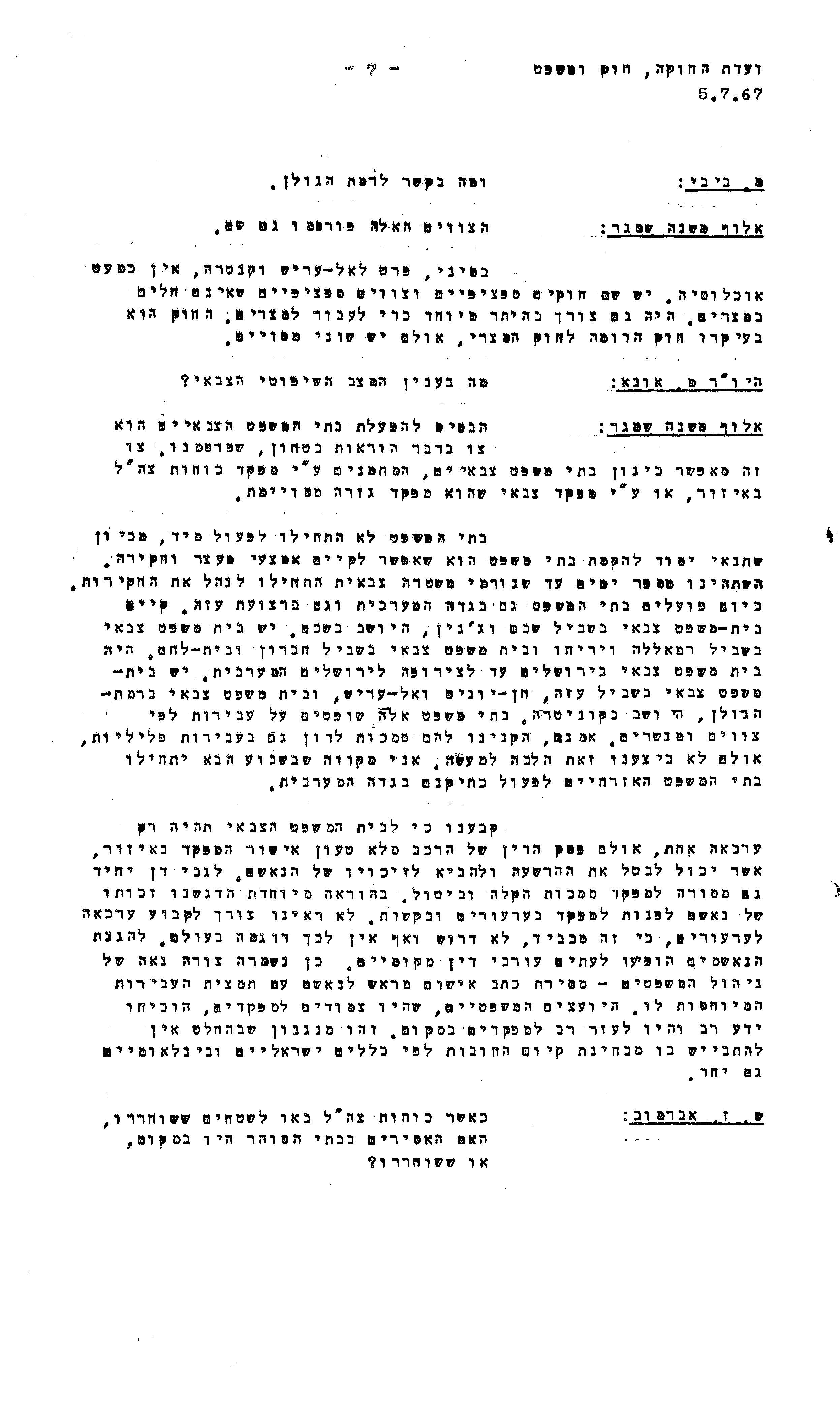 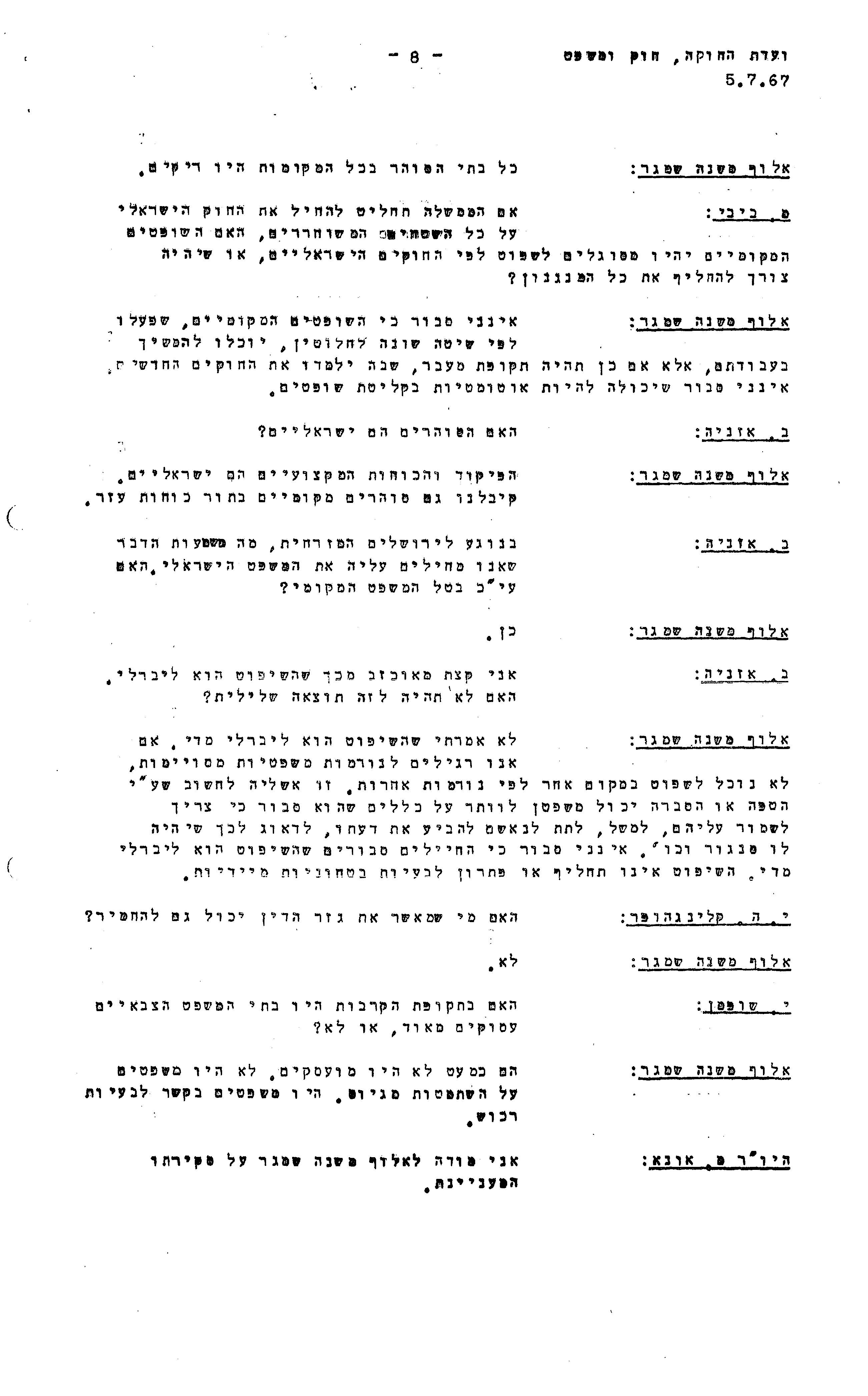 The MAG reviewed, among other things, the rules of international law on administering occupied territories (including the Fourth Geneva Convention and 1907 Hague Regulations), the MAG Corps preparations to occupation, the existing legal systems in the occupied territories and setting up a military justice system there.

Colonel Shamgar has led the MAG Corps preparations for occupation before the 1967 war, and as a MAG, Attorney General (1968-1975) and Supreme Court Justice and Chief Justice (1983-1995) was one of the chief designers of Israeli policies in the Occupied Territories. 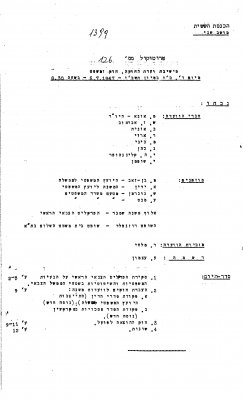