About the dangers of annexing the West Bank: Eliyahu Sasson’s Letters

Talk about annexation is as old as the occupation, and has accompanied, at varying intensities, Israel’s rule over the territories it captured in the 1967 War from the very beginning. The resurgence of annexation in the political arena and its return to public discourse present an opportunity to revisit a series of letters written to Prime Minister Levi Eshkol by Eliyahu Sasson, A leading political figure and authority on Arab-Jewish relations, entitled “The Fate of the West Bank”. In the documents, Sasson clearly explains why he staunchly opposes annexing the West Bank. 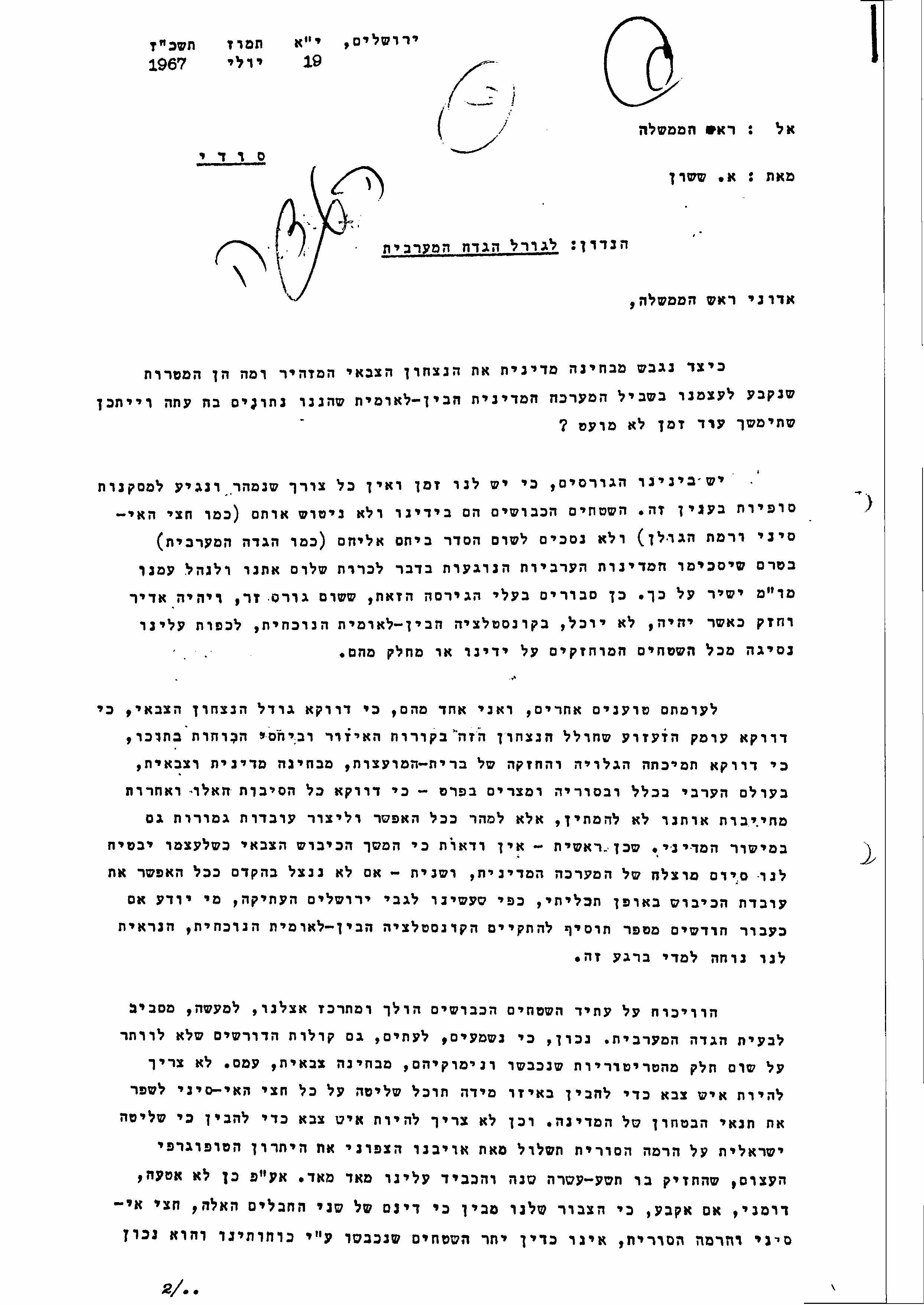 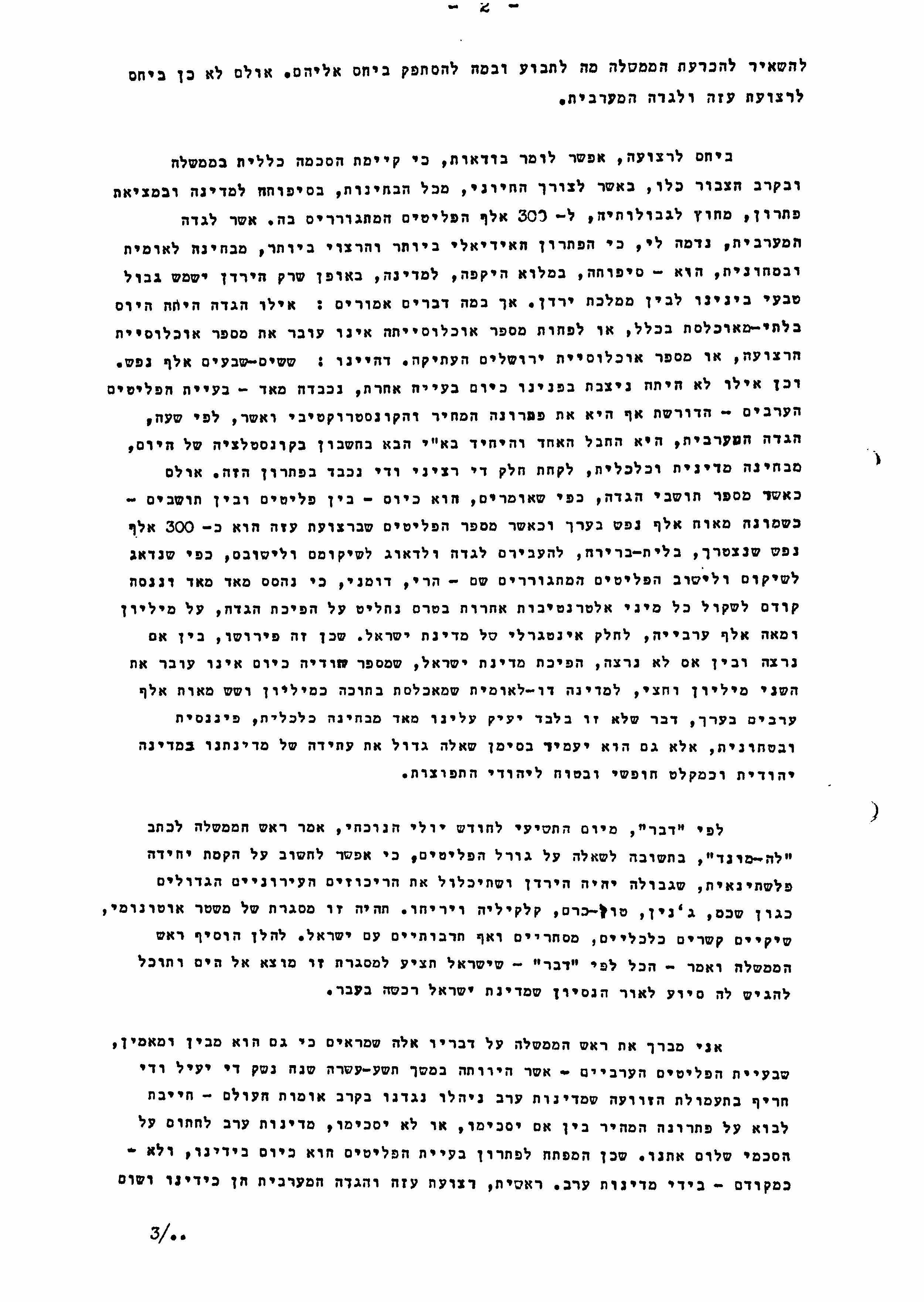 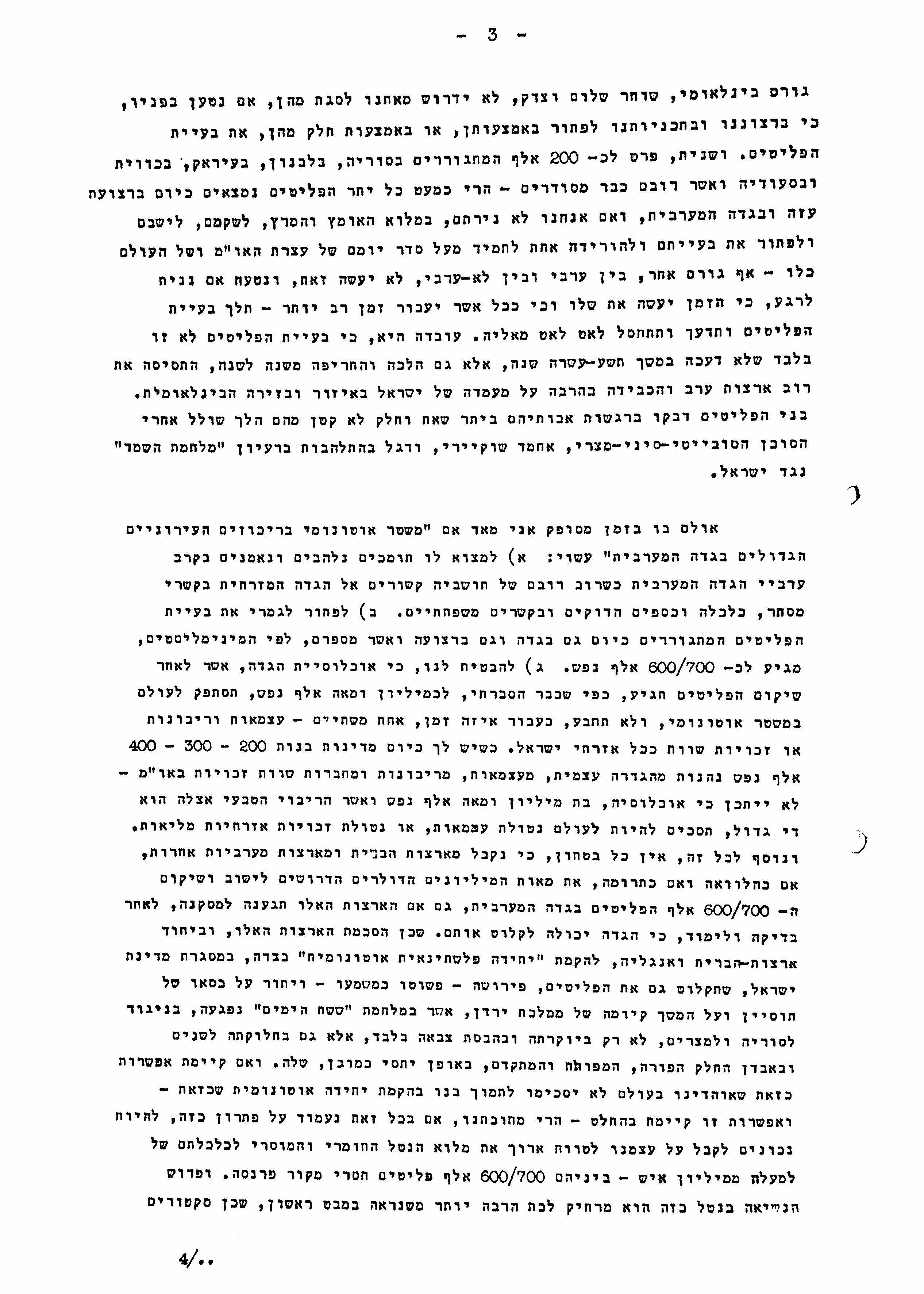 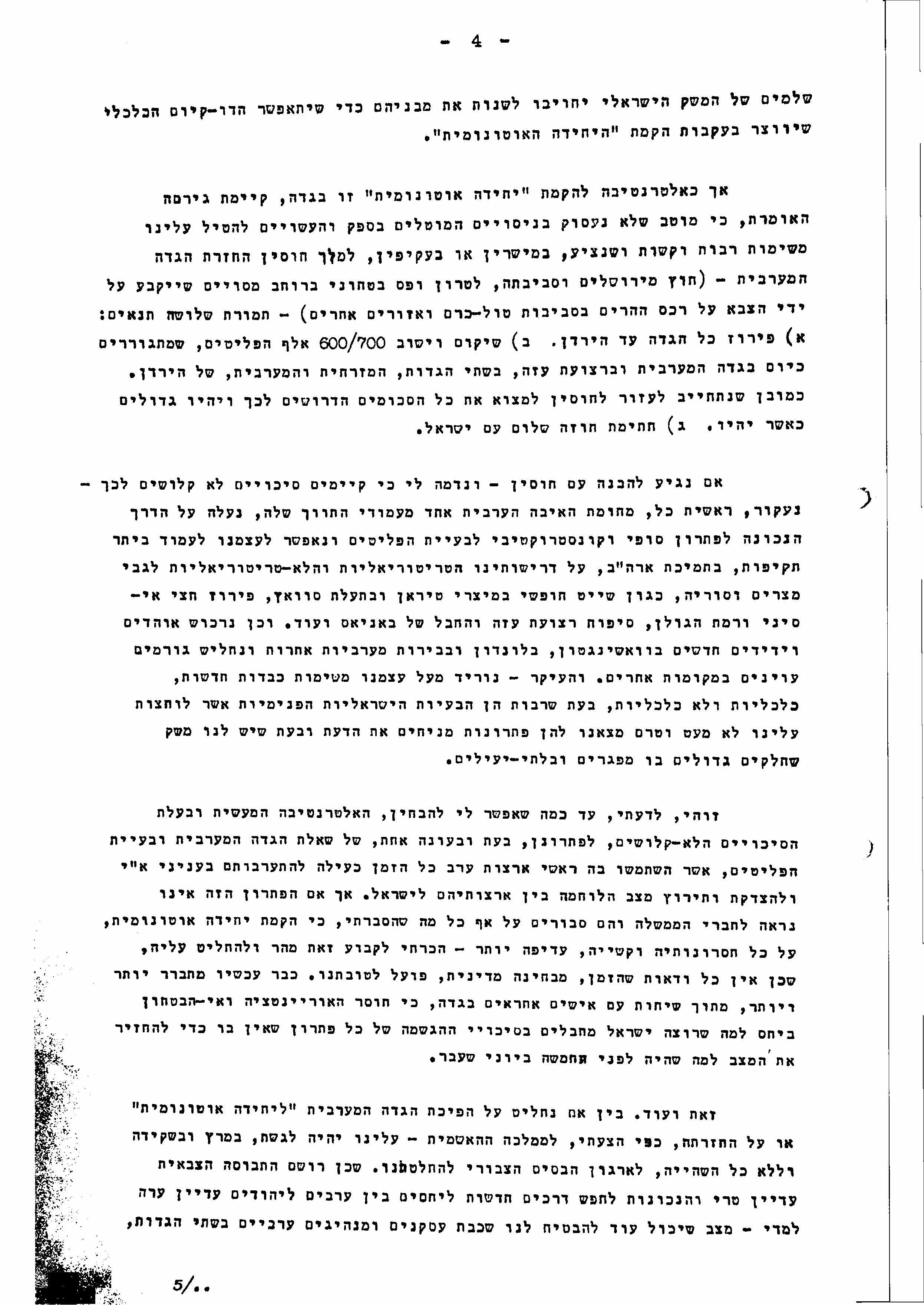 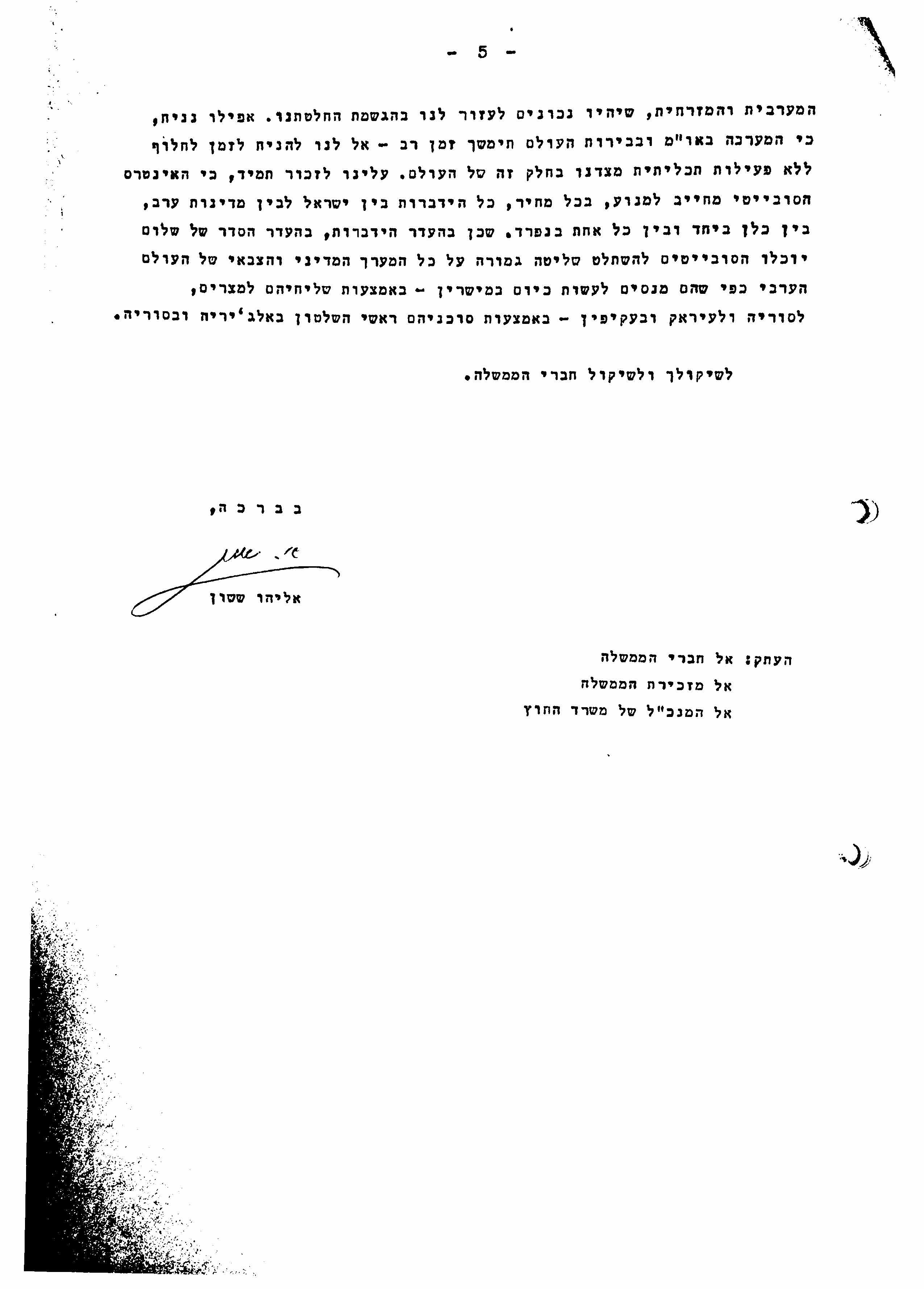 In the first of a series of letters concerning the future of the West Bank Sasson sent PM Eshkol, he lists the options Israel has with respect to the West Bank and details the dangers of annexation. Sasson believes connecting the West Bank with the Jordanian kingdom was Israel’s best option, but that establishing an “autonomous unit” was also on the table. 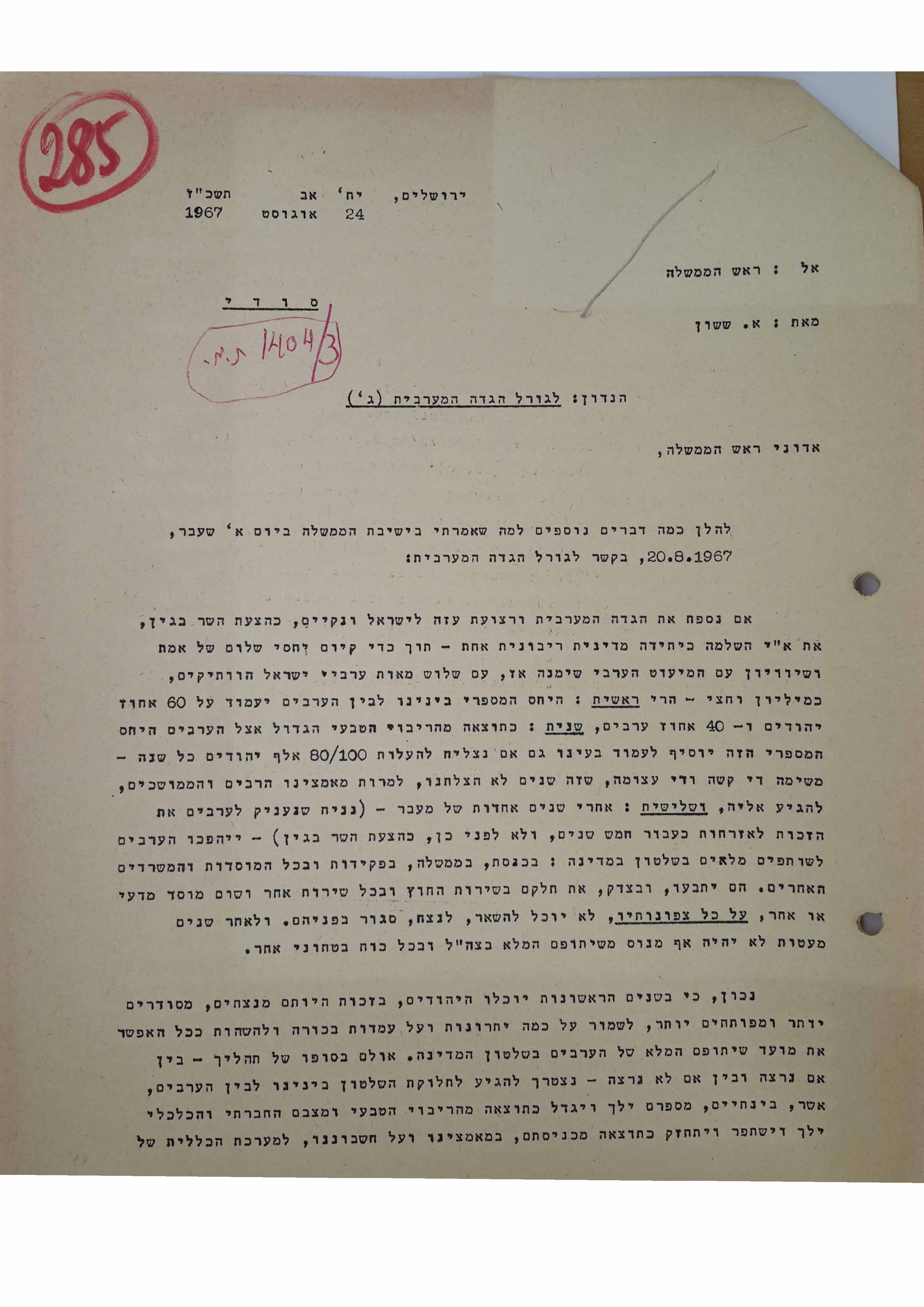 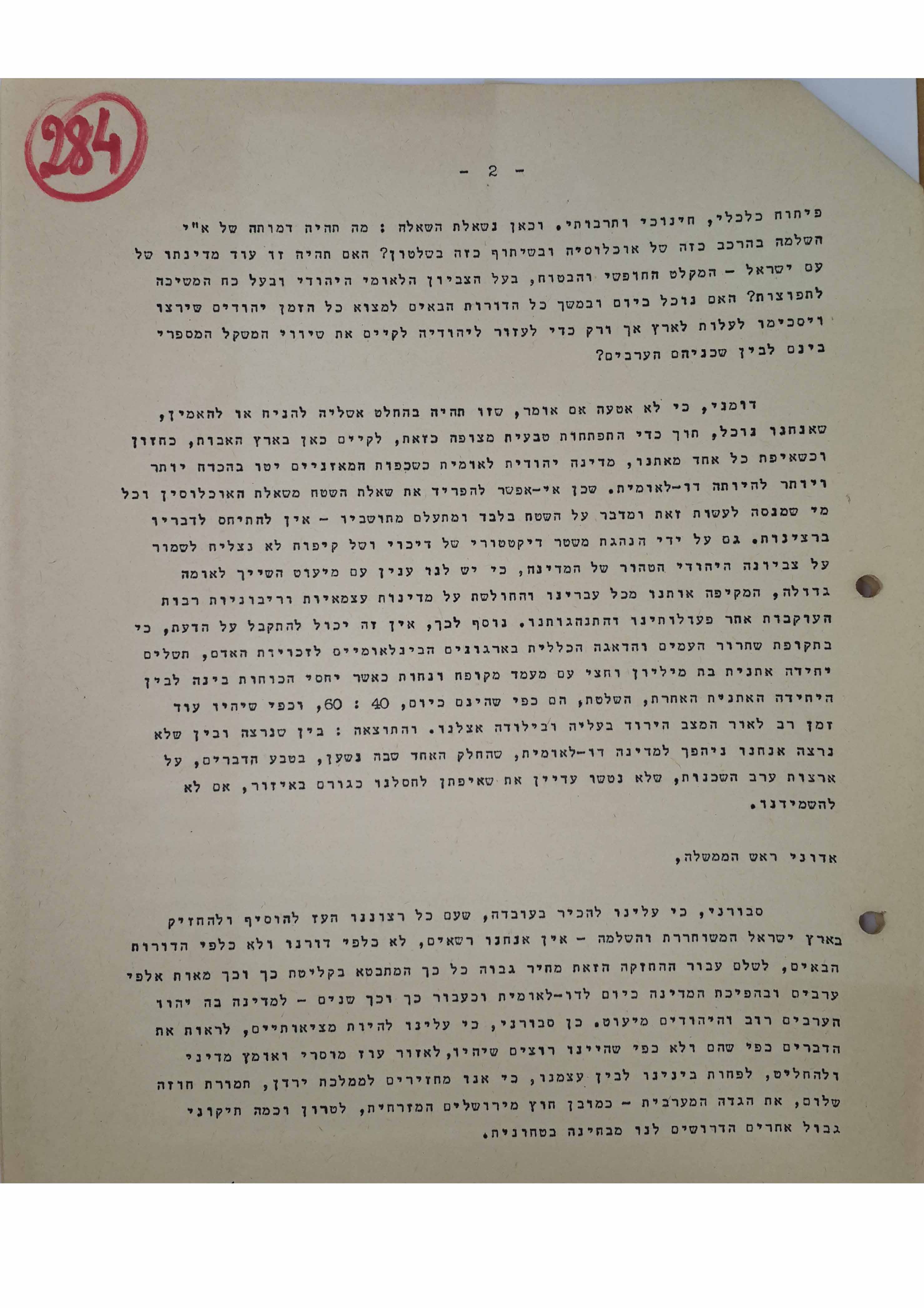 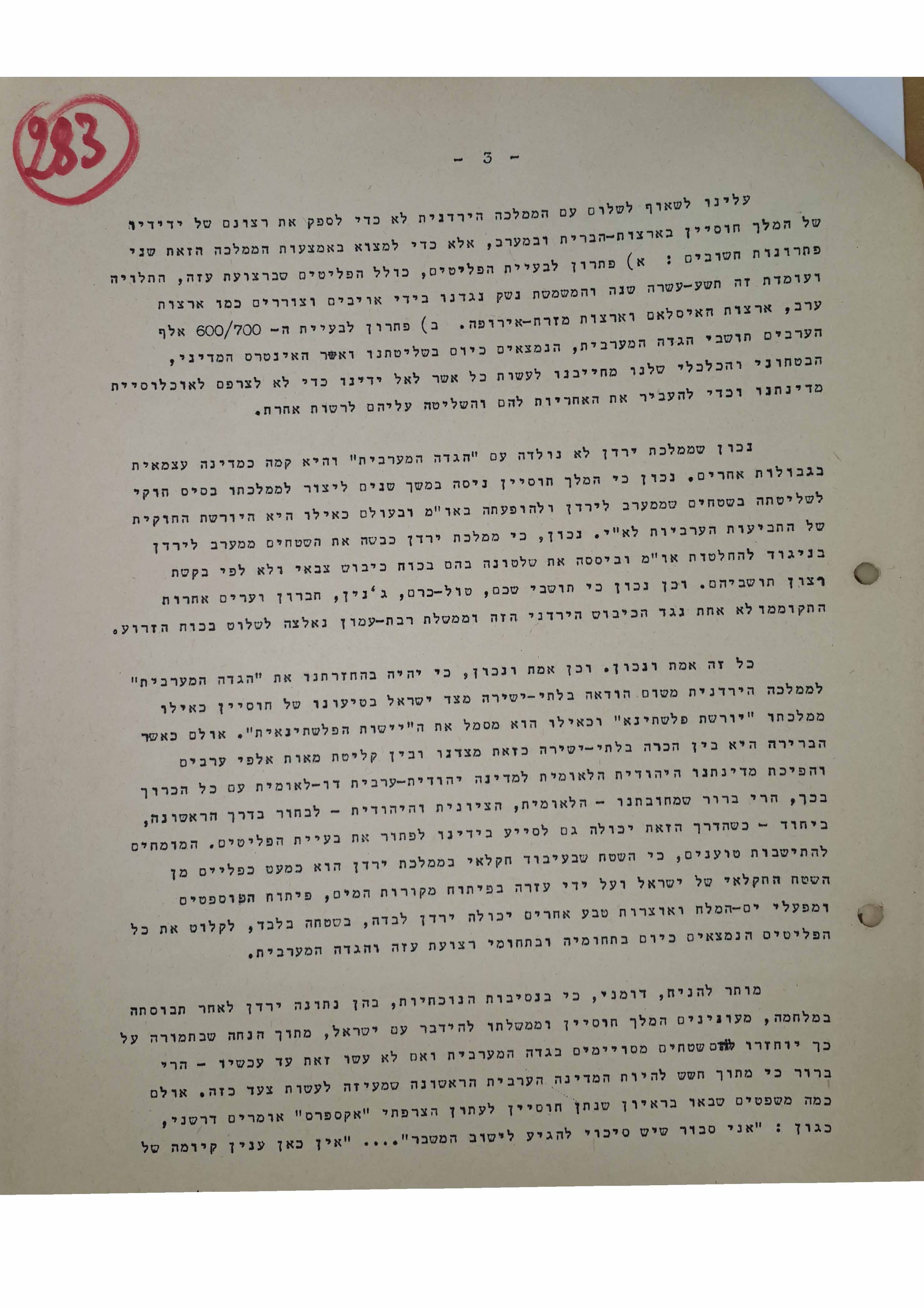 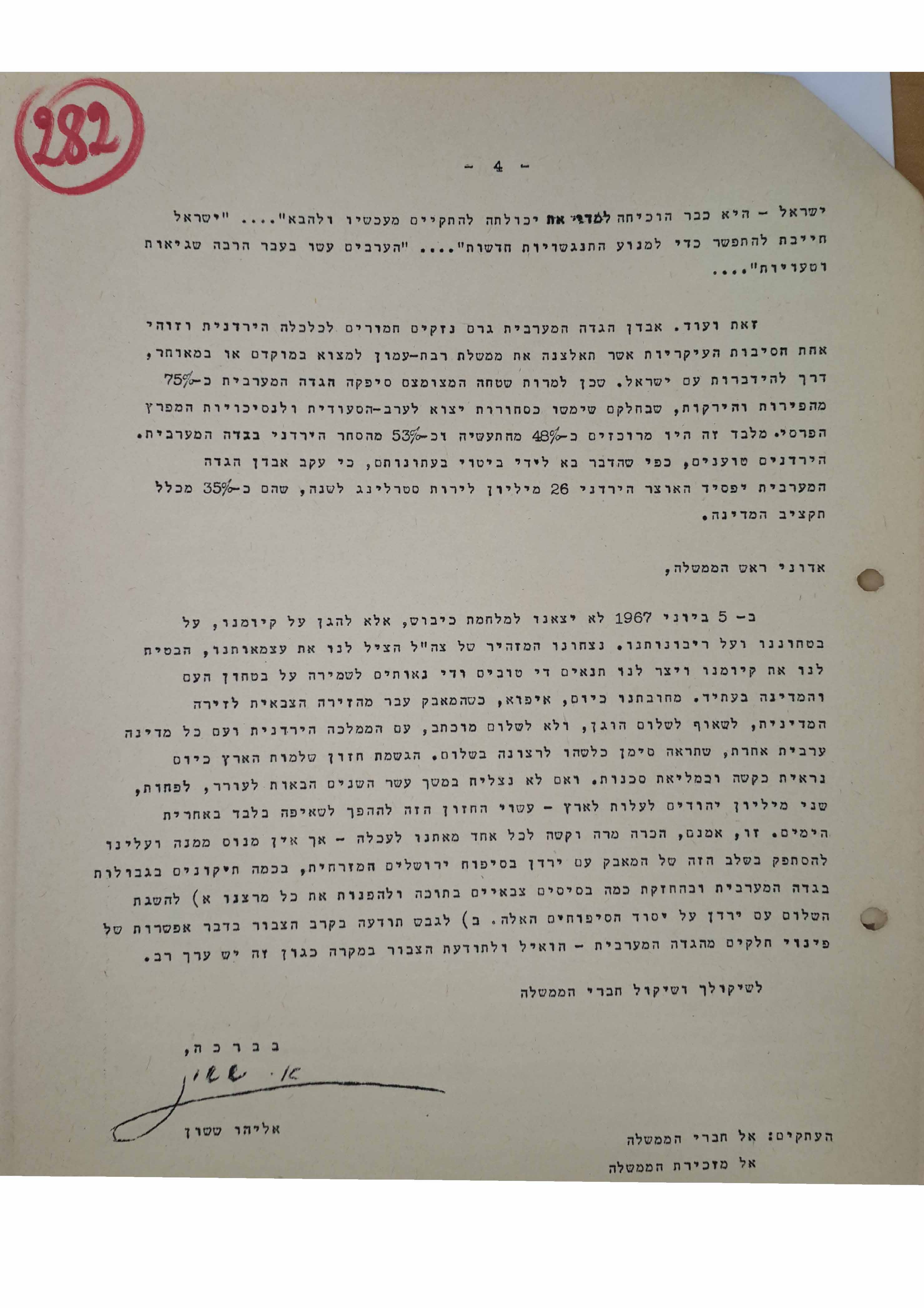 In his third letter, Sasson focuses on the demographic issue and the possible loss of Jewish exclusivity in running the state, should the occupied territories be annexed. Sasson urges the prime minister to hand over the West Bank back to Jordan, which, at that stage, was still prepared to resume its control over the territory. He notes that this would solve both the refugee problem and the threat of an Arab majority in Israel should the territories be annexed. 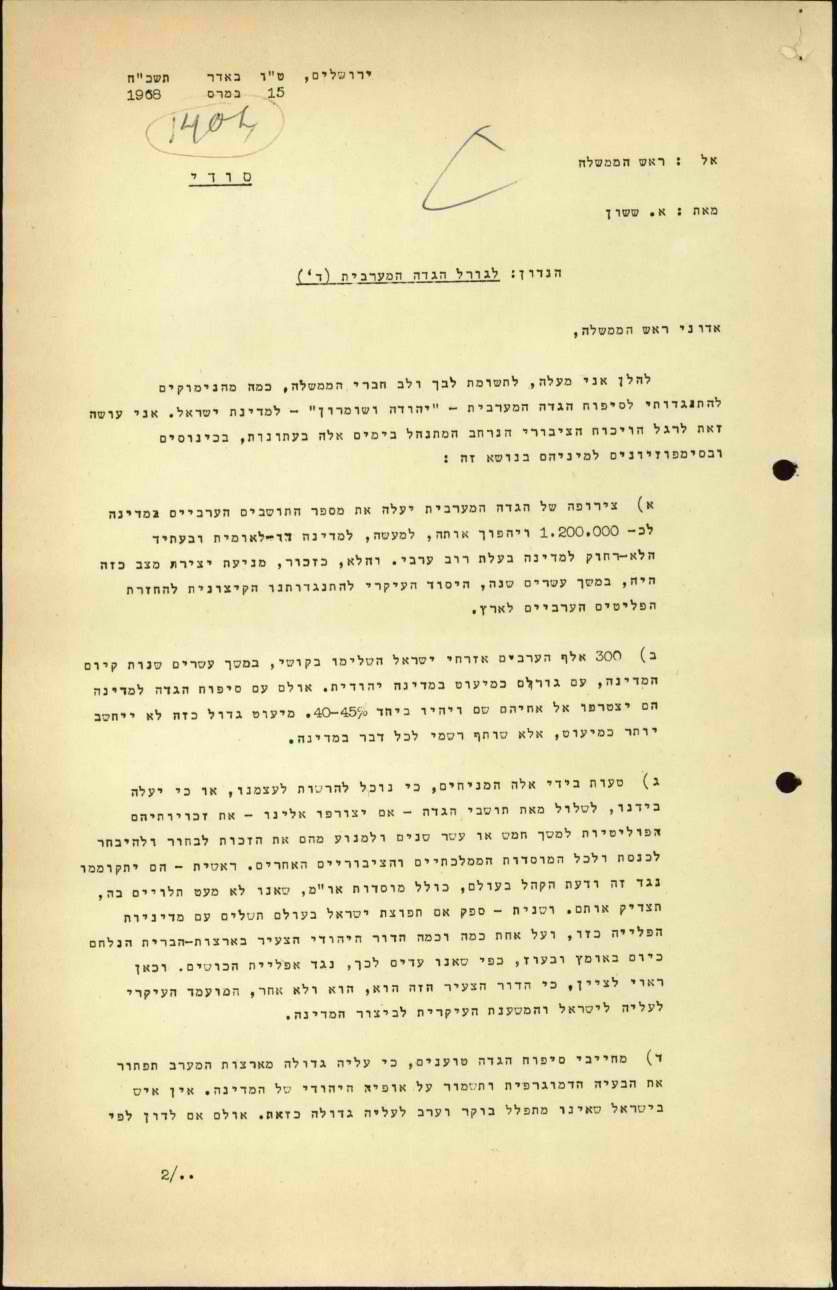 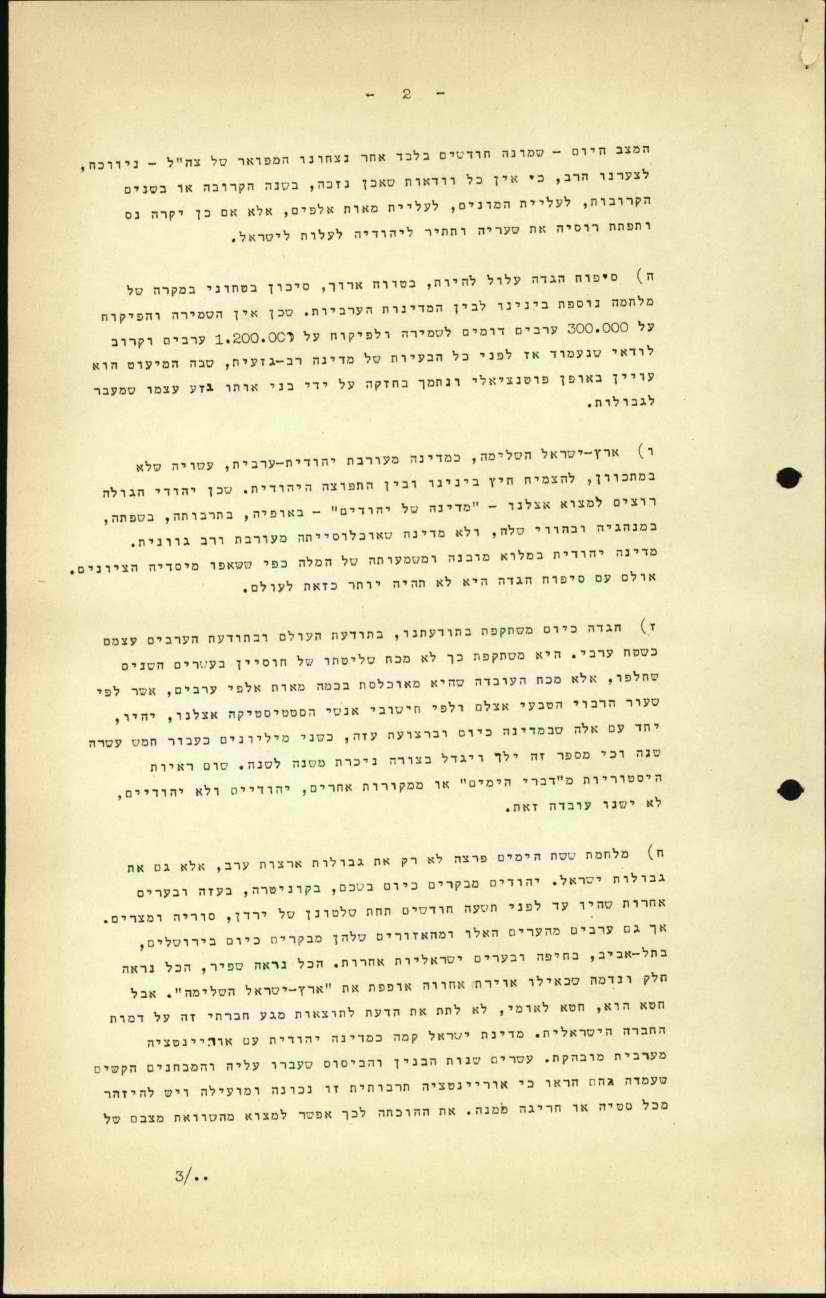 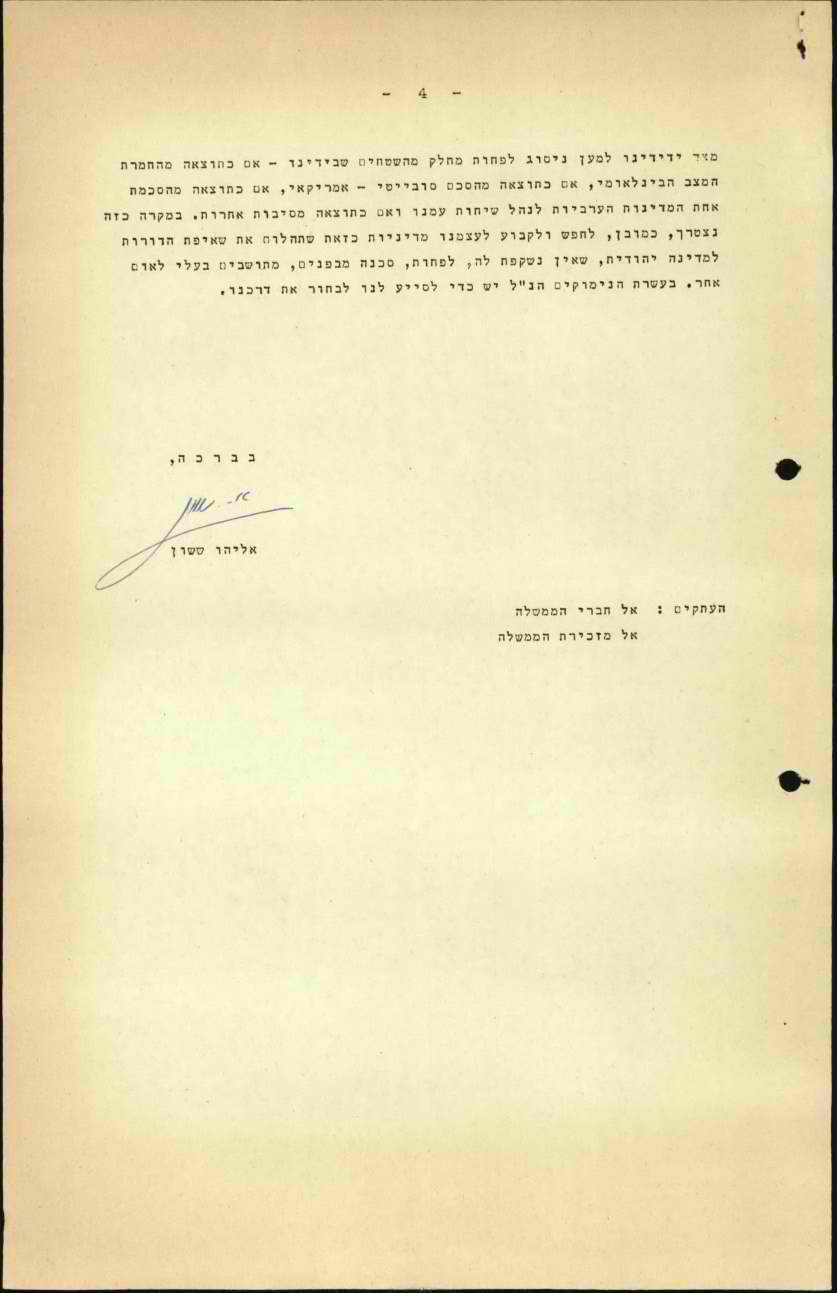 In his fourth letter to PM Eshkol about the future of the West Bank, Sasson focuses on the threat of Israel becoming a binational state should the West Bank be annexed. Sasson cautions Israel would not be able to avoid granting residents of the West Bank equal political rights, partly because international public opinion would not tolerate it, nor would the Jewish diaspora. In particular, Sasson believed it would not go over well with members of the younger Jewish generation in the USA, who were active in the civil rights movement at the time. 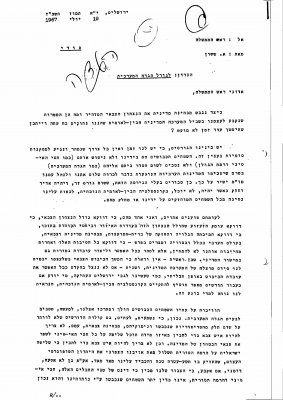 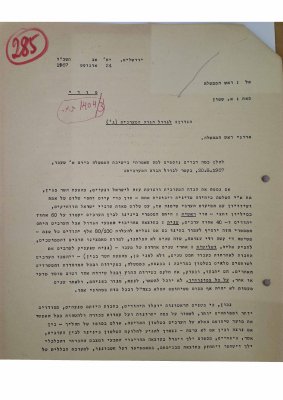 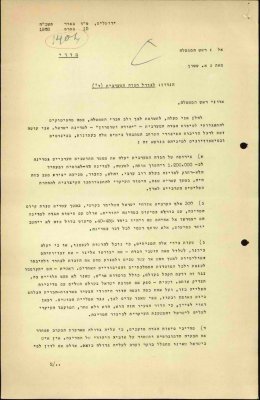