The Military Rule as mediator between the state and Palestinian citizens: “Discrimination on the basis of race”

During the Military Rule (1948-1966), the Military Rule itself came to be the sole representative of the state vis-à-vis the country’s Palestinian public. Minister of Foreign Affairs Moshe Sharett went so far as to ask other members of the cabinet to “refrain from responding to Palestinian citizens” who contact them directly “but rather answer only through local military officials.” A letter from the director of the Ministry of Justice Legislation Department clarified that this demand constituted discrimination and that it contradicted “declarations by the government regarding equal rights for all residents.” 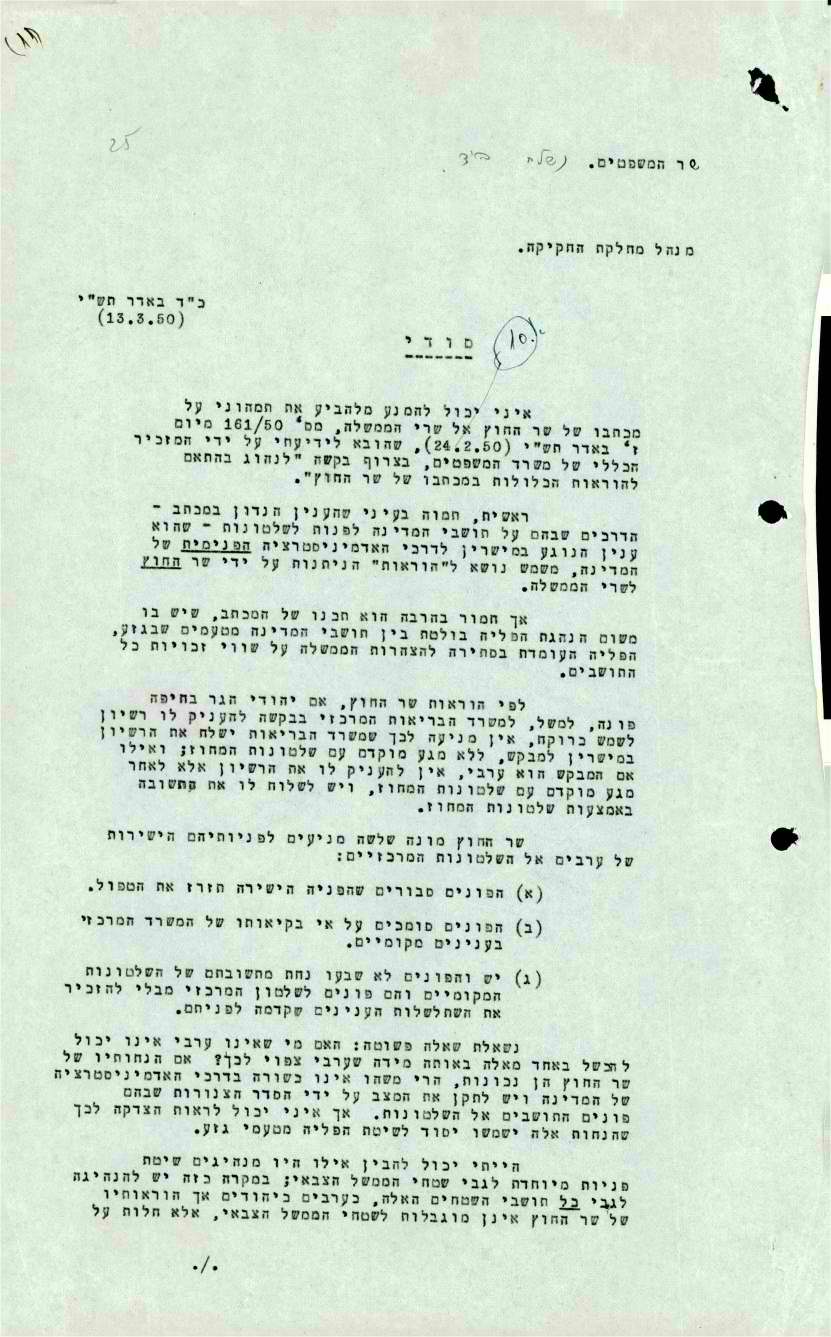 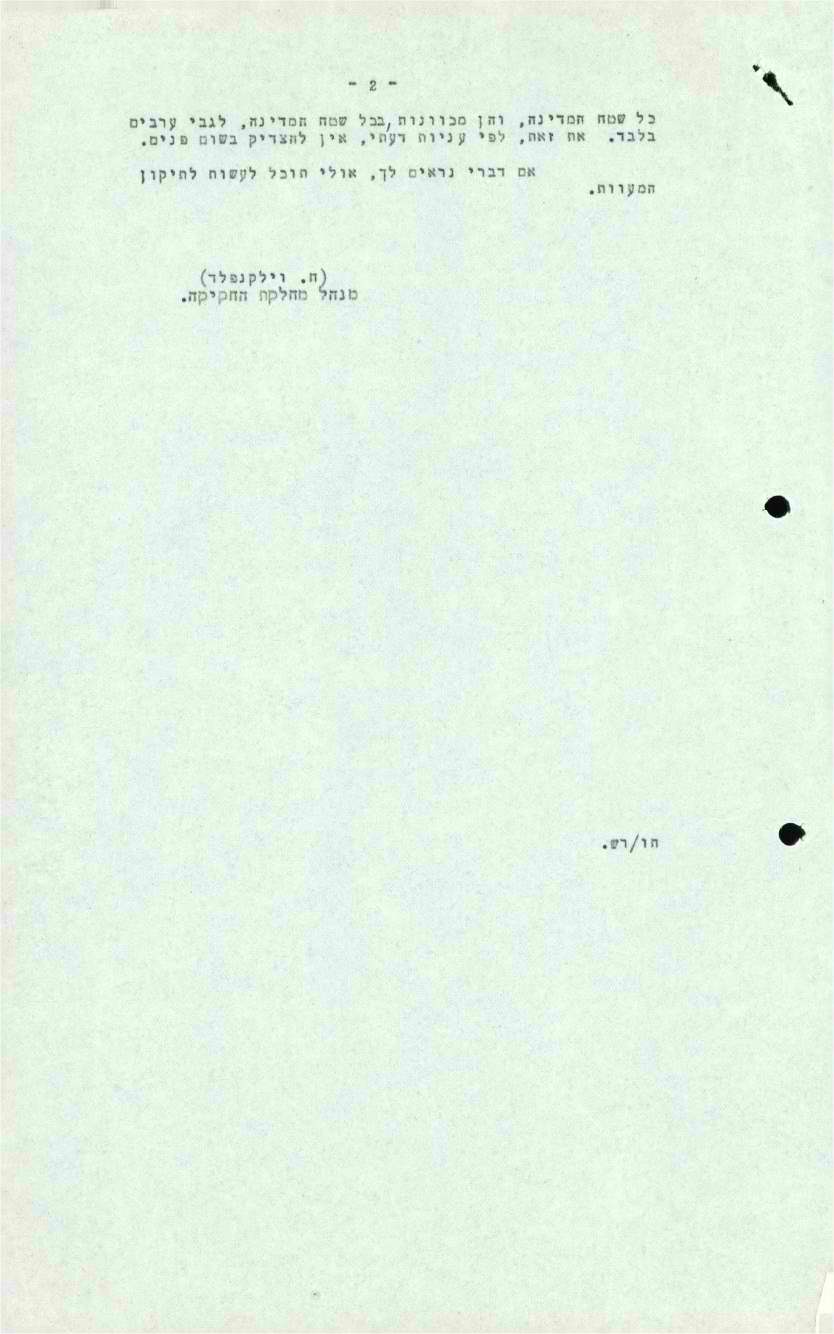 “I can not refrain from expressing my amazement following the Foreign Minister’s letter to the members of the cabinet,” the director of the Legislation Department at the Ministry of Justice wrote in a direct letter to the Minister of Justice at the time, Pinchas Rosen. Beyond the very practice of the Foreign Minister in a matter that does not concern the area of his office, the Justice Department official added that “much more serious is the content of the letter, which amounts to blatant discrimination between the country’s residents on the basis of race.” 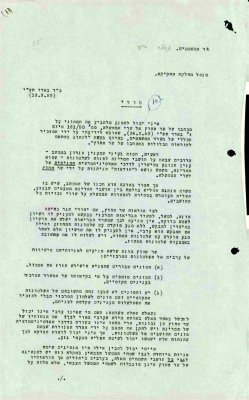 Letter of the director of the Ministry of Justice Legislation Department to the Minister,
March 13, 1950