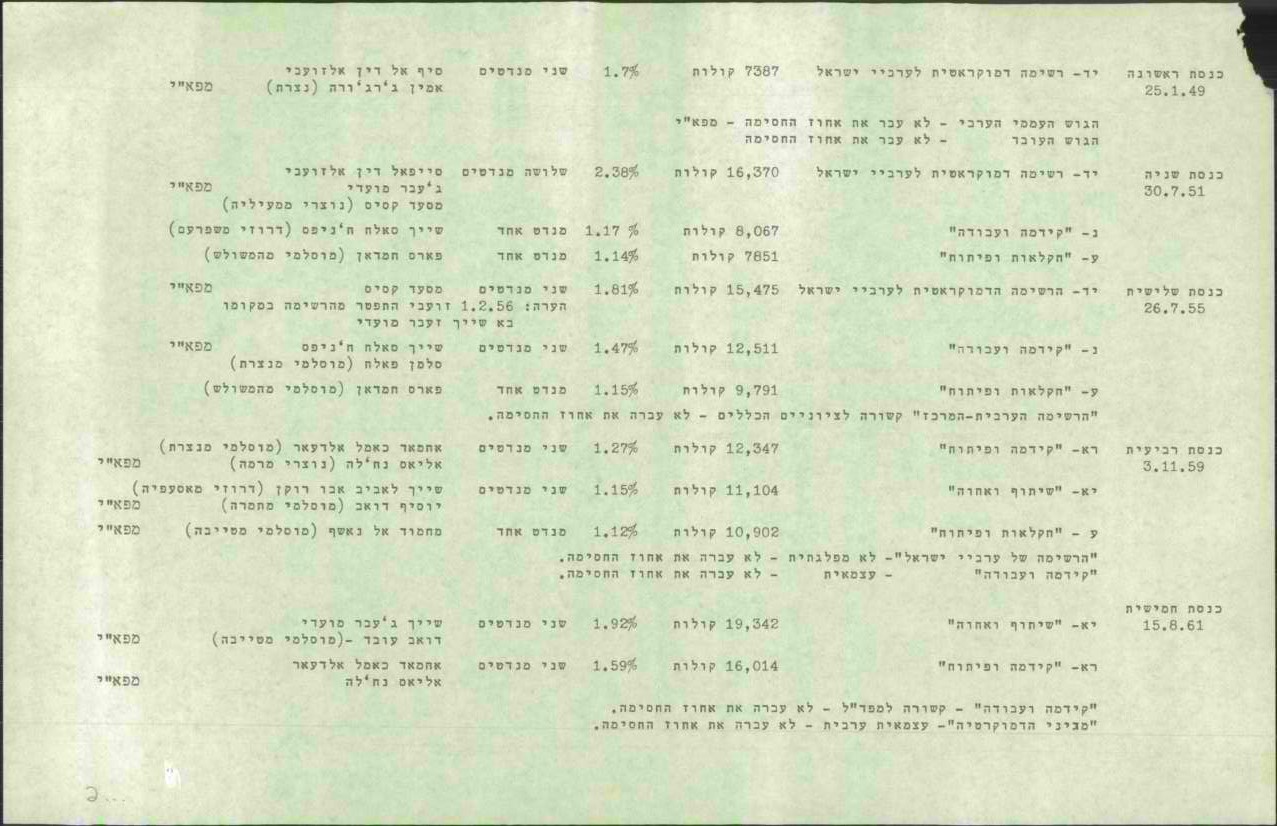 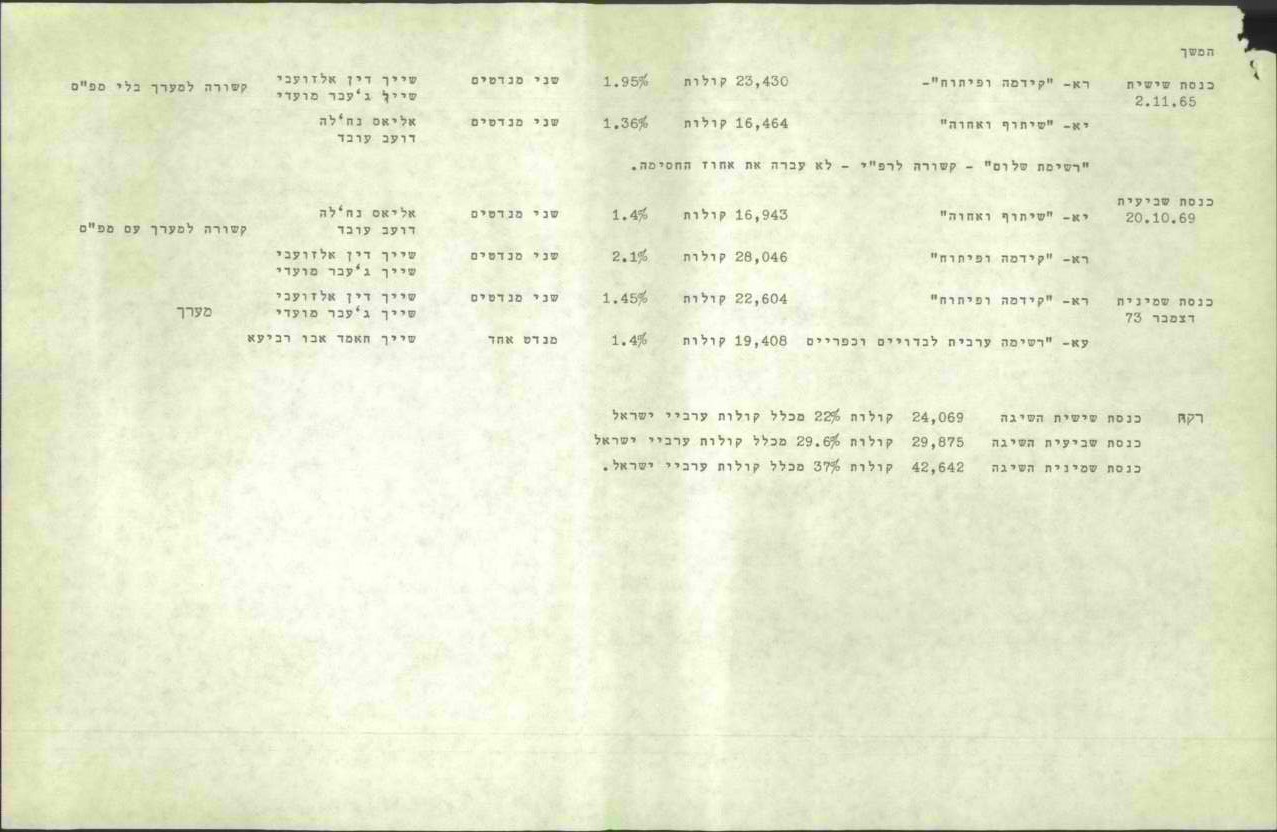 The list is organized in chronological order by election date and shows the number of votes for each satellite party, the percentage of votes it received, the number of seats gained, and the names of the leaders 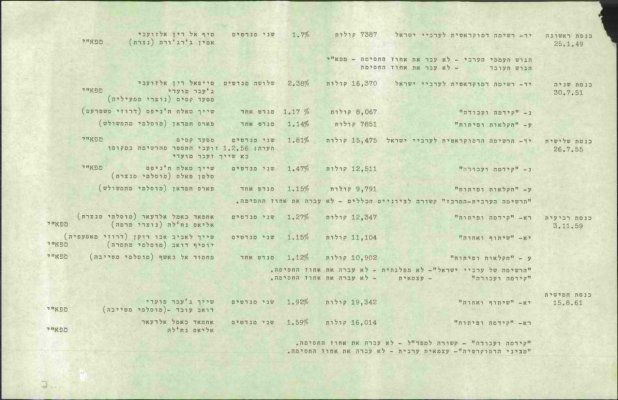