The Military Rule Book, published by Akevot Institute, is an illuminating curated collection of some 100 carefully selected, declassified documents of the 1948-1966 Military Rule. The documents include internal correspondences, meeting minutes, testimonies, maps, photos, and reports all organized and annotated to provide the reader with unprecedented insight into this silenced period of recent history. The 300-page large format (31 cm x 24 cm) book allows an inside perspective of the Military Rule’s objectives and practices – based upon documents of the Military Rule itself as well as on those of its subjects – Palestinian citizens of Israel.

The book is only available in Hebrew at this time.

We are happy to send you a copy of the Military Rule Book for a donation of 70 USD (for international shipping), or 145 NIS (for a shipment in Israel). 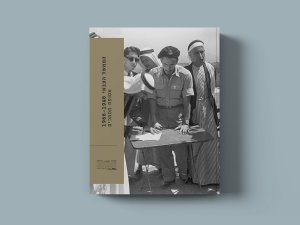 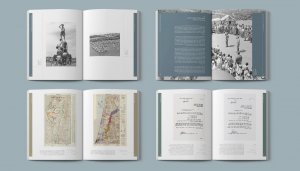 Join Deciphering the Military Rule Project and be part of Akevot’s research on the Military Rule over Palestinian citizens of Israel from 1948 to 1966! Participating in the project will help researchers at Akevot to register the thousands of archival documents already collected by Akevot into our digital archive. This will allow you – the cataloguer – a look at primary documents from the military rule in Israel. Cataloguing the documents will enable us to find hidden connections between people, places, processes, and events – all of which are significant to understanding the Military Rule, how it operated, and its legacy. The project will advance historical research – ours and others’ – about this forgotten chapter in the history of the State of Israel and its relations with its Palestinian citizens.

No prior knowledge is needed, this project is open for everyone! To join the project and start cataloging documents, visit our Zooniverse platform page.

At the moment the project requires fluency in Hebrew. Please sign up for our newsletter to receive updates about Akevot’s activities and future crowdsourcing projects in English and Arabic. 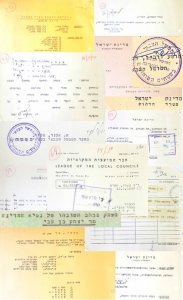 Introduction to the Military Rule:

In a webinar that took place on July 15, 2020, Akevot’s researcher Adam Raz described the Military rule applied over Palestinian citizens of Israel from 1948 to 1966, its goals, structure, and activities.

The Objectives of the Military Rule

In a webinar that took place on August 5, 2020, Akevot’s researcher Adam Raz examined the Military Rule’s objectives – overt and covert – based on archival documents declassified by Akevot in recent months.

Living under the Military Rule:

In a webinar that took place on September 9, 2020, the Israeli-Palestinian writer and publicist Uda Basharat described the daily life under the Military Rule and its implications on Palestinian society in Israel.