“The public assumed erroneously that upon the abolition of the Military Rule apparatus, every citizen would be free to travel anywhere.”

In December 1966, after 18 years and a long struggle, the Military Rule imposed on Palestinian citizens of Israel since the country’s establishment was abolished. The Emergency Regulations, however, remained in place, as did the system of closed areas and travel passes, along with some restrictions on movement. A letter sent to the Prime Minister by the Arab Affairs Advisor in April 1967 confirms that “in practice, hardly any restrictions have been loosened,” after the abolition of the Military Rule and advises allowing Palestinians free travel to certain areas, as it “would be of great benefit to our relationship with the Arab minority.” 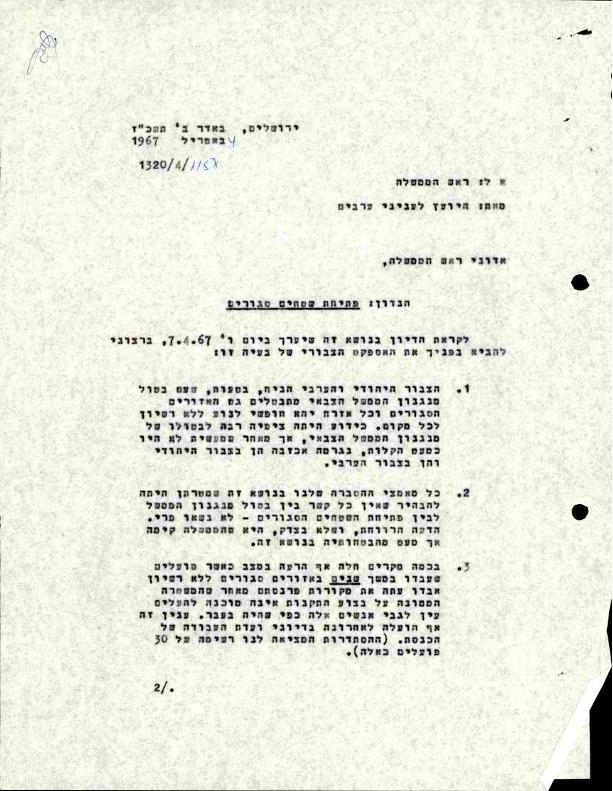 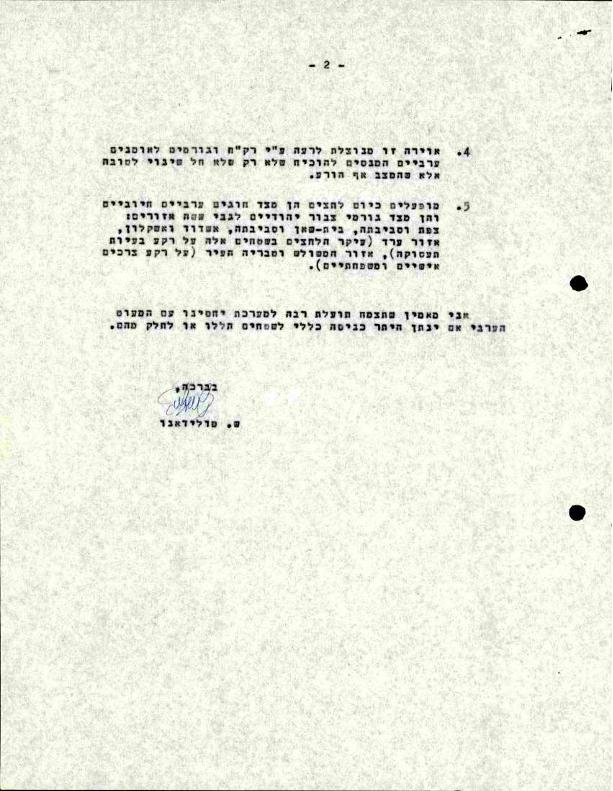 Some six months after the end of the Military Rule, ahead of a discussion about the possible opening of the remaining closed zones, the Arab Affairs Advisor, Shmuel Toledano, contacted Prime Minister Levi Eshkol “regarding the public aspect of this problem.” In the letter, Toledano confirms what many of those who opposed the Military Rule claimed after its end: In practice, while the apparatus named “the Military Rule” may have been abolished, the restrictions and the principles that guided its operation persisted. Responding to the disappointment among the Jewish and Arab public after the revocation, the Arab Affairs Advisor proposes issuing a general entry permit for certain areas where the pressure to open the area was strong due to employment difficulties (in areas around Safed, Bet Shean, Ashdod, Ashkelon, and Arad), or personal and family needs (in the Triangle area and in Tiberias). “I believe issuing a general entry permit for these areas would be of great benefit to our relationship with the Arab minority,” the Advisor concluded. 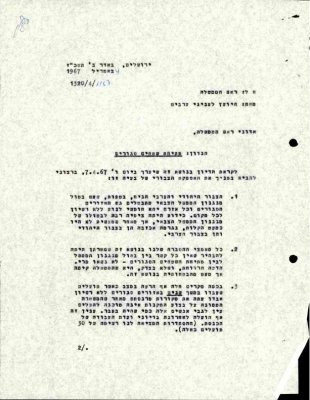 Letter of the Arab Affairs Advisor to the Prime Minister
April 4, 1967