“Due to political considerations, we decided this recommendation belongs in the letter rather than the report”

In January 1962, amid growing political pressure and criticism inside Israel about the Military Rule, David Ben Gurion appointed a special committee – one of many over the years – tasked with considering whether some of the restrictions imposed on Palestinian citizens of the country could be loosened. The committee’s official report recommended keeping the Defense Regulations, on which the Military Rule was based, in place and introducing minor mitigations to the restrictions. Several additional issues were covered in a personal letter to the prime minister. 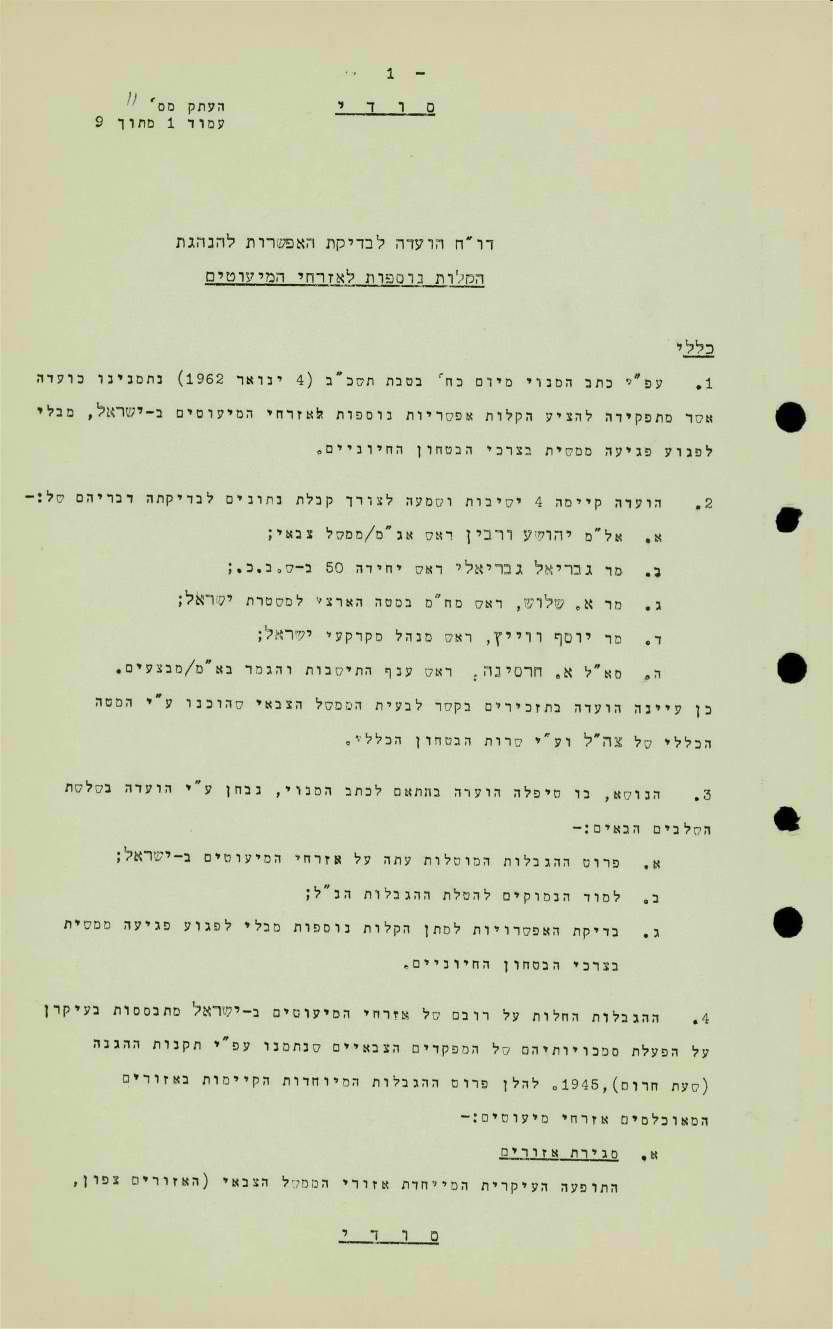 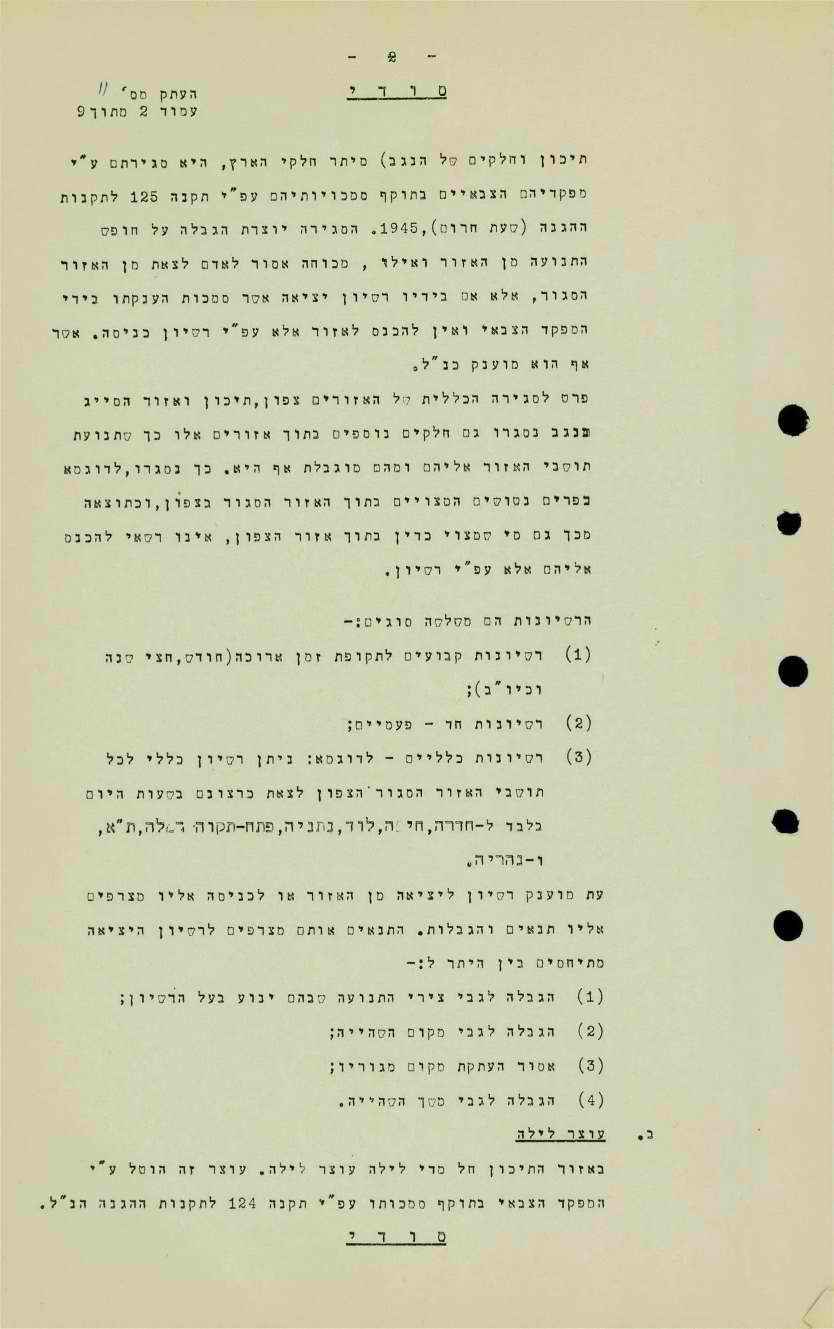 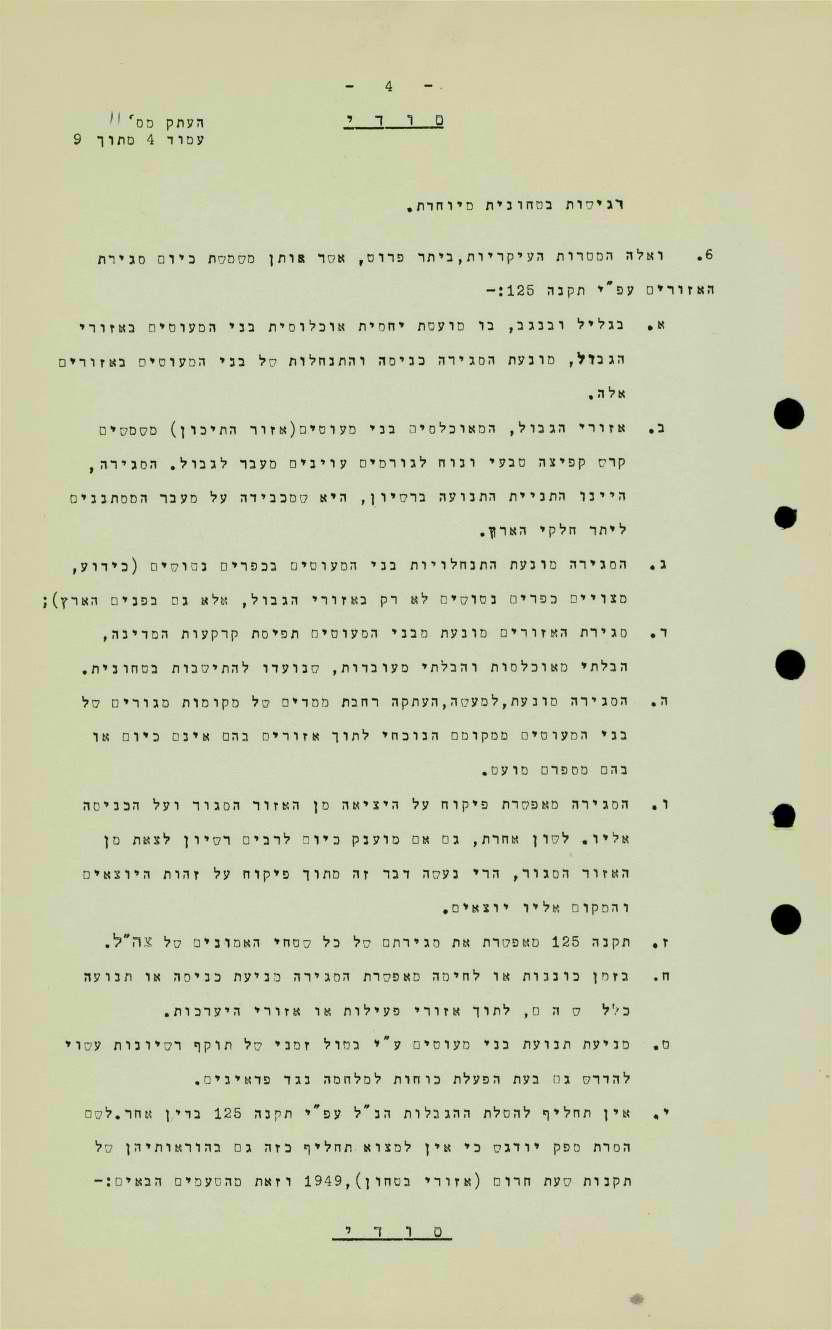 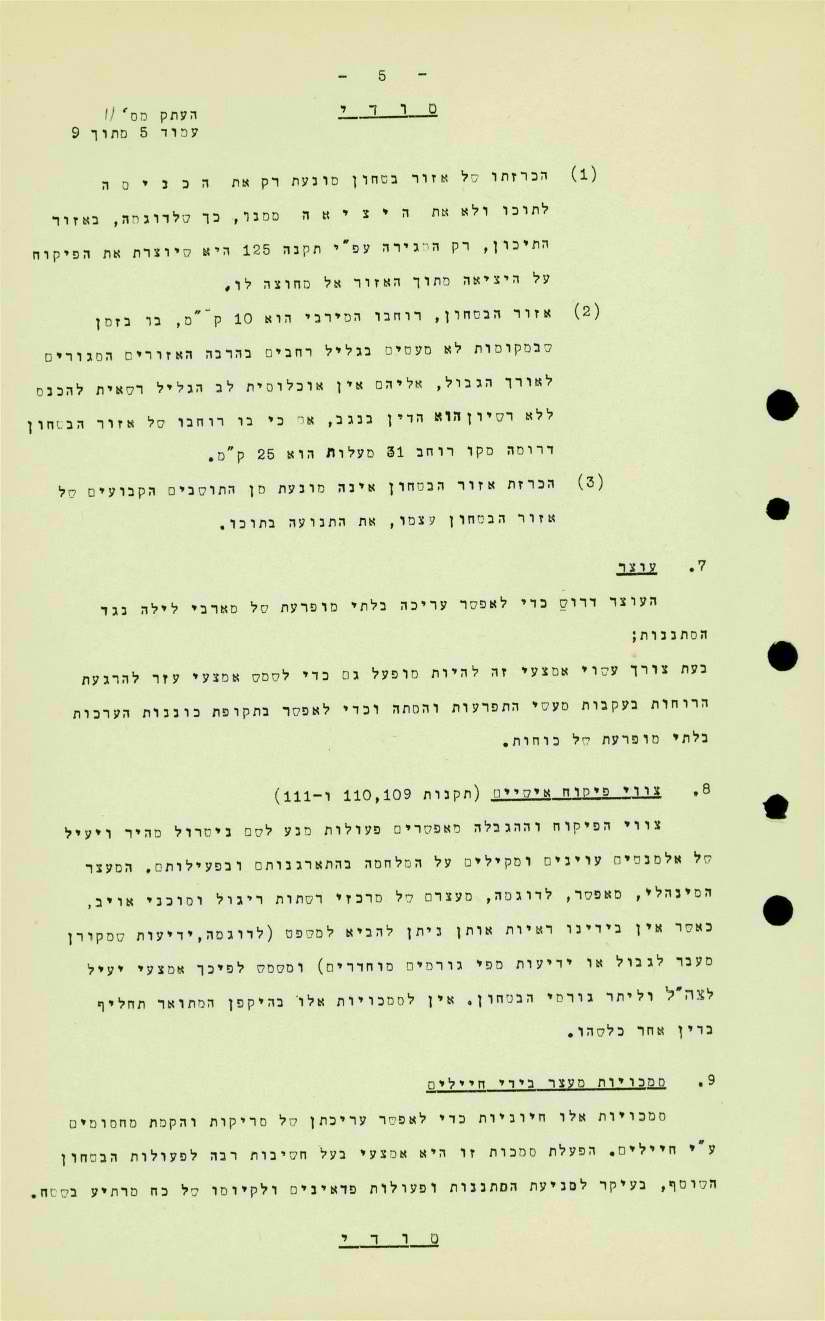 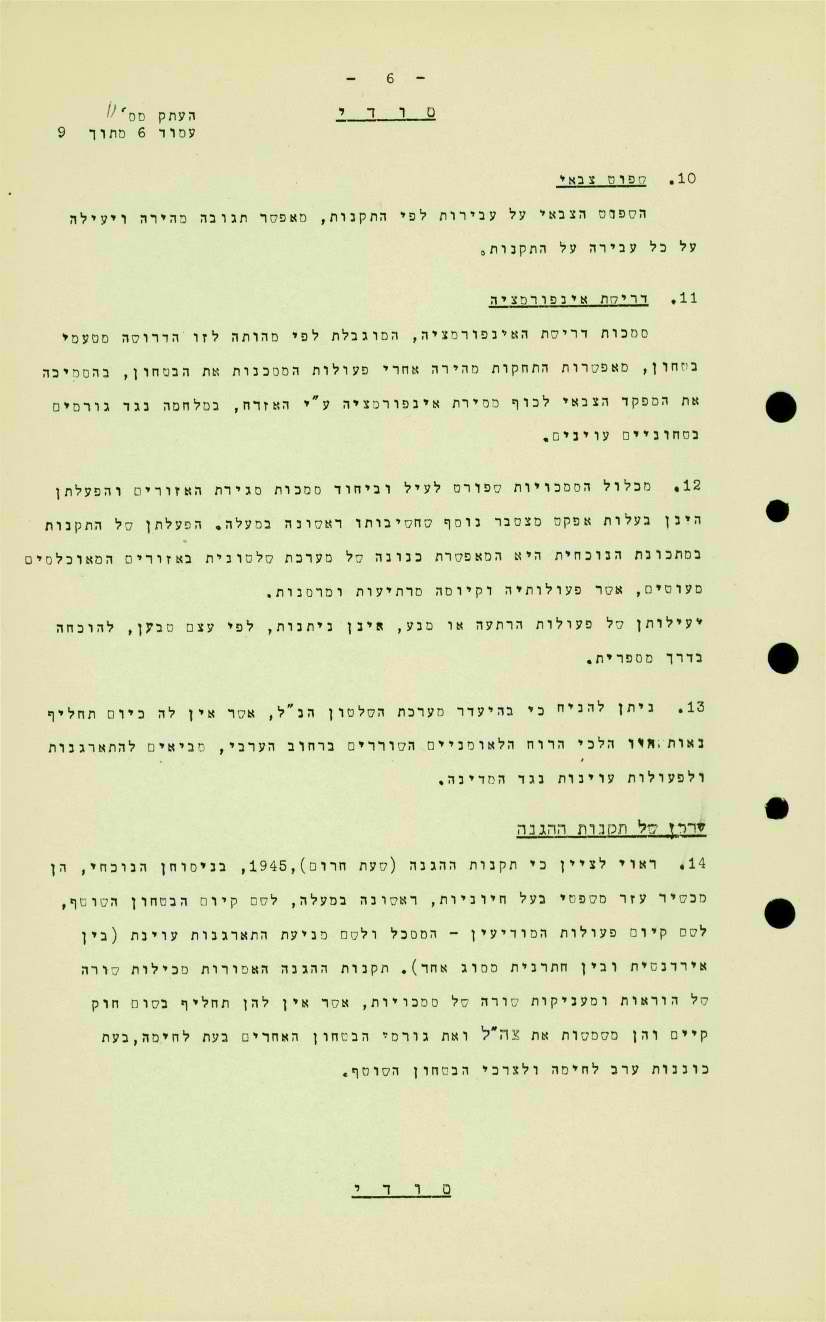 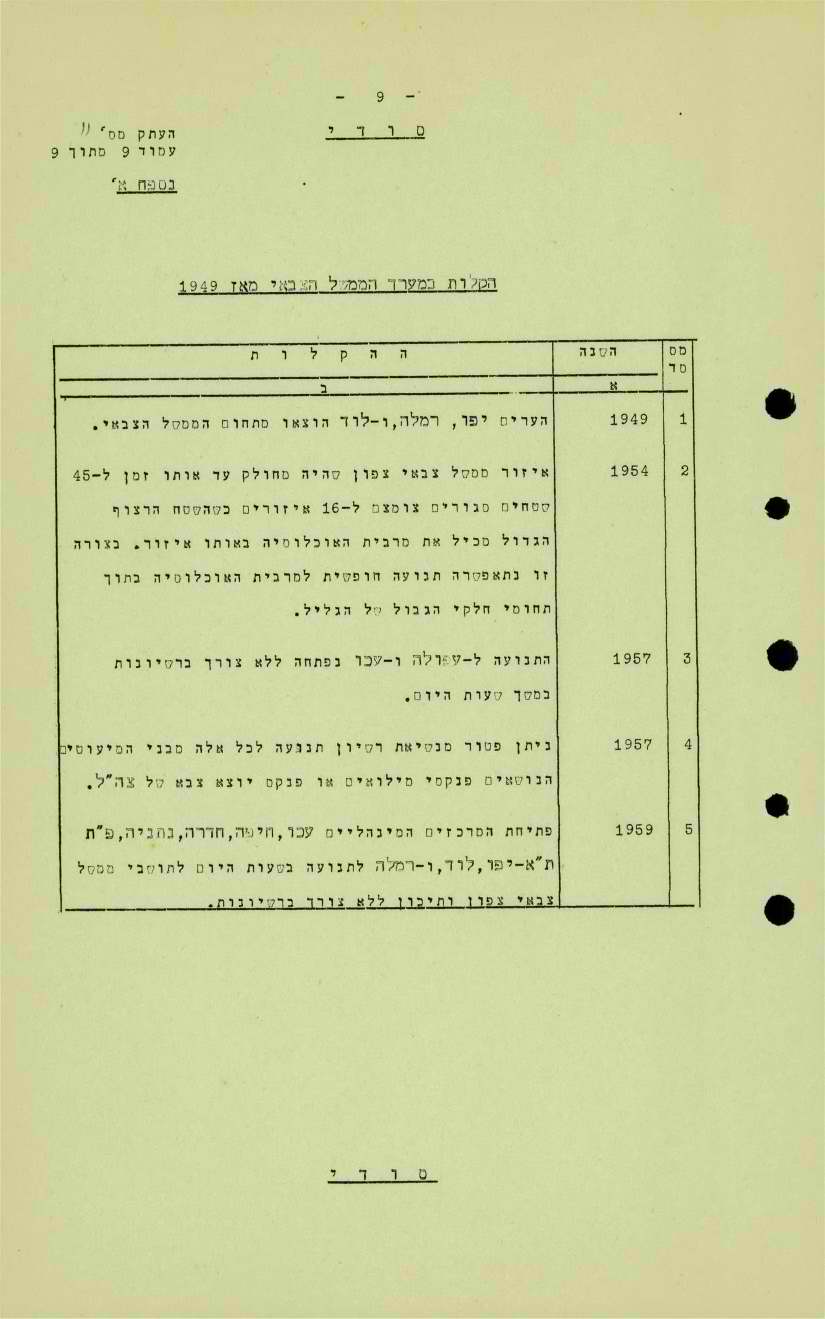 “The committee has investigated and found that the Defense (Emergency) Regulations 1945 should be kept in place along with the mechanism in charge of implementing them.” This was the committee’s main conclusion. At the same time, committee members list a number of areas where some restrictions can be loosened while keeping the Defense Regulations in place. 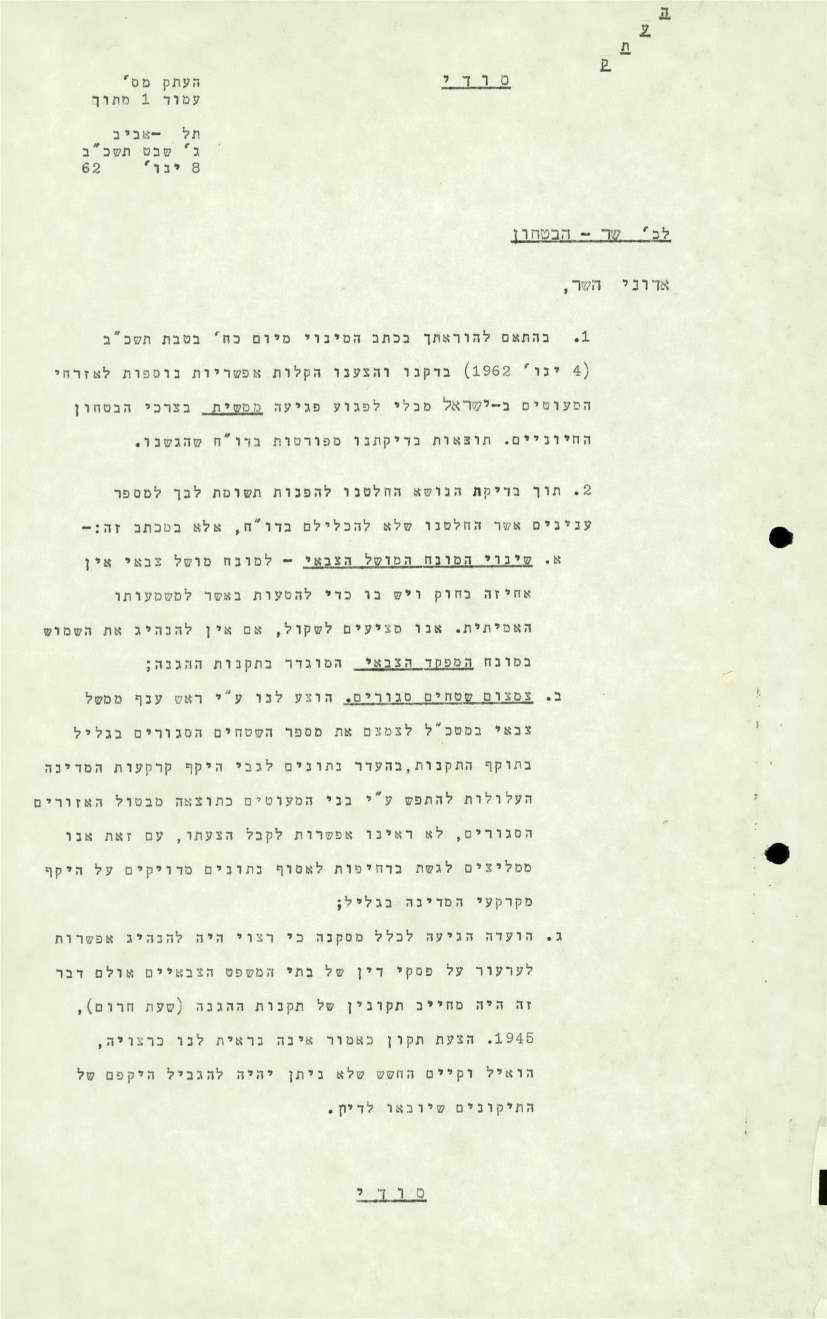 To the Minister of Defense

Together with the official report they submitted, members of the committee submitted a letter classified as “secret” to David Ben Gurion, who was both the prime minister and the minister of defense at the time. In their letter, members of the committee sought to bring five topics they had decided to keep out of the report to Ben Gurion’s attention. Some are particularly interesting: Paragraph D of the letter addresses the possibility of giving Druze villages their own status and exempting their residents from the travel pass requirement. Paragraphs B and E refer to the Galilee. In paragraph B, members of committee reject the proposition of reducing the size of the “closed zones” in the Galilee over concerns that Arab citizens would take over large swathes of land. Paragraph E complements this position, with committee members indicating they favored Israel Land Administration Director Yosef Weitz’s proposed plan to Judaize the Galilee. Another point of interest in the letter is the alternatives committee members propose as a way of rectifying the situation whereby Palestinian citizens living under the Military Rule had no right to appeal judgments issued by the military courts (Section C). 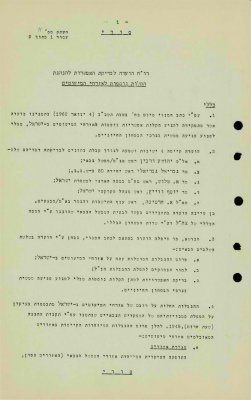 Report of the Committee Appointed to Review Further Loosening of Restrictions for Minority Citizens,
January 1962 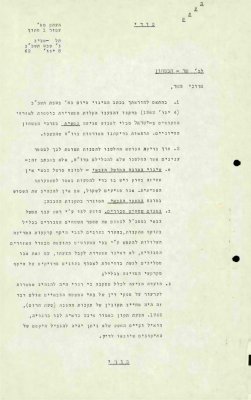 Letter from members of the committee to the prime minister,
January 8, 1962