During the days leading up to 1958 May 1 (International Workers’ Day) Rally, the atmosphere in Nazareth and its surroundings was tense.  As in previous years, the police banned the Communist Party from holding its traditional May 1 Rally. However, unlike previous years, in the lead up to the rally, the police took exceptional measures, arresting some 350 party activists and other Arab citizens. The charges against the detainees varied from illegal gathering to violence against police officers. Some individuals were exiled or placed under administrative restrictions, while others faced trial in military courts. 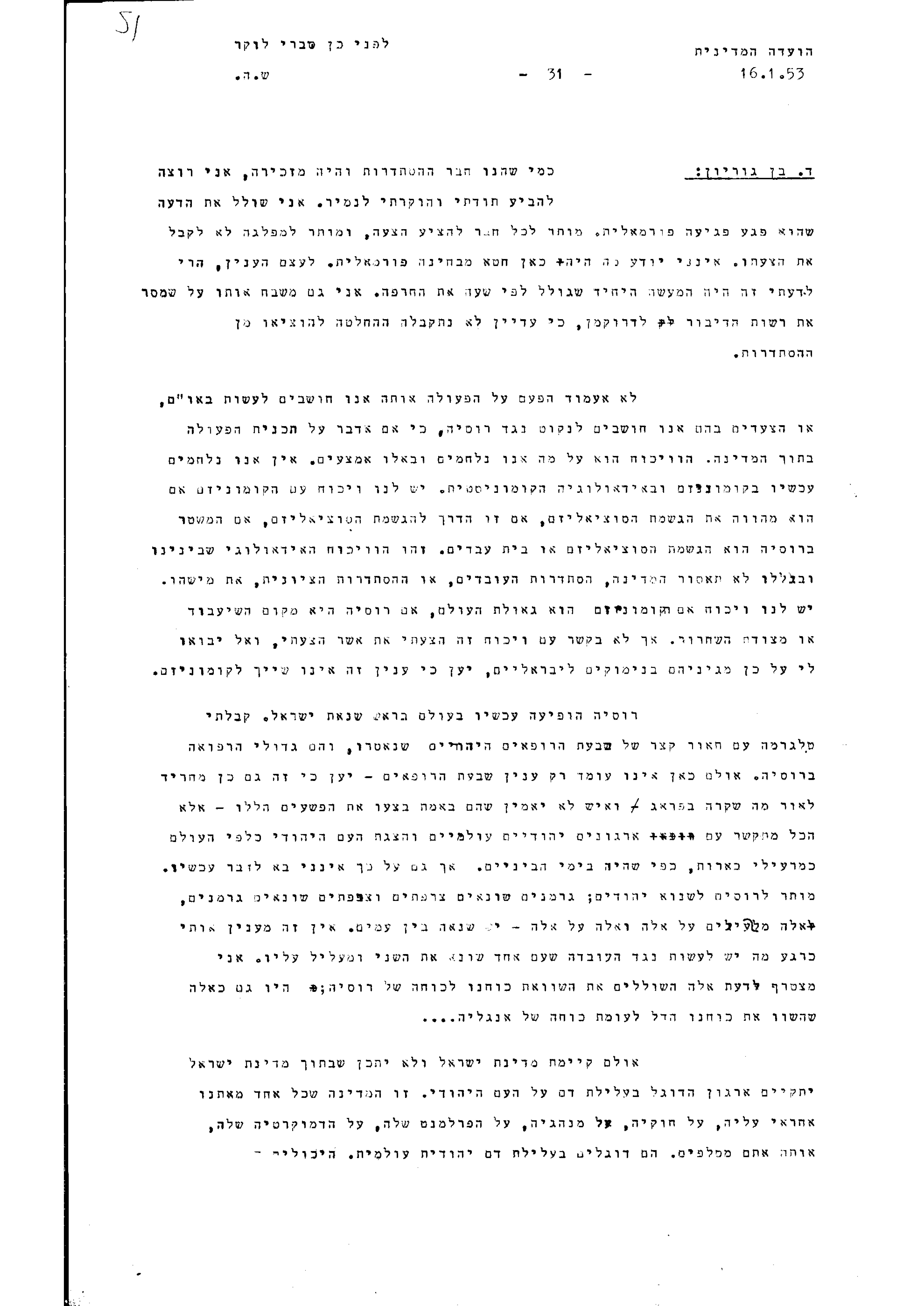 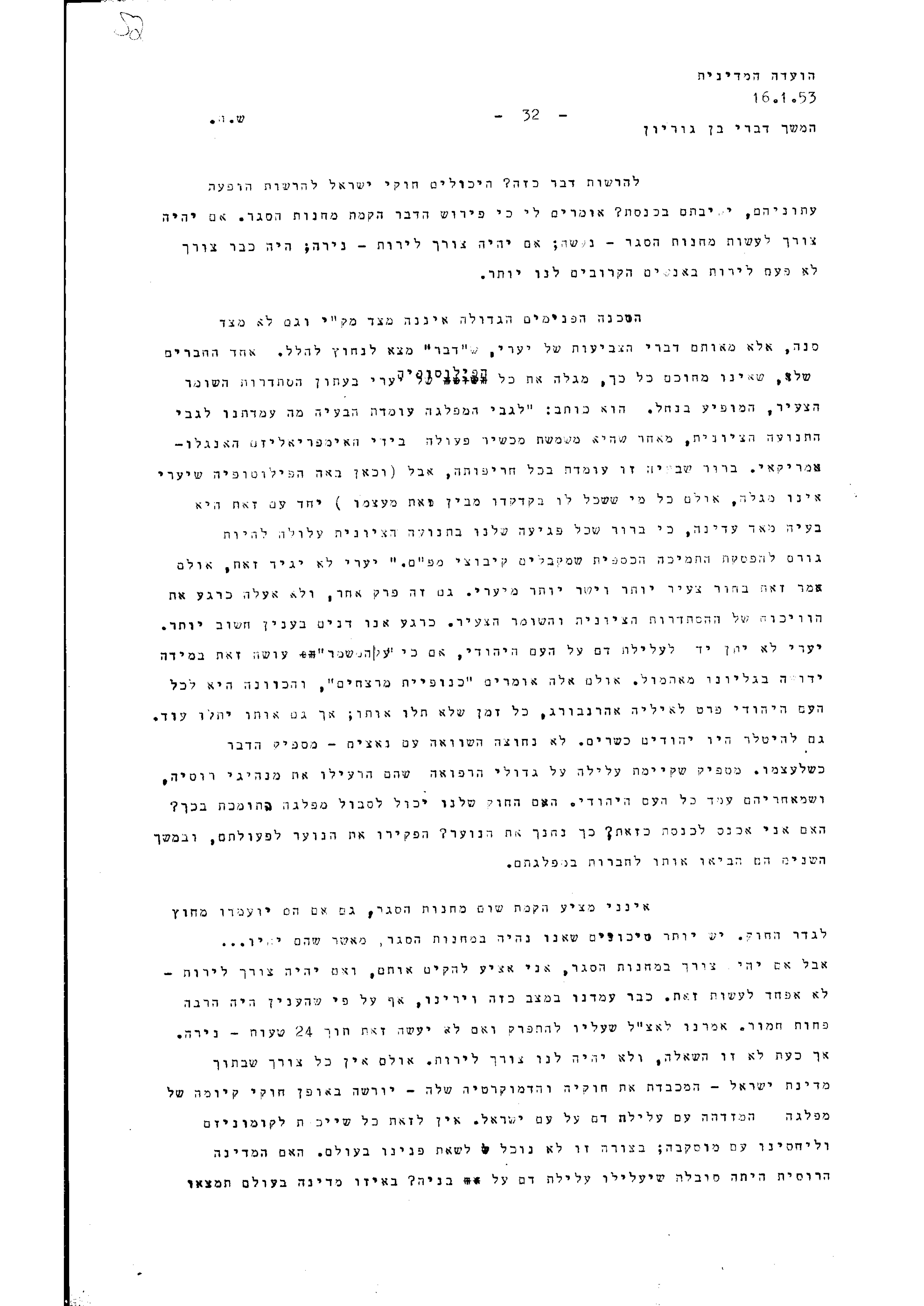 These pages are taken from the minutes of a meeting held by Mapai’s political committee in January 1953. In the section presented here, Prime Minister David Ben-Gurion refers to the Communist Party in Israel, against the background of the Slansky trial in Prague, a series of show trials against the leading members of the Communist Party of Czechoslovakia. Ben Gurion describes the local Communist party as an organization operating within the State of Israel aimed at discrediting the Jewish people. Ben Gurion wondered out loud if the Communist party’s activity could be restricted and proposed to strip the party of its legal rights.

This lengthy protocol records a debate in the Knesset Committee on Internal Affairs, attended by the Minister of Police and the Chief of Police, following violent clashes between Communist Party activists and the Israeli police in Tel Aviv. A call for an in-depth investigation into the violent incident by Communist Knesset members Tawfik Toubi and Meir Vilner did not receive support from other Knesset members.

The Communist Party representatives claimed that the violence at the protest was provoked by the police. On the contrary, other committee members blamed the Communists, claiming that they have been inciting the demonstrators in order to serve their own political needs.

A Hebrew translation of a proclamation published by the Communist Party in Nazareth in early May 1958, protesting the arrest of party activists around May 1 events in the city. The leaflet was originally written in Arabic and probably translated into Hebrew by the police.

The pamphlet intended to bring to the public’s attention the violence and mass arrests surrounding the Communist Party’s intention to hold a May 1 rally in Nazareth. In addition to describing the events in the days leading up to May 1 and the day of the event itself, the pamphlet also includes comments from prominent Jewish publicists. This included remarks from the journalist and historian Shabtai Teveth in support of the Communist Party and its struggle against the Military Rule. It also included Nathan Alterman’s poem “Nazareth Riots”. The pamphlet ends with a call to the Jewish public to participate in the Arab civil protest against their oppression. 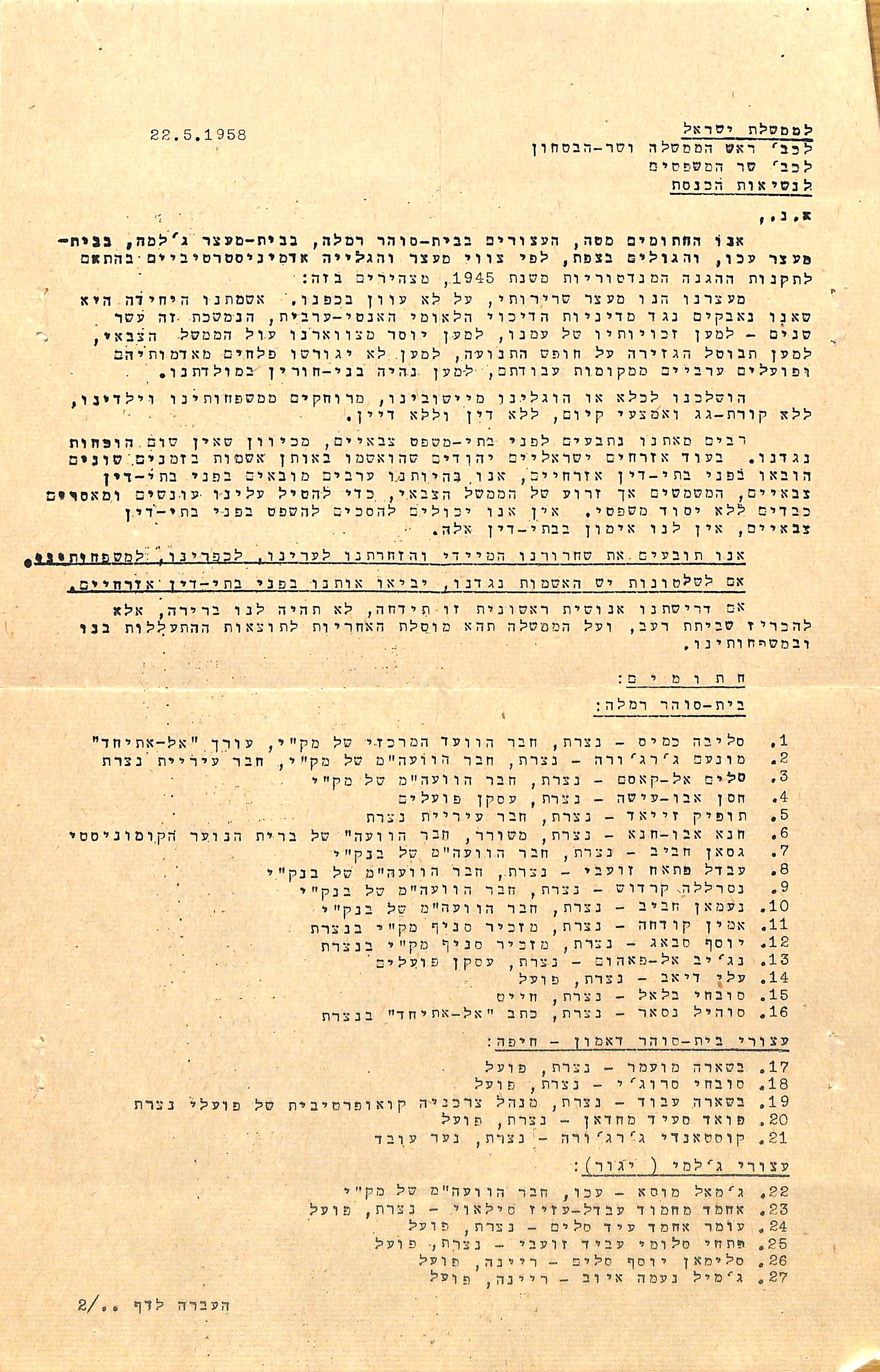 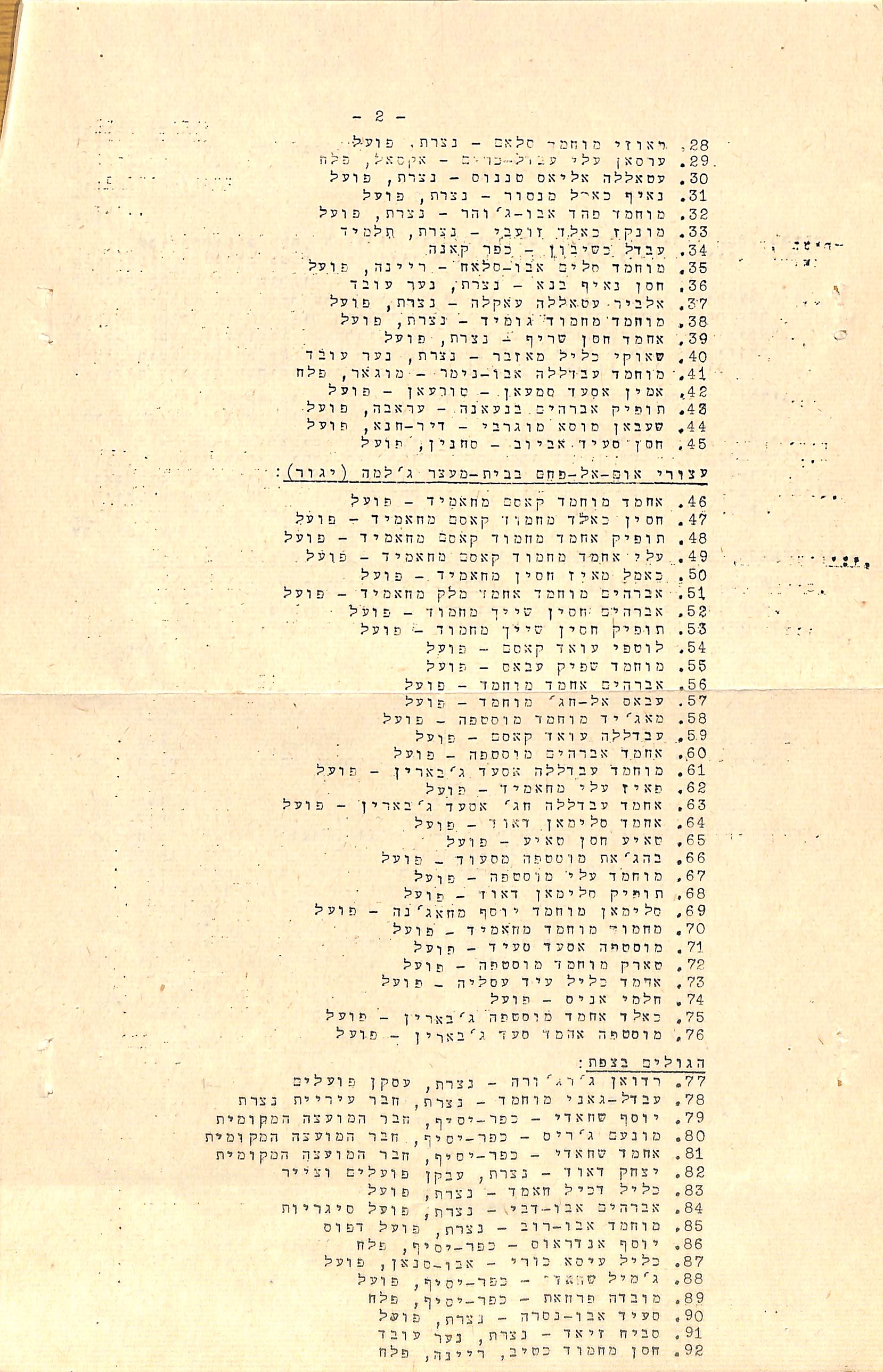 About three weeks after the events of May 1958, 92 detainees who remained in various prisons sent a letter of protest to the Prime Minister, the Minister of Justice, and the Speaker of the Knesset. The authors protested their arbitrary detention, which was carried out by issuing administrative orders based on the defense (emergency) regulations. The writers also protested the intention to bring them to trial before military courts – as Israel frequently did when prosecuting Arab citizens during the Military Rule era. The detainees demanded their immediate release and emphasized the discrimination and injustice in denying their freedom without any prosecution. “If the authorities have charges against us – then they should bring us before civil courts,” they demanded. 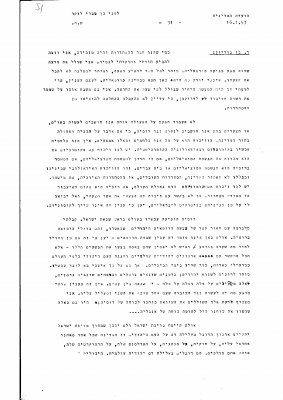 Minutes of the Knesset Committee on Internal Affairs
March 7, 1950

Proclamation of the Communist Party in Nazareth
May 1958

Pamphlet: "Know what happened at the Nazareth events!" published by the Public Committee for the Release of Military Government Detainees
Tel Aviv, May 1958 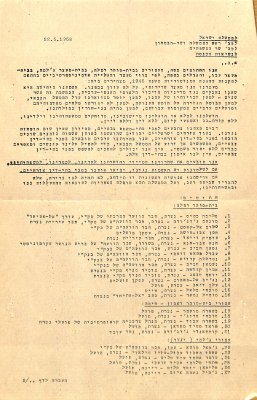 Letter from the 92 Arab detainees of the May 1958 events in Nazareth to the Israeli government
May 22, 1958