Re: West Bank residents’ thoughts and opinions regarding the future

As early as the first days of the Israeli occupation in the West Bank, various Israelis (intelligence officers, reporters and others) met with Palestinian leaders to hear their thoughts about the future. Roughly a month into the occupation, Deputy Director of the Israeli Ministry of Foreign Affairs (MFA) Shlomo Hillel prepared a three-page report summarizing the positions expressed by “some of the most important leaders”. 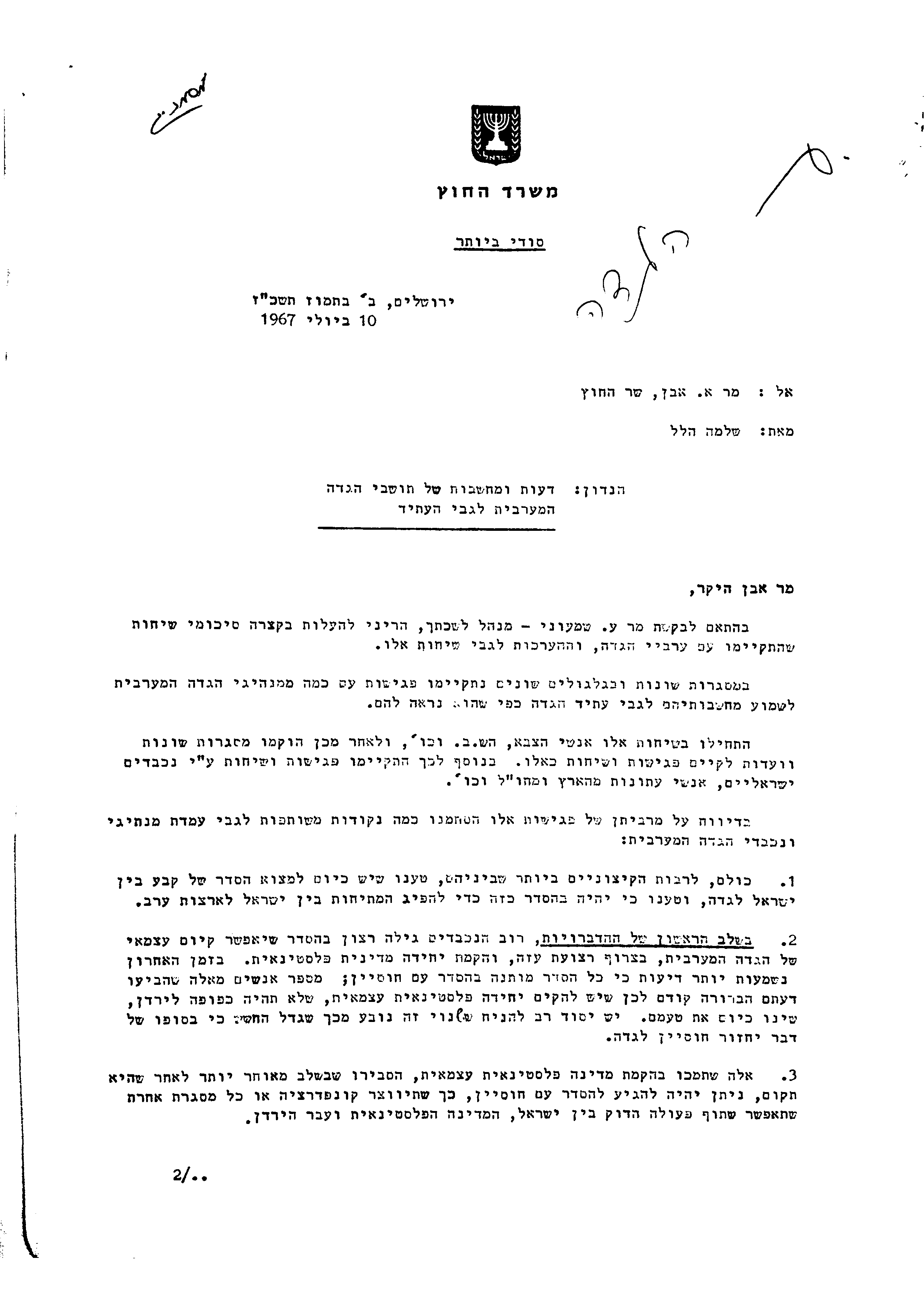 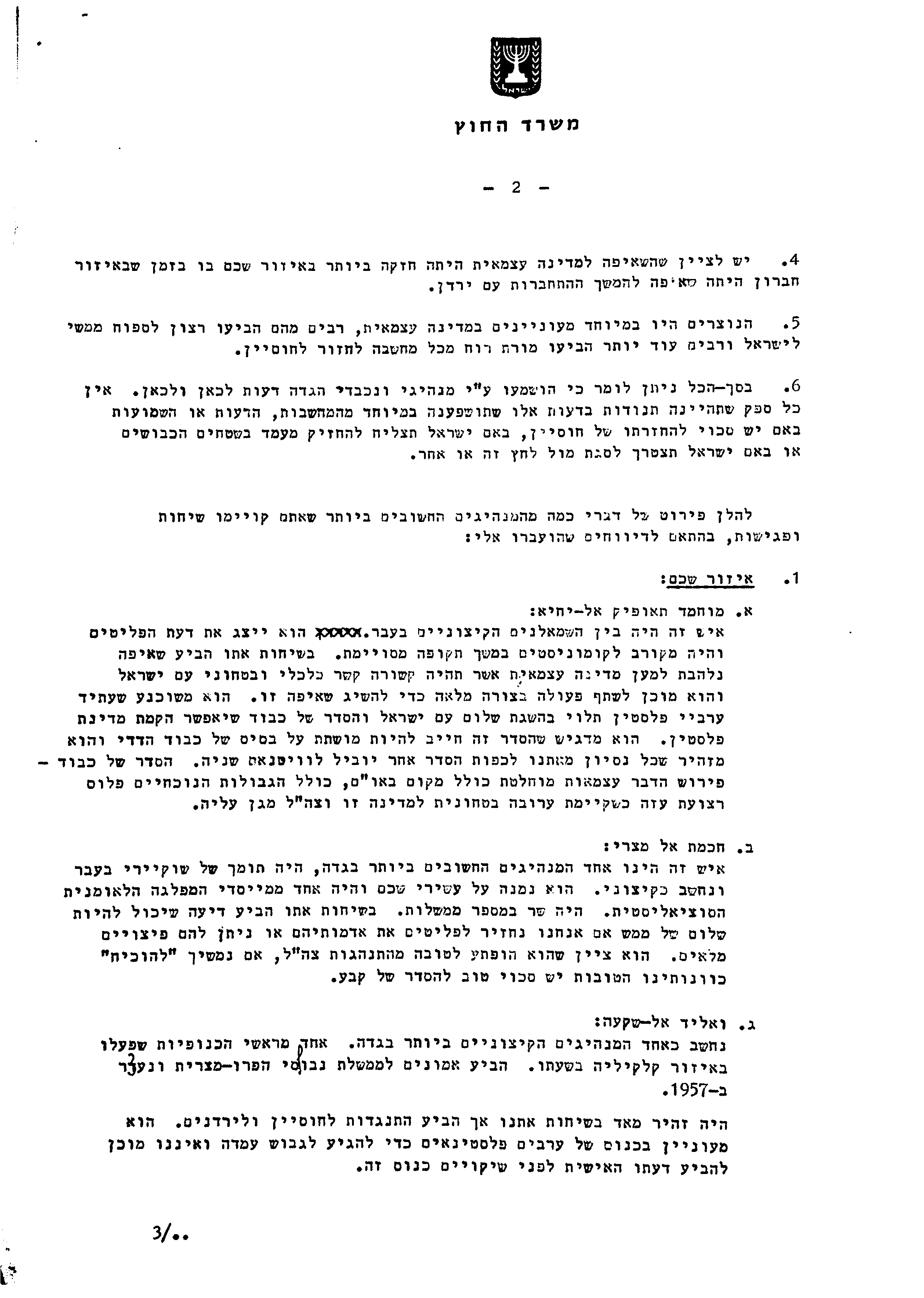 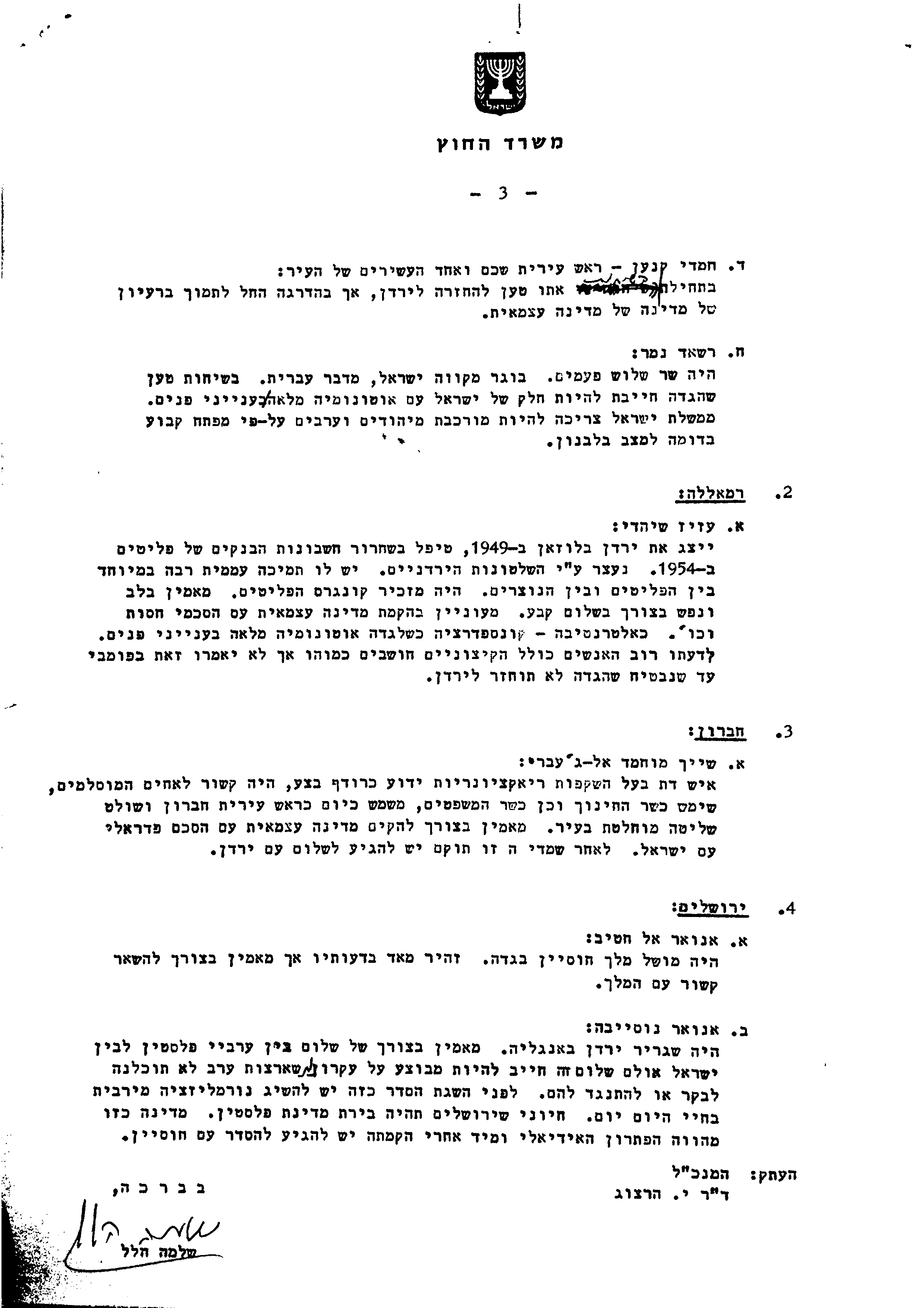 Re: West Bank residents' thoughts and opinions regarding the future

“Meetings were held with some of the West Bank leaders in various frameworks, to hear their thoughts on the future of the West Bank as it appears to them”, explained Hillel. Based on the reports provided to the MFA by the Israelis who attended these meetings, Hillel gave a summary of the positions some of the Palestinian leaders expressed.

In his report to Minister of Foreign Affairs Abba Eban (on which the director general of the PMO was also copied), Hillel identified “several common positions” shared by the Palestinian leaders. “All of them, including the most radical, claimed a permanent arrangement between Israel and the [West] Bank must be arrived at now, and argued that such an arrangement would help diminish tensions between Israel and the Arab states”. 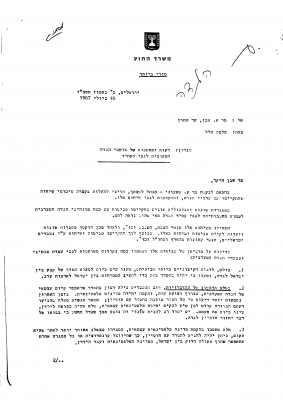 Re: West Bank residents' thoughts and opinions regarding the future