Independence Day as a Loyalty Gauge

Historical records from the early decades of statehood reveal Israel took a keen interest in how Independence Day was marked in the country’s Palestinian communities. The documents show that the Military Government and the Israel Police inquired into minutiae such as who raised a flag in a specific village, where celebrations were held, what character they took, who watched the military parade, who did not, and more. 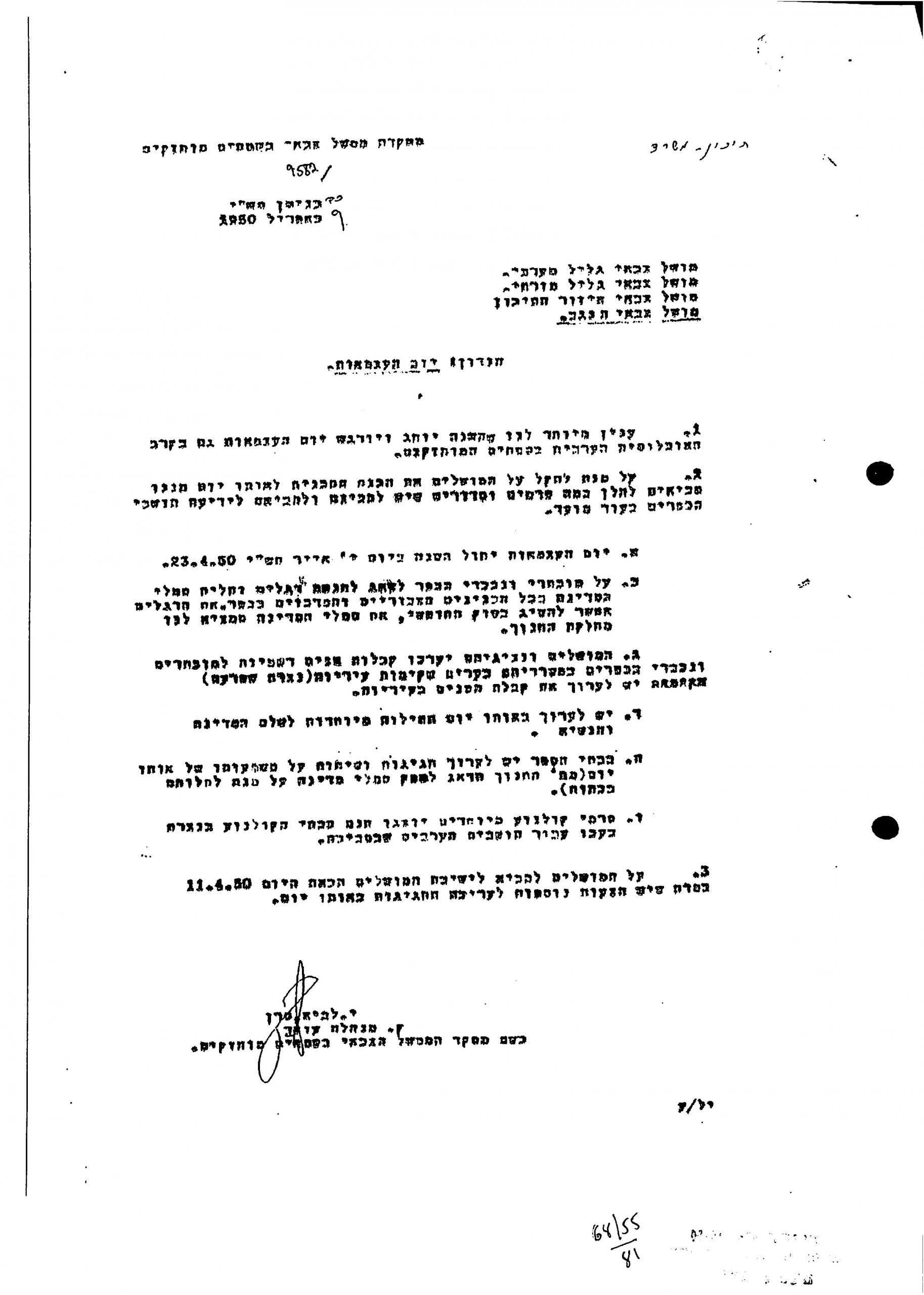 Ahead of Israel’s second Independence Day, the Military Government headquarters informed the military governors – from north to south – of several arrangements and asked that these be provided to residents of Palestinian communities ahead of time. Among the requirements, village Mukhtars (traditionally chosen leaders) and dignitaries would have to make sure Israeli flags and national emblems were hung in all public buildings in their village and special prayers for the safety of the country and its president would have to be held. Special films would be screened in Acre and Nazareth for residents of the region. 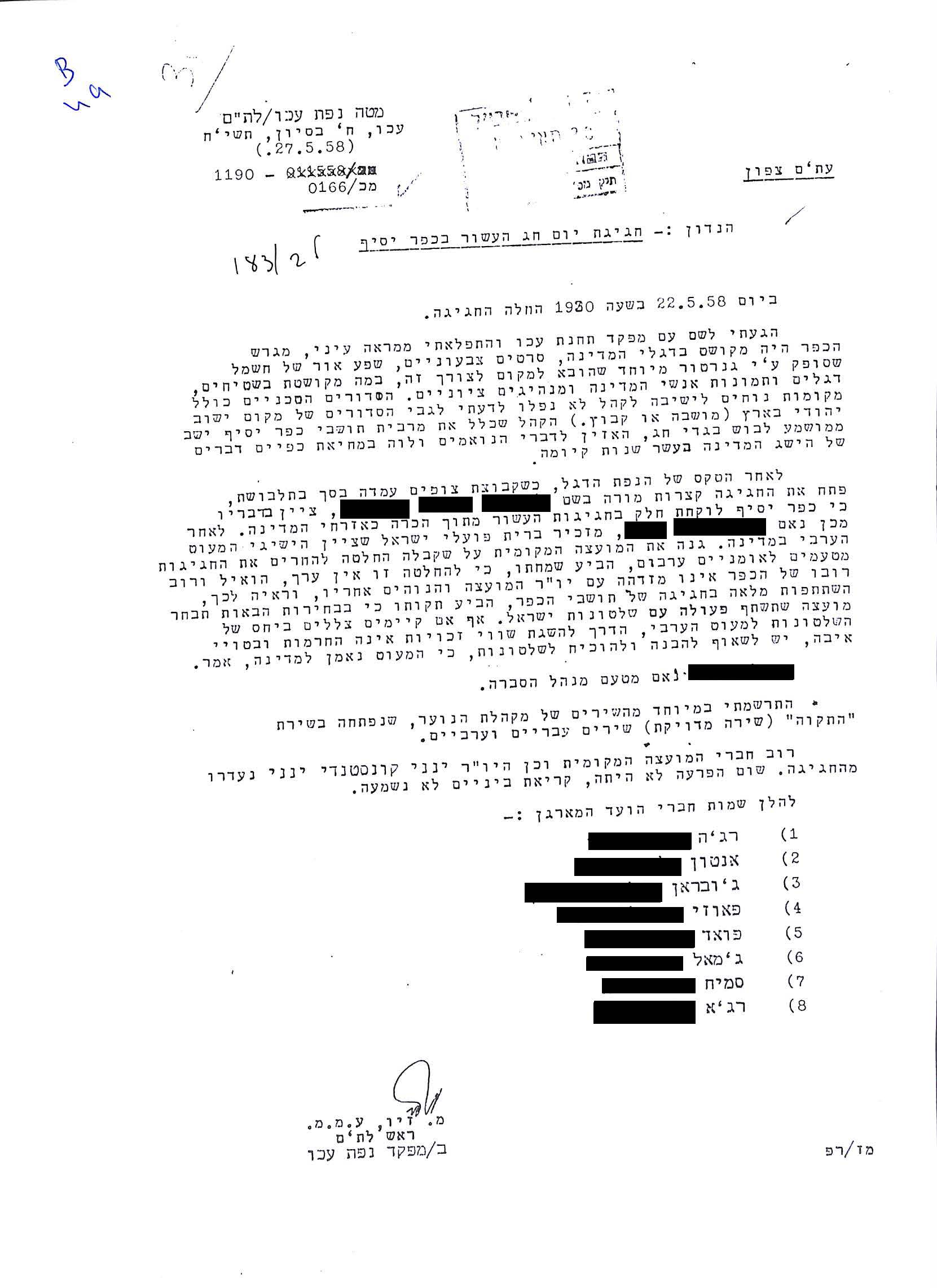 Letter of Head of the Special Functions Unit, Acre

Reporting after a visit to Kafr Yasif for the country’s tenth anniversary, the assistant to the Northern District Police Chief expressed how impressed he was by the fine celebrations in the village, the decorations, and the meticulous organization. He went so much as to note that the technical arrangements, “in my opinion, could have rivaled those of a Jewish community in the country.” The letter indicates that the local council itself had, in fact, chosen to boycott Independence Day celebrations and that they had been organized by an independent group of people whose names are listed at the end of the letter. 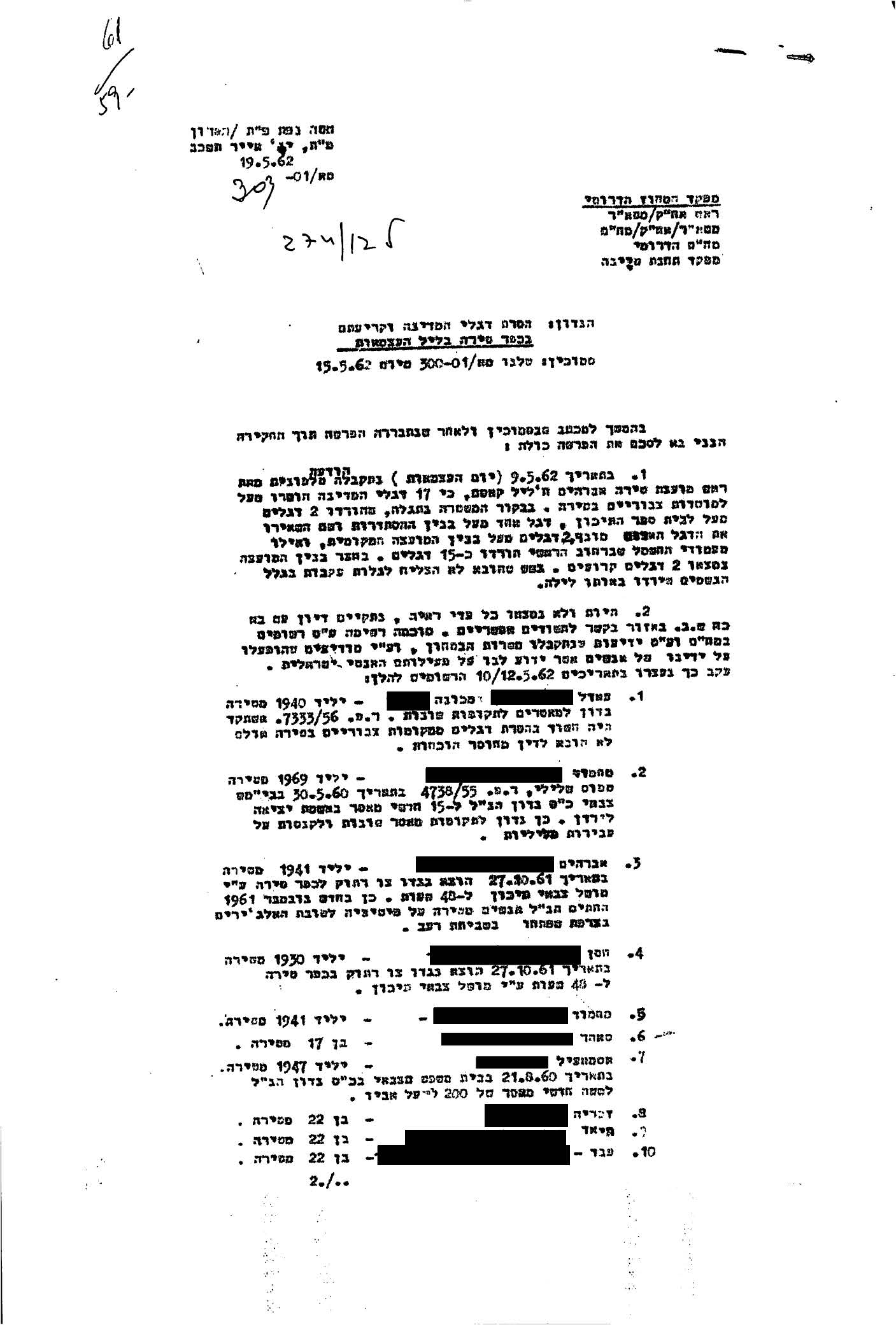 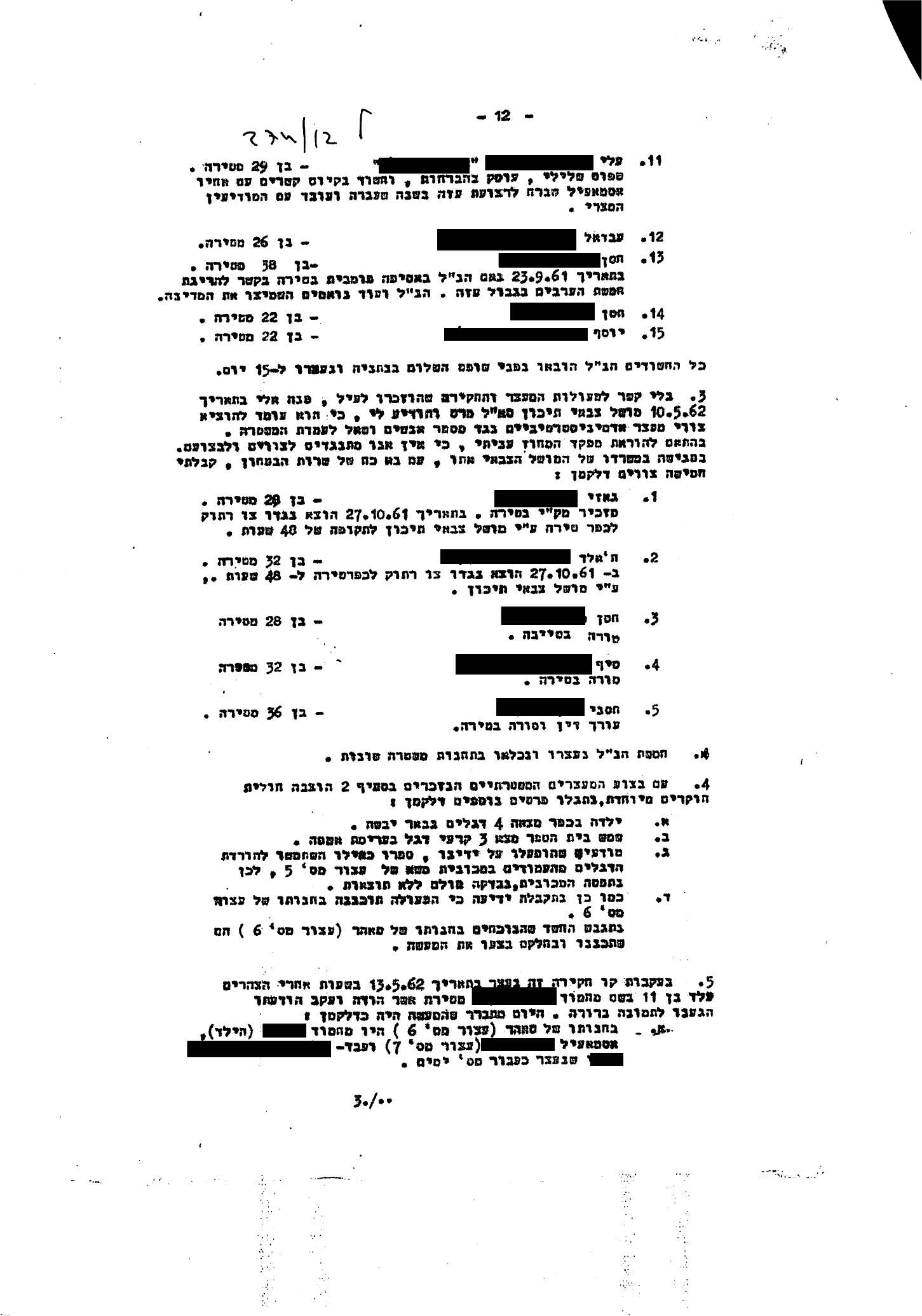 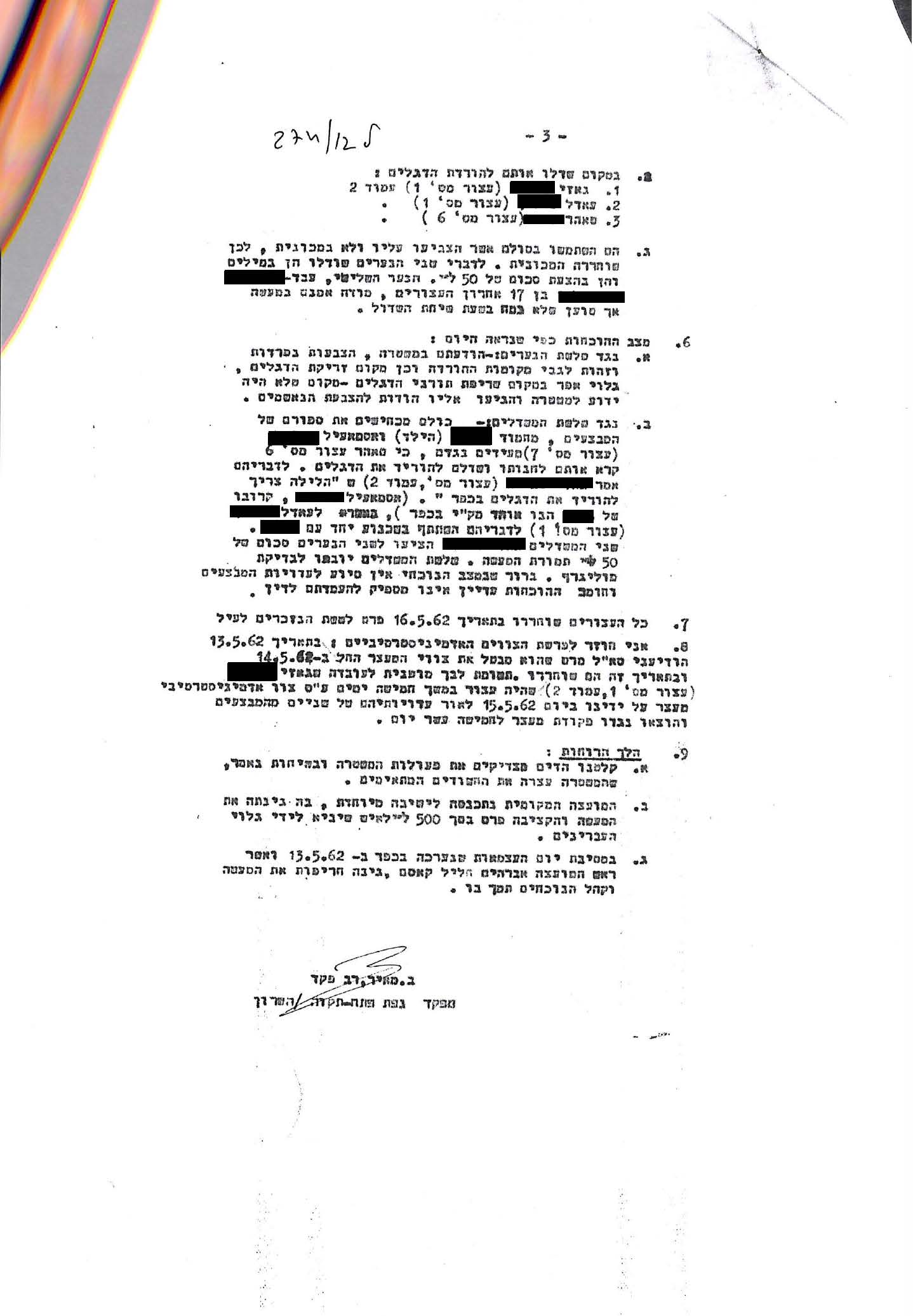 A letter to the district’s commander describes an investigation launched in response to a report from the Head of the Tira Council about the removal and defacement of 17 Israeli flags from public buildings in the village. Following the report, a list of 15 suspects was compiled with the help of the General Security Service, and they were arrested for 15 days. An 11-year-old boy was later arrested on suspicion that he and some other boys had taken down the flags. 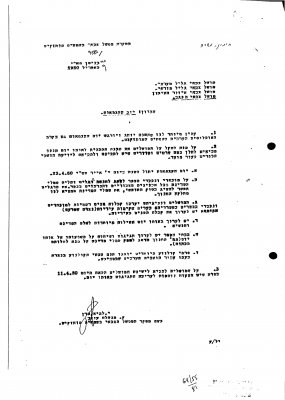 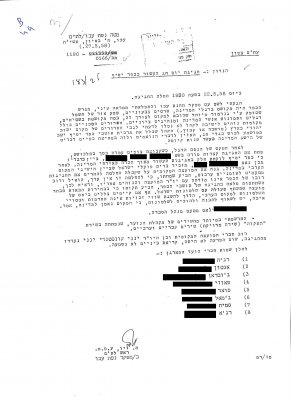 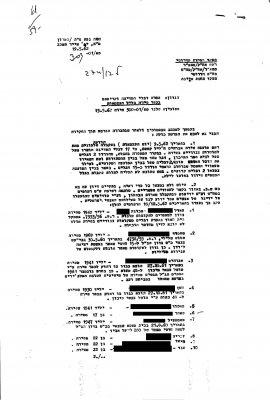