“The premise with regards to Arabs in Israel: a security problem”

A document like this is not something you see every day: six pages methodically detailing Israel’s unofficial policy toward its Palestinian citizens, as formulated by the country’s highest-ranking officials: preventing political organizing, deliberately conducting military training in Arab-populated areas, and encouraging Arab youths into vocational rather than academic educational programs. 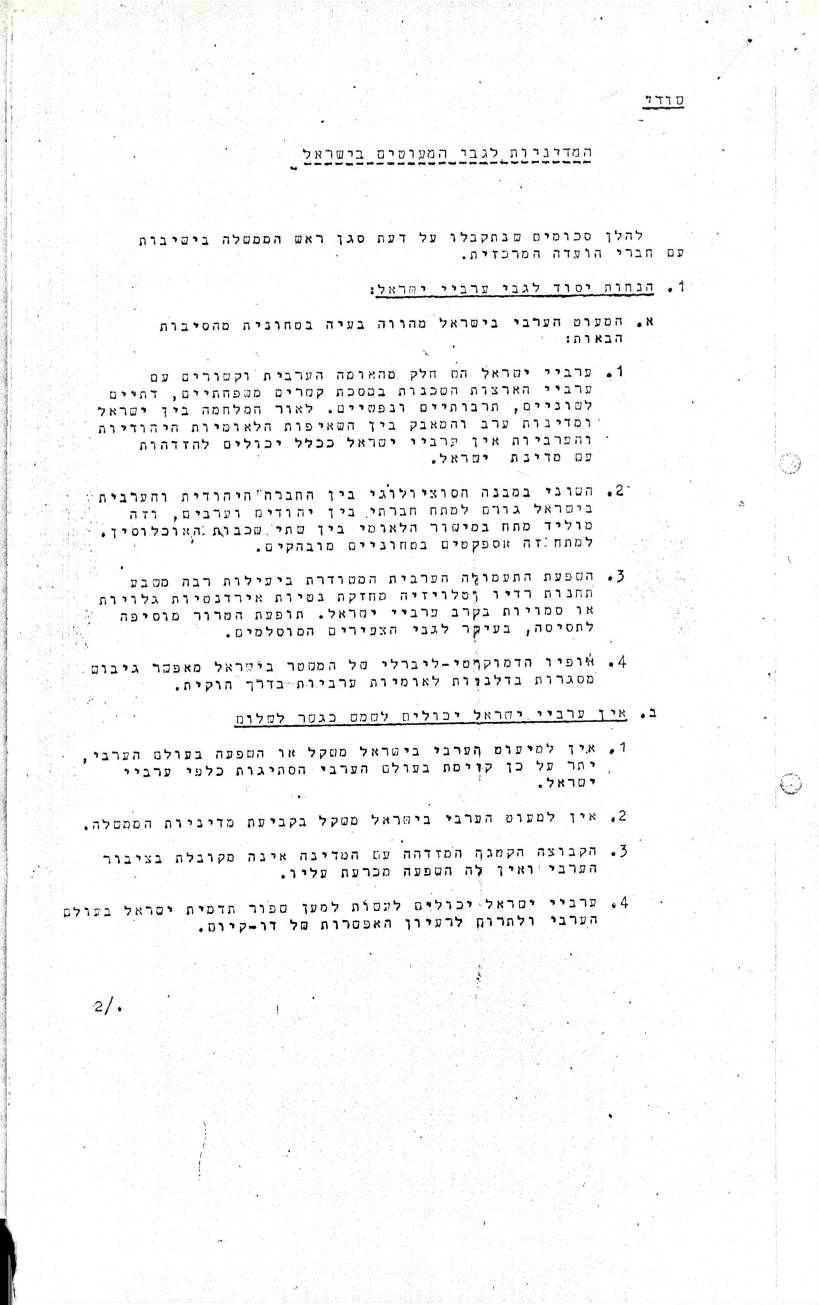 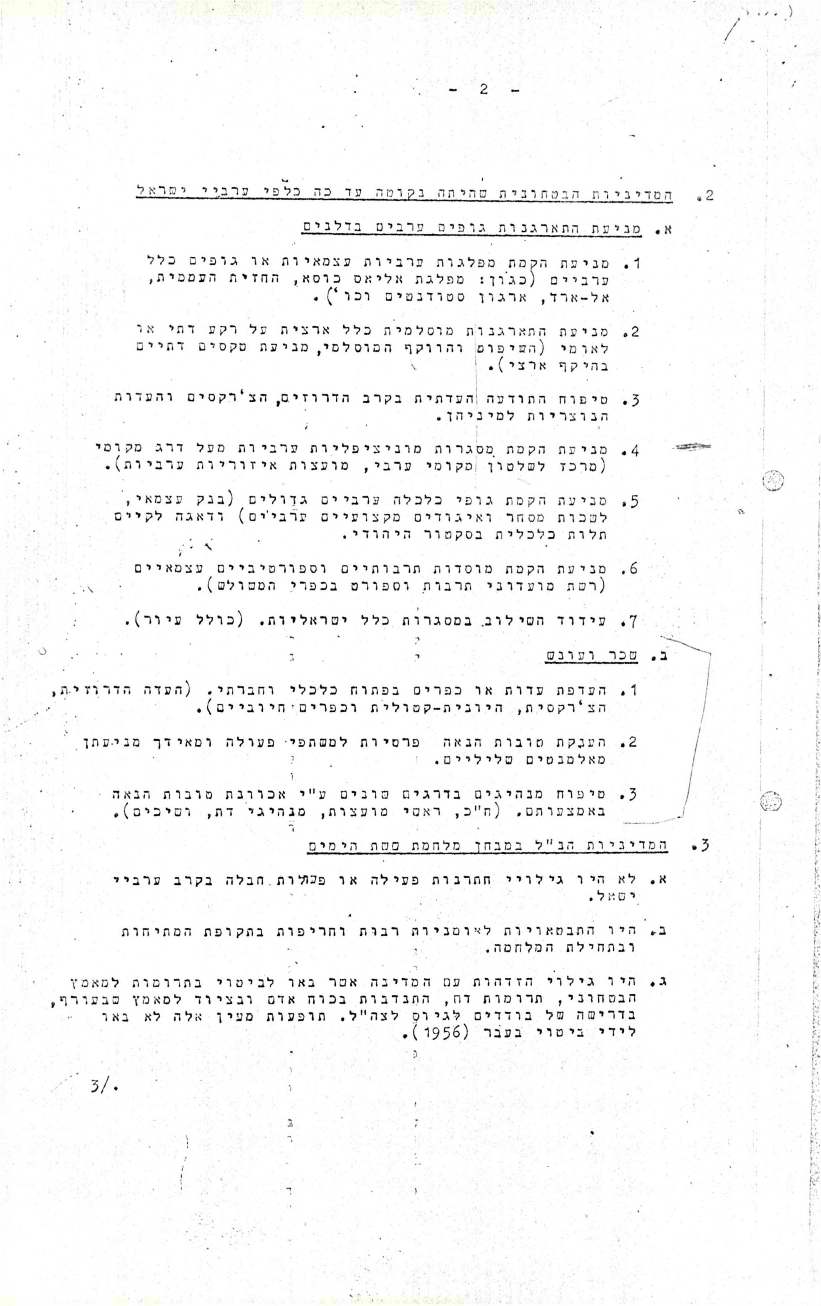 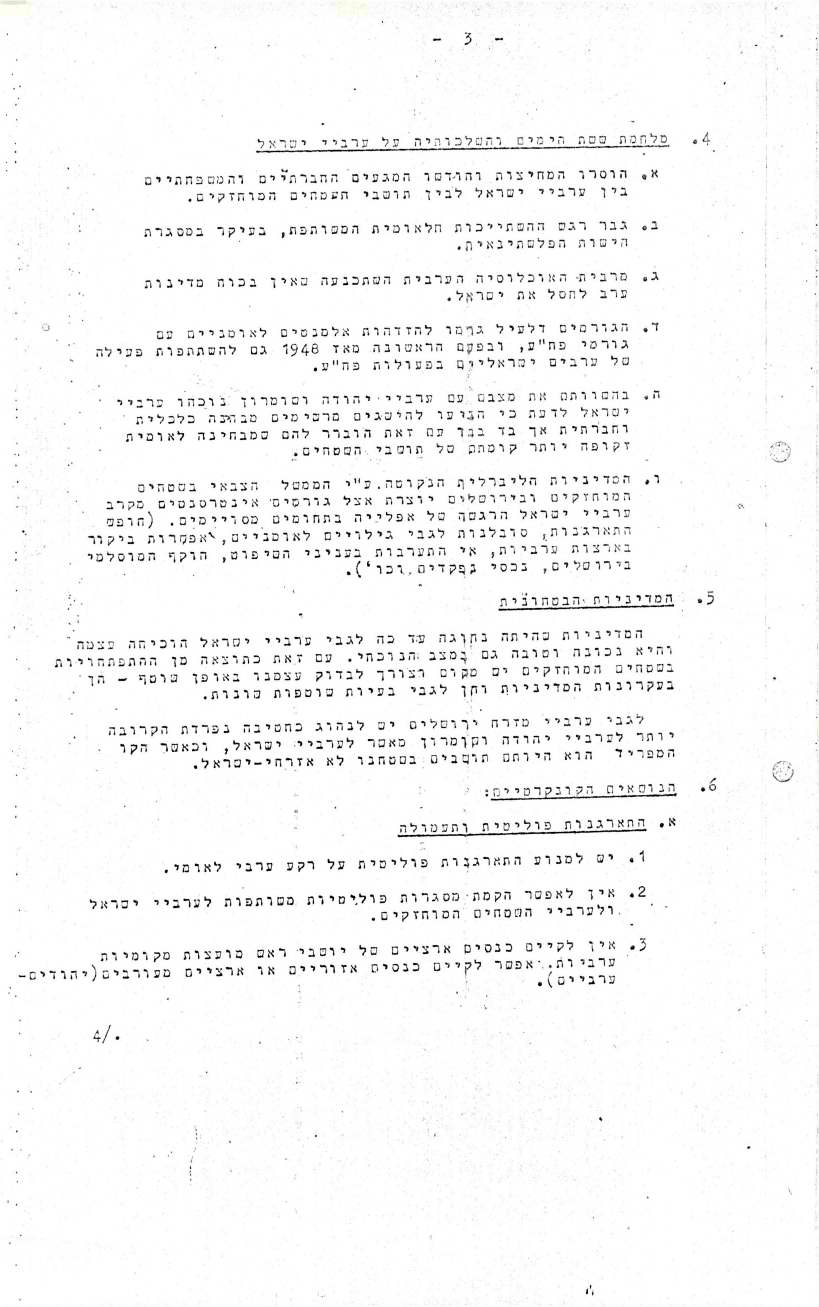 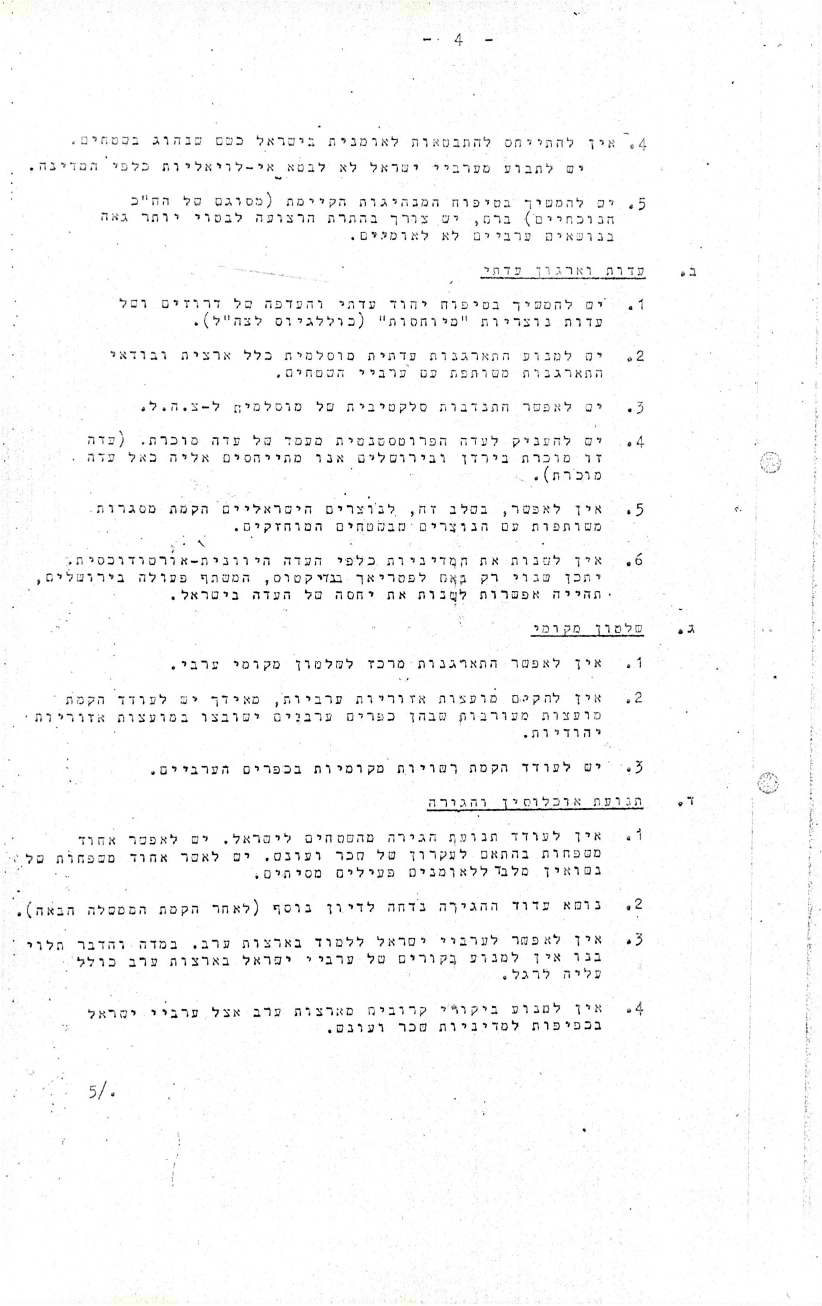 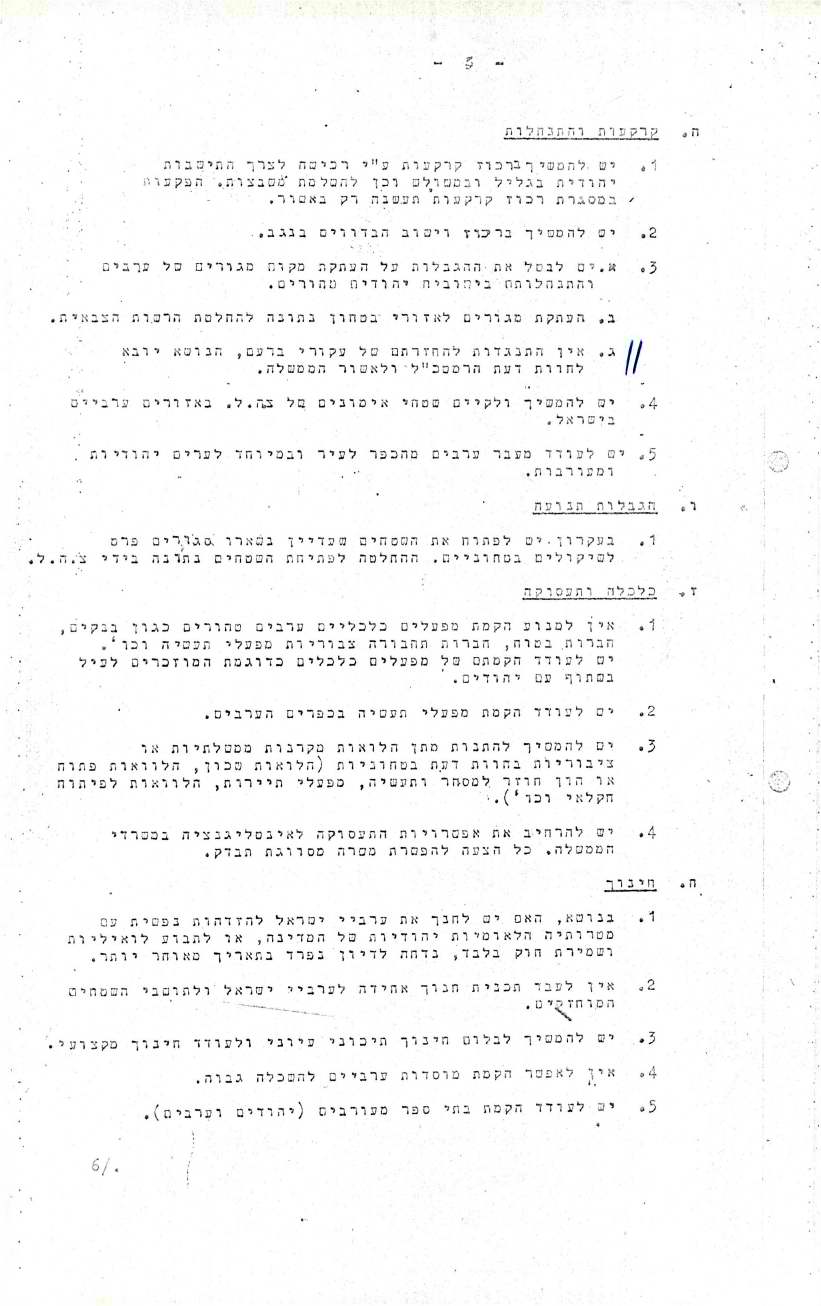 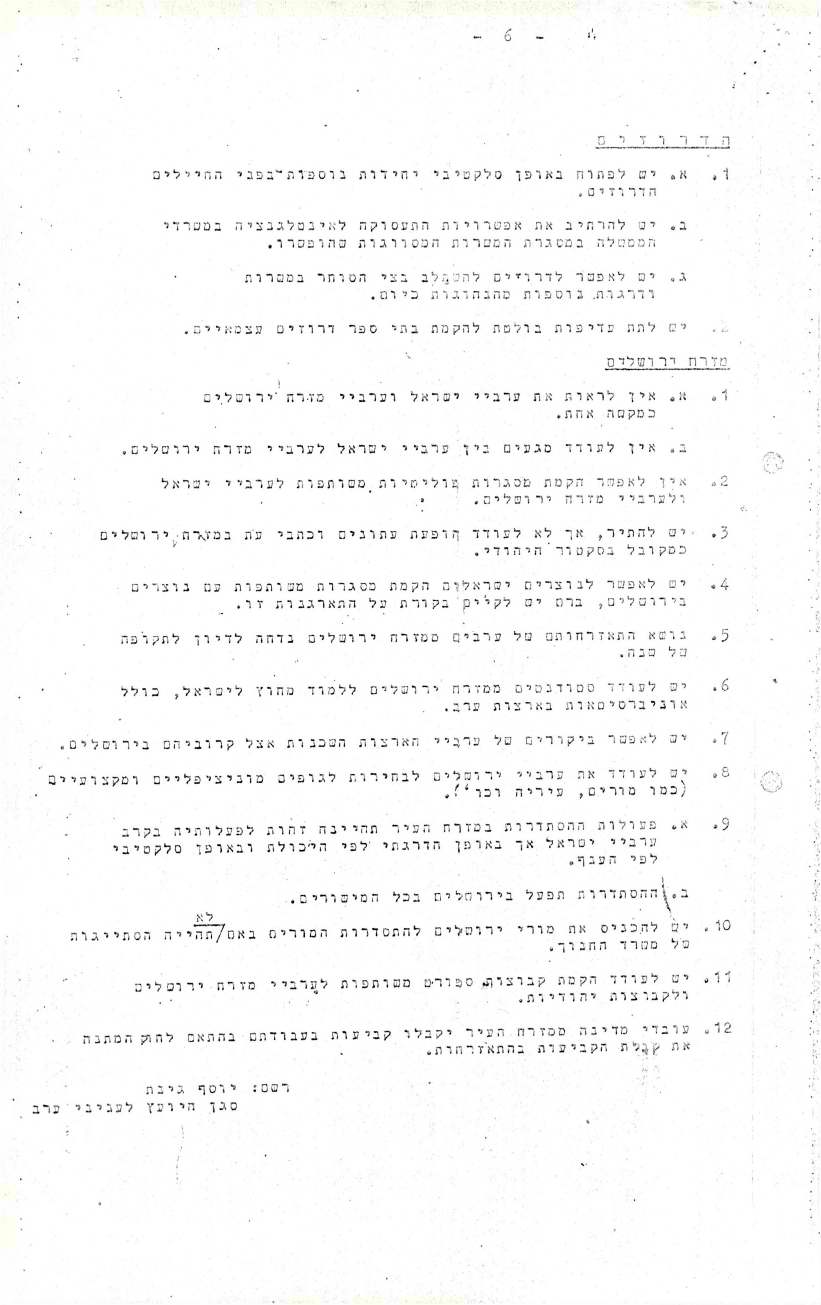 The document was apparently written in the early 1970s. It is a summary of several discussions held between Deputy Prime Minister Yigal Alon and the Central Security Committee, a body made up of representatives from the Shin Bet, the police and the military and chaired by the Prime Minister’s Office Arab Affairs Advisor. The committee made all the major decisions about Palestinian citizens of Israel at the time. 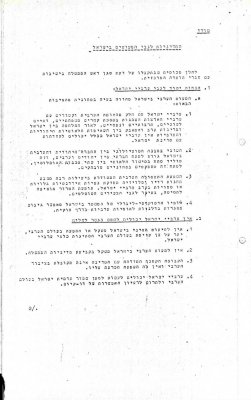