In December 1949, Ministry of Foreign Affairs Executive Director Walter Eytan wrote his superior minister, Moshe Sharett, about a plan to expel the residents of eight villages, some six months after the 1948 War ended. 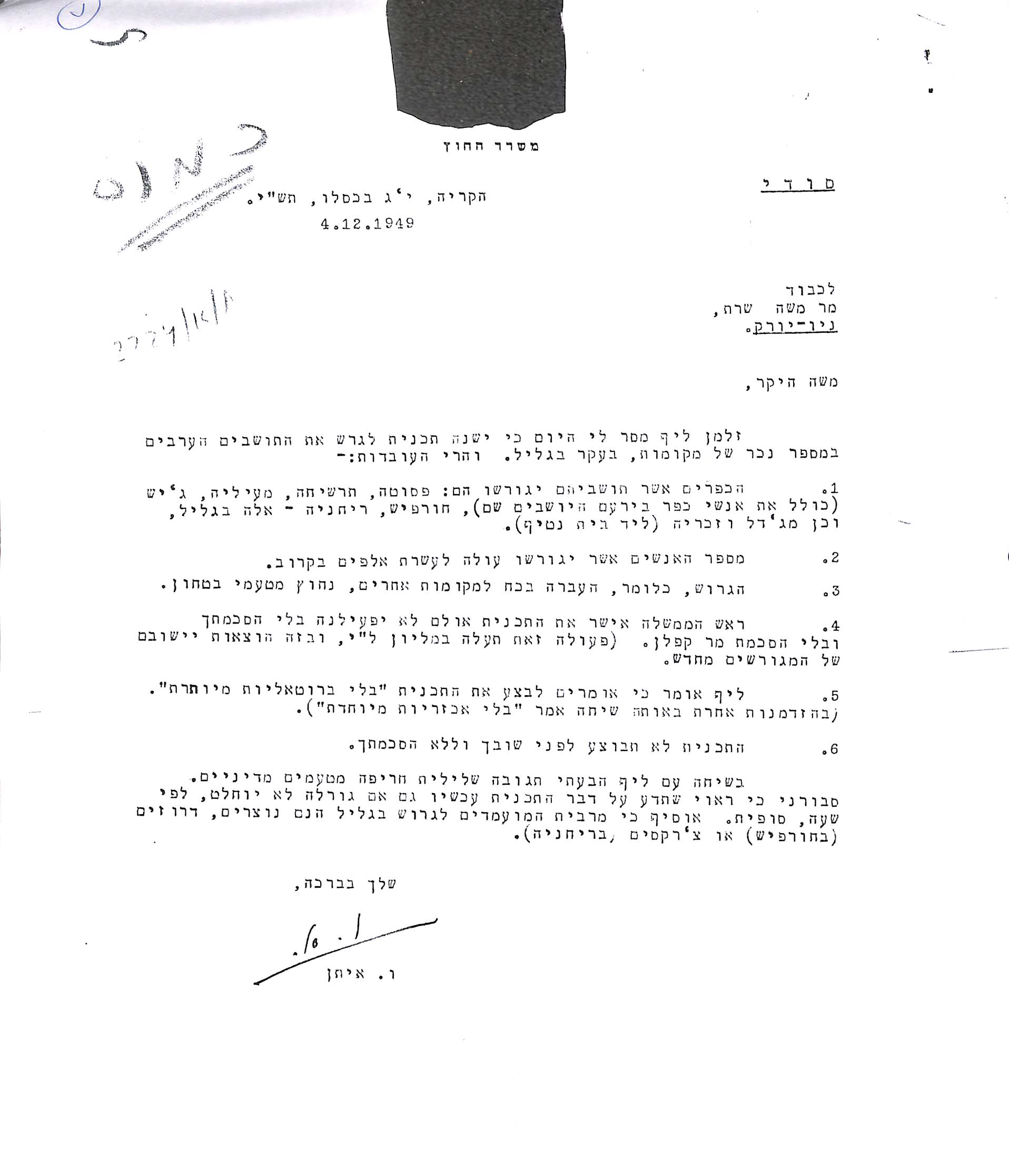 In December 1949, Ministry of Foreign Affairs Executive Director Walter Eytan wrote his superior minister, Moshe Sharett, about a plan to expel the residents of eight villages, some six months after the 1948 War ended.

According to the letter, posted here in full, David Ben Gurion, who was prime minister at the time, had approved the expulsion of nearly 10,000 people for “security reasons”. Villages targeted for expulsion in the Galilee included Fassouta, Hurfeish, Rihaniya, Tarshiha and Jish (including refugees from Bir’am). Eitan noted he objected to the plan, which he had been told could be implemented “without unnecessary brutality”. The expulsion plan for the Galilee villages was never carried through, but residents of Zakariya and Majdal were expelled in 1950. It is reasonable to assume that the Galilee expulsion was averted because most of the affected residents were Christian (along with some Druz and Circassian) and their expulsion would have likely generated significant diplomatic pressure.

The letter is stored in file FO-2402/29 at the Israel State Archive (ISA) and had been accessible to the public for more than 25 years. For reasons unknown, however, this letter, along with another document stored in the same file, a report authored by Minister for Minorities Bechor-Shalom Sheetrit, have recently been made confidential again. The digital file on the ISA’s website shows the word “confidential” in place of the two documents.

We forwarded the document to the Military Censor before posting it on our website, and received approval without reservations. This case is joining other similar ones, raising concerns that records kept in governmental archives are withheld from the public for improper reasons that do not fall in line with the provisions of the Archive Law and Access Regulations. 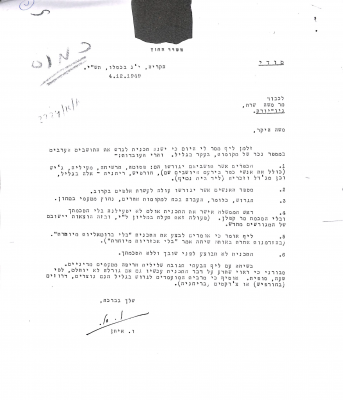