“It should be described as an act of Municipal Fusion, rather than annexation”

The annexation of the Old City of Jerusalem and 27 Palestinian villages in its vicinity to the State of Israel, in late June 1967, was masked as routine administrative measures, in a bid to deflect international opposition to the annexation of occupied territory by the occupying power. 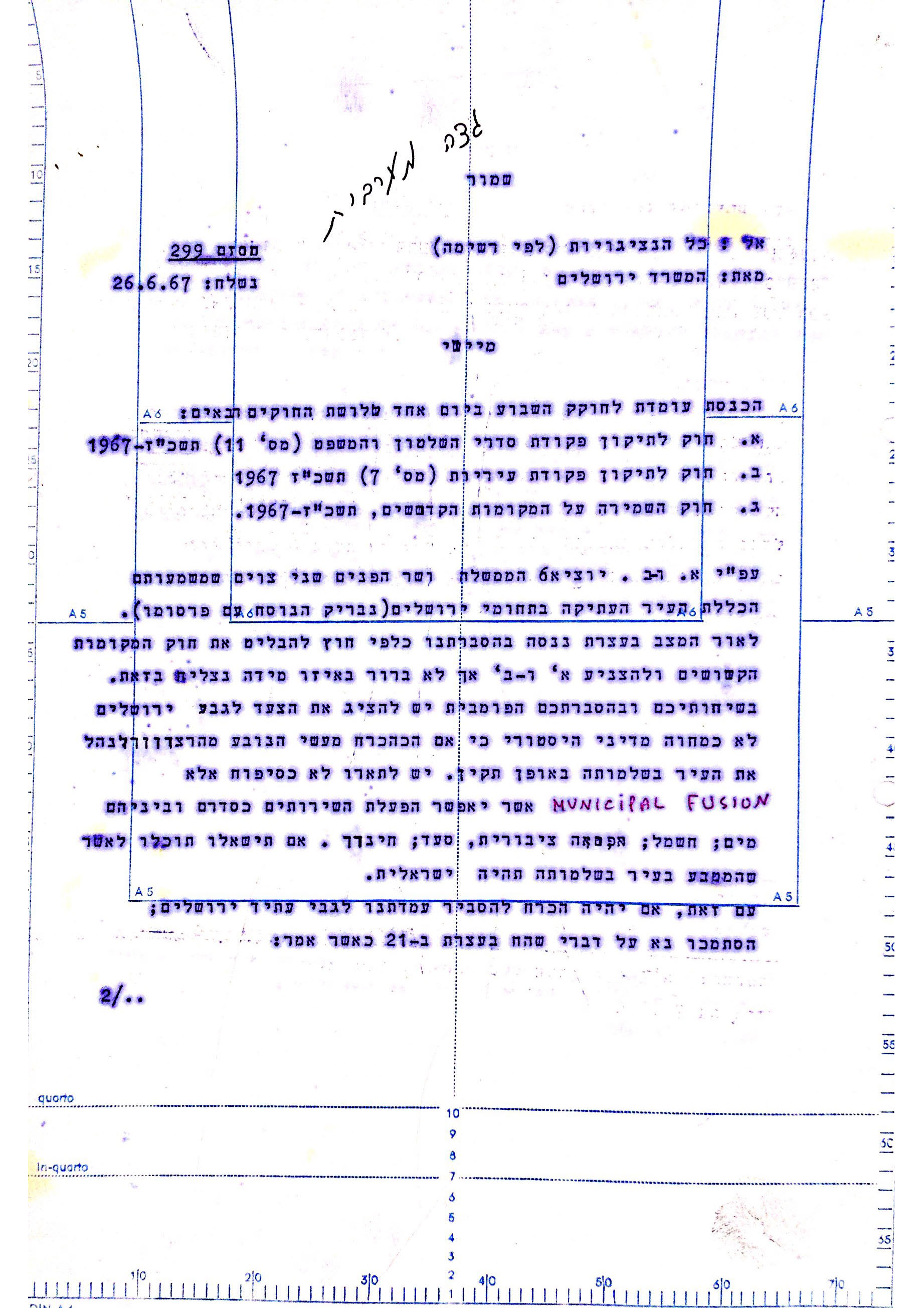 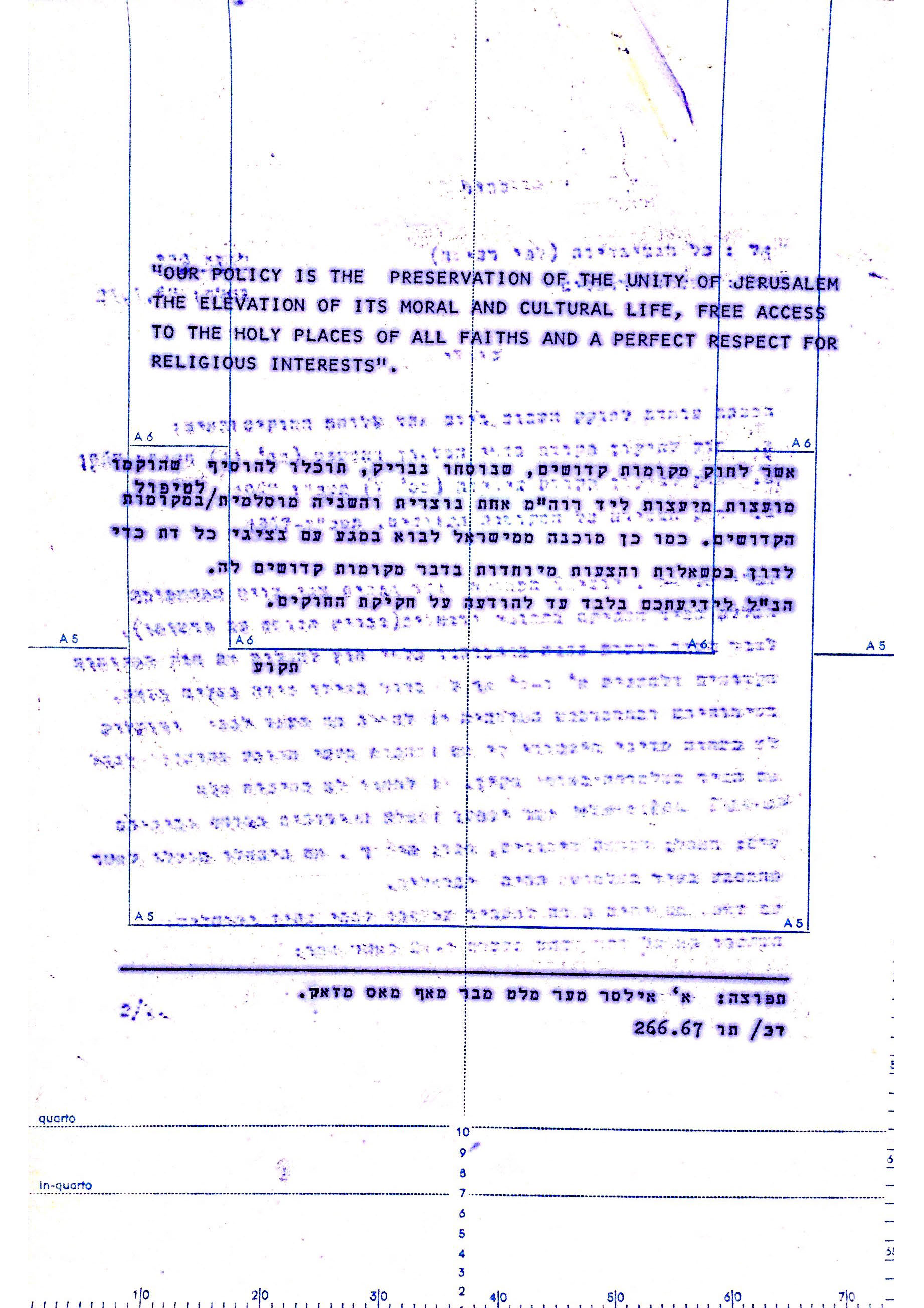 In a classified cable sent to Israeli delegations abroad on June 26, 1967, Yosef Tekoa, MFA’s Deputy Director-General explained that the annexation of the Old City and its vicinity to Israel was expected to take place using three separate laws that would be legislated in a single day. The diplomats were asked to highlight The Protection of Holy Places Law, which guarantees protection for Jewish, Christian and Muslim holy sites in Jerusalem. This was intended to divert international attention away from the other two laws, which were designed to allow the extension of Israel’s jurisdiction to what would become known as East Jerusalem. Israeli diplomats were instructed to present the annexation as no more than an act of “Municipal Fusion”, meant to provide proper services to residents of Jerusalem and its vicinity. 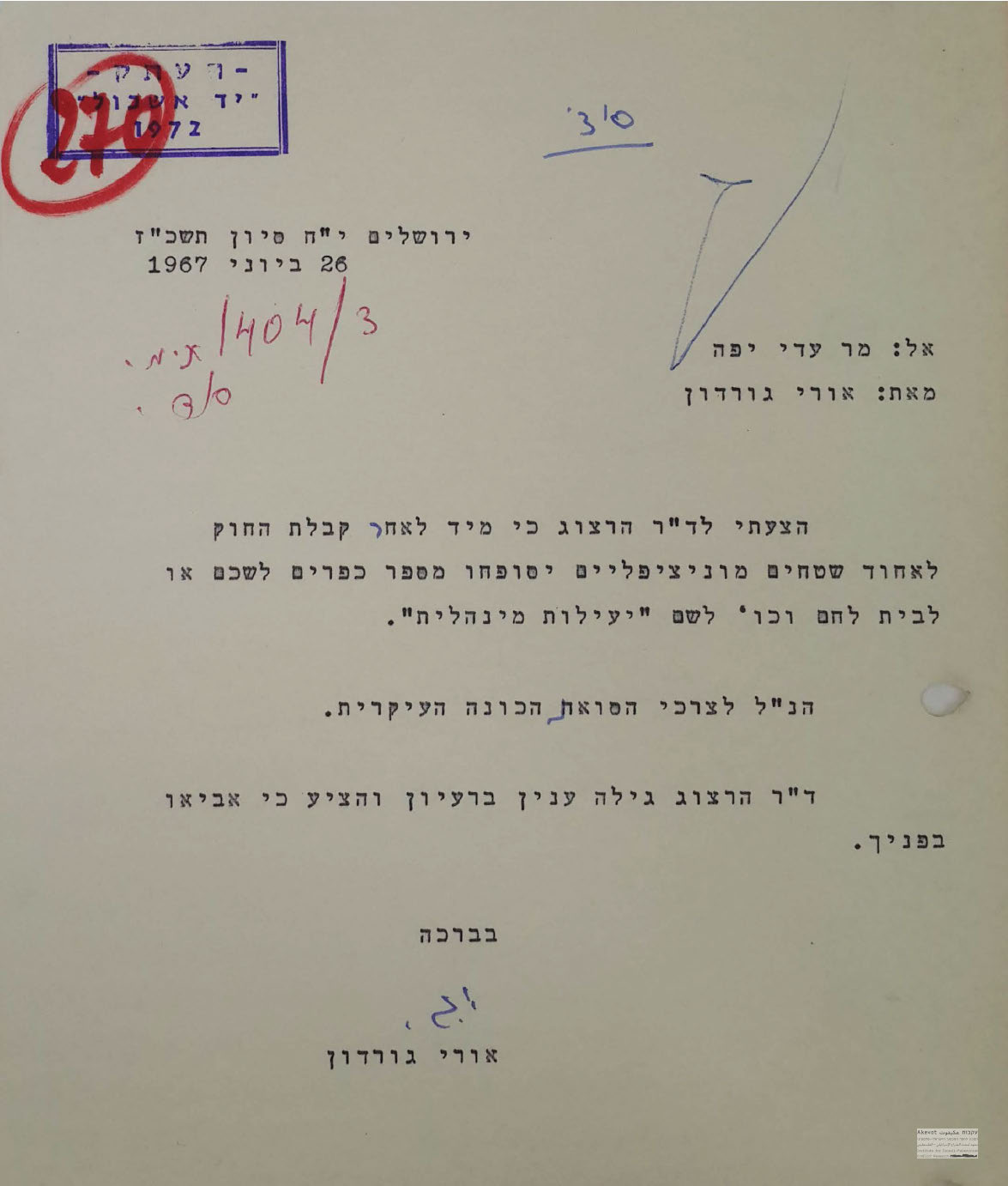 “For the purpose of masking the real intention”

On the same day Deputy Director-General Tekoa circulated his cable to Israeli delegations abroad, Uri Gordon, another Ministry of Foreign Affairs staffer, suggested another ploy designed to hide the political significance of the annexation of the Old City and its vicinity to Israel and Jerusalem. Gordon contacted the executive director of the Prime Minister’s Office, Dr. Yaakov Herzog, and, with his encouragement, the PMO’s chief of staff, Aviad (Adi) Yaffe, proposing that in addition to the annexation in Jerusalem, some of the villages around the city of Nablus should be annexed to Nablus as well. This move, Gordon suggested, would also be presented as an “administrative efficiency measure”, explaining that it “would be carried out for the purpose of masking the real intention” of expanding Jerusalem into the occupied territory. 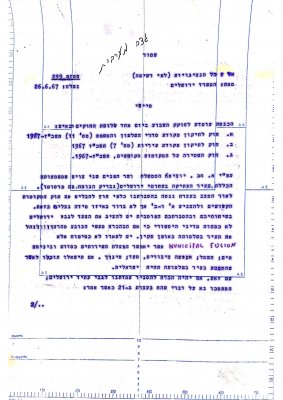 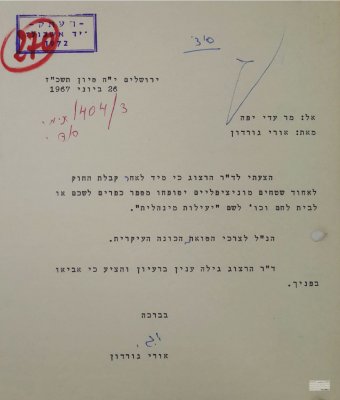 “For the purpose of masking the real intention”