In this document, Akevot Institute has redacted the names of the adopted babies and the name of a European country to which one of them was sent.

The opinion of Shmuel Hollander, Deputy Legal Advisor to the State Comptroller’s Office: “not only has the handling of the children been tainted by illegality, it is also morally unacceptable”.

The annex to Einstein’s letter contained information about the babies – the names they were given, their dates of birth and details of their transfer abroad.

In this document, Akevot Institute redacted identifying information about the adopted babies: names, dates of birth, travel document numbers and the name of a European country to which the baby born in Jerusalem (to a mother from Sinai) was transferred. 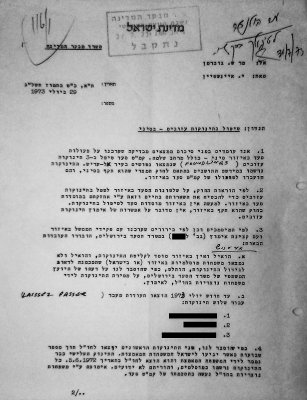 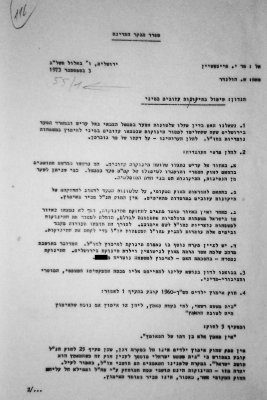 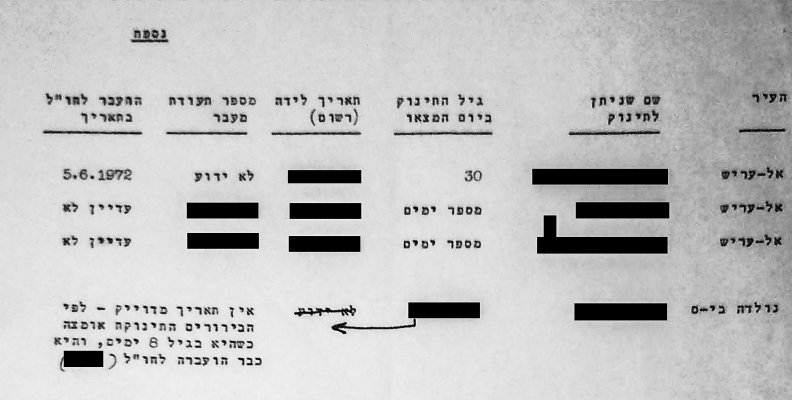