“Though some incidents in which military commanders collect architectural relics from historical sites do occur, it is difficult to prevent this”

On the margins of Israel’s overall policy in the 1950s and 1960s, designed to destroy the remains of depopulated Palestinian villages and erase all traces of the country’s Palestinian past – artifacts and relics of buildings were looted from the empty villages. In correspondence with Chief of Staff Moshe Dayan, the director of the Antiquities Department asked him to “intervene with his officers to end this practice.” 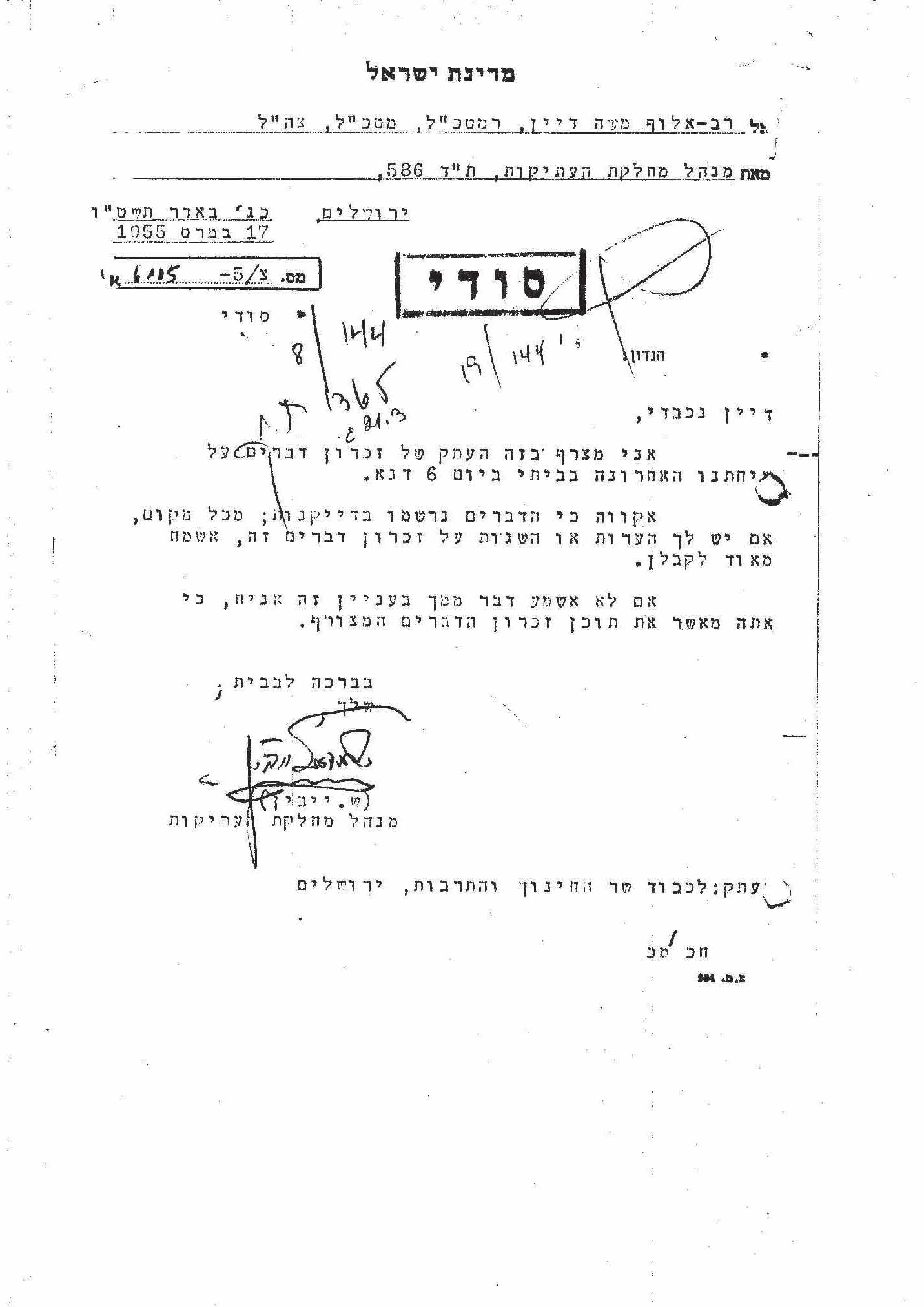 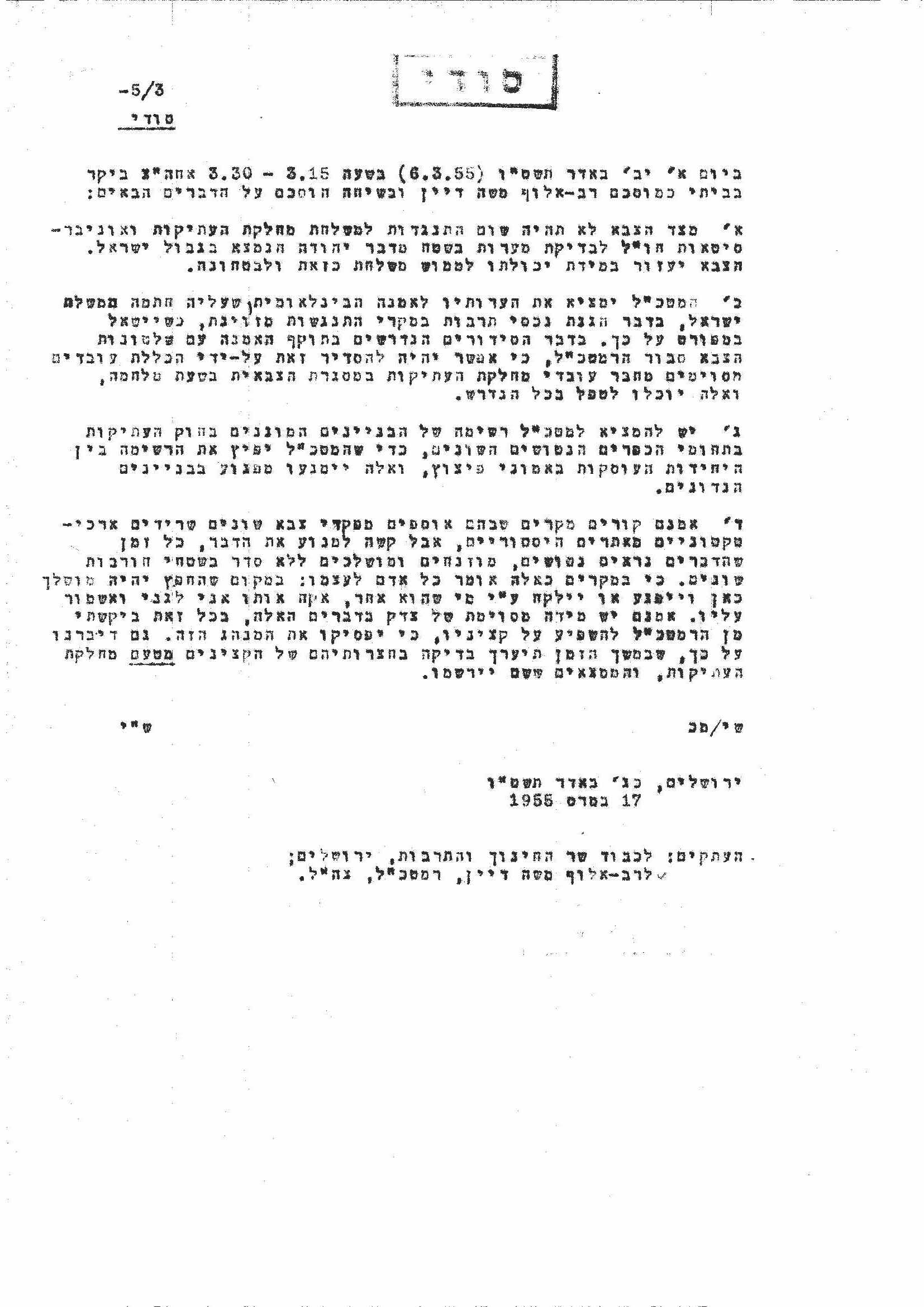 In March 1955, Antiquities Department Director Shmuel Yeivin met in his home with Chief of Staff Moshe Dayan. After the meeting, Yeivin sent Dayan a memo regarding their verbal agreements. In addition to discussing how the military could help and cooperate in safeguarding antiquities and implementing the international conventions Israel had signed in this matter, the two discussed another important topic: the pilfering of archeological artifacts and items from historical sites. Yeivin asked Dayan to advocate among military personnel in an effort to end this practice, even suggesting that Antiquity Department staff would visit officers’ homes to record what items they had. 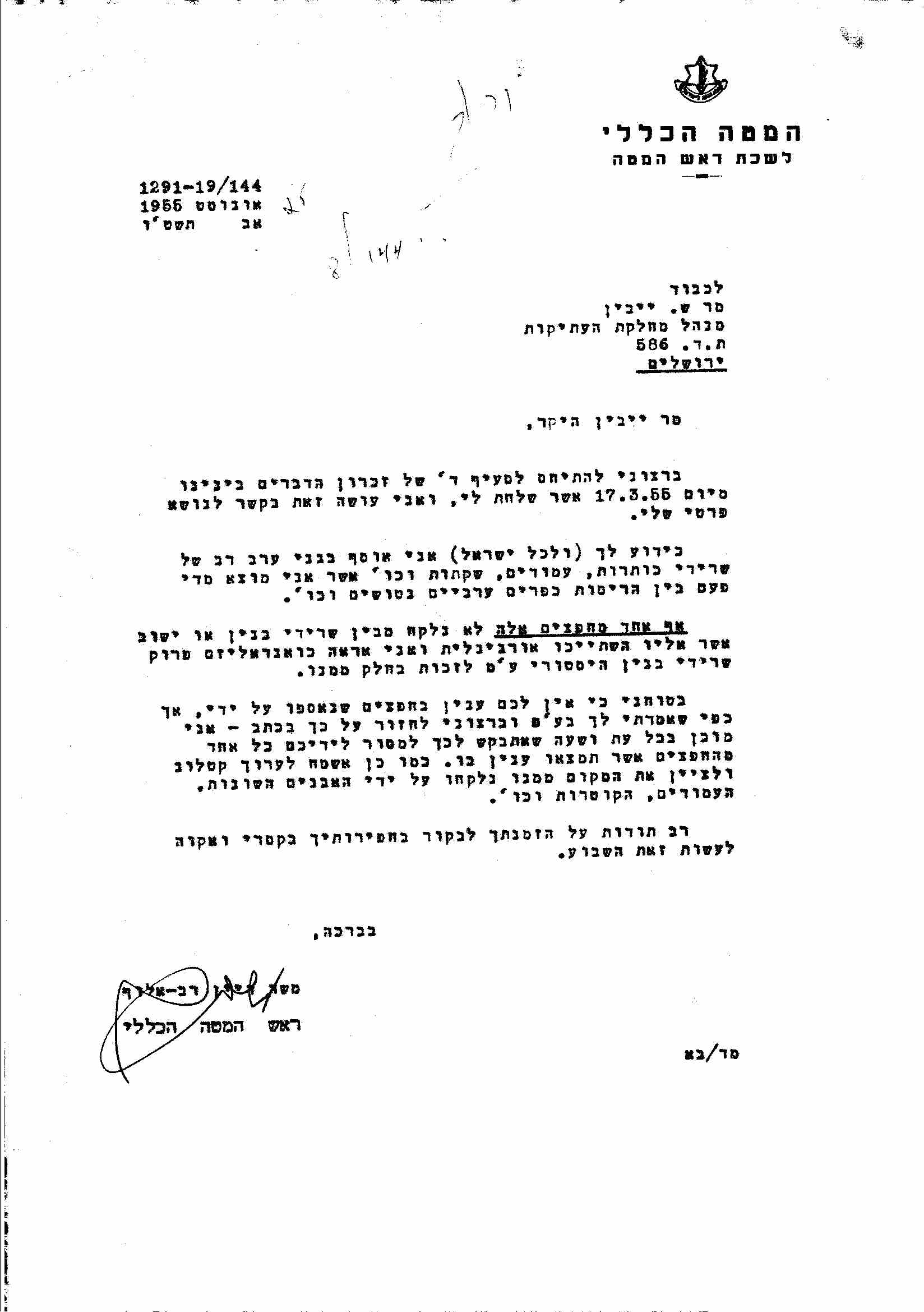 In his response to the minutes sent by Yeivin, Dayan addressed only one item: The involvement of military personnel in the removal of antiquities and archeological artifacts from depopulated Palestinian villages. Dayan, who was known for his love of archeological artifacts, admitted he was in the habit of collecting, “remains of [pillar] capitals, pillars, troughs, which I sometimes find among the ruins of abandoned Arab villages.” He did, however, note that he had never intentionally took apart objects or relics from a building or community. “I would regard dismantling the remains of a historic building in order to obtain part of it as vandalism.” 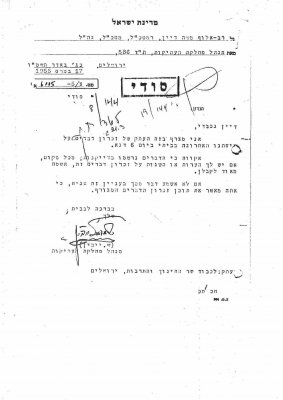 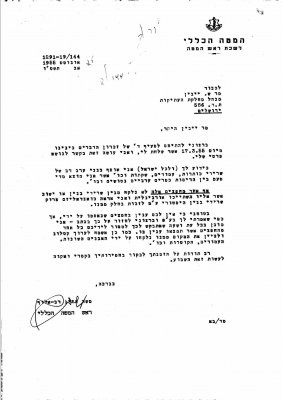