Hast thou dispossessed, and also taken possession? How the grain of the al-Hozayel tribe ended up in the hands of the former Military Governor

Constantly pushed out of farmlands, concentrated in circumscribed areas, and forced to sell their produce through exploitative monopolies – this is how the Military Government did the state’s bidding in the dispossession and suppression of Bedouin communities the Negev in southern Israel. In a letter to the Minister of Agriculture, the head of the al-Hozayel tribe details an ordeal of exploitation, culminating with Israeli combine harvesters confiscating grain from an area spanning 4,000 dunams. The confiscated crops made their way in the hands of none other than the military governor himself. 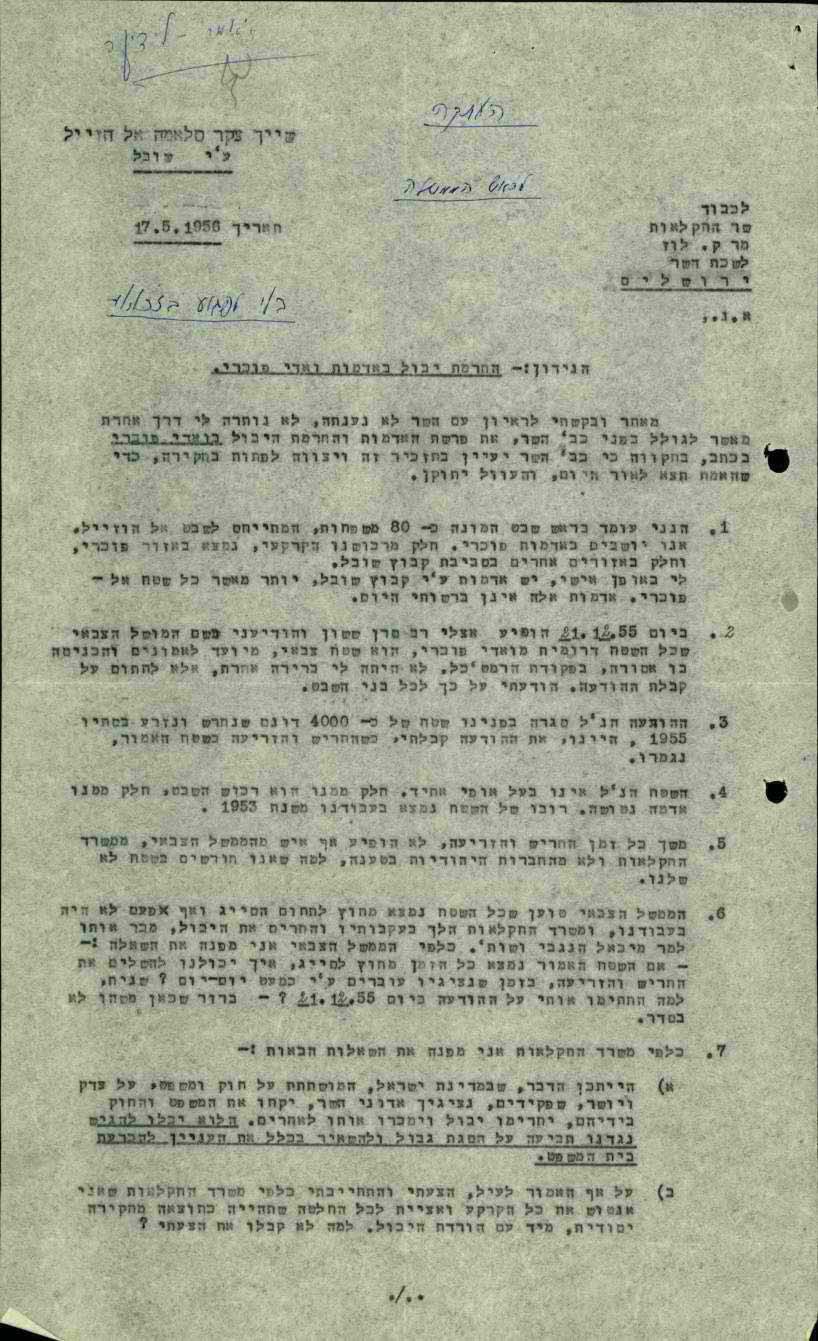 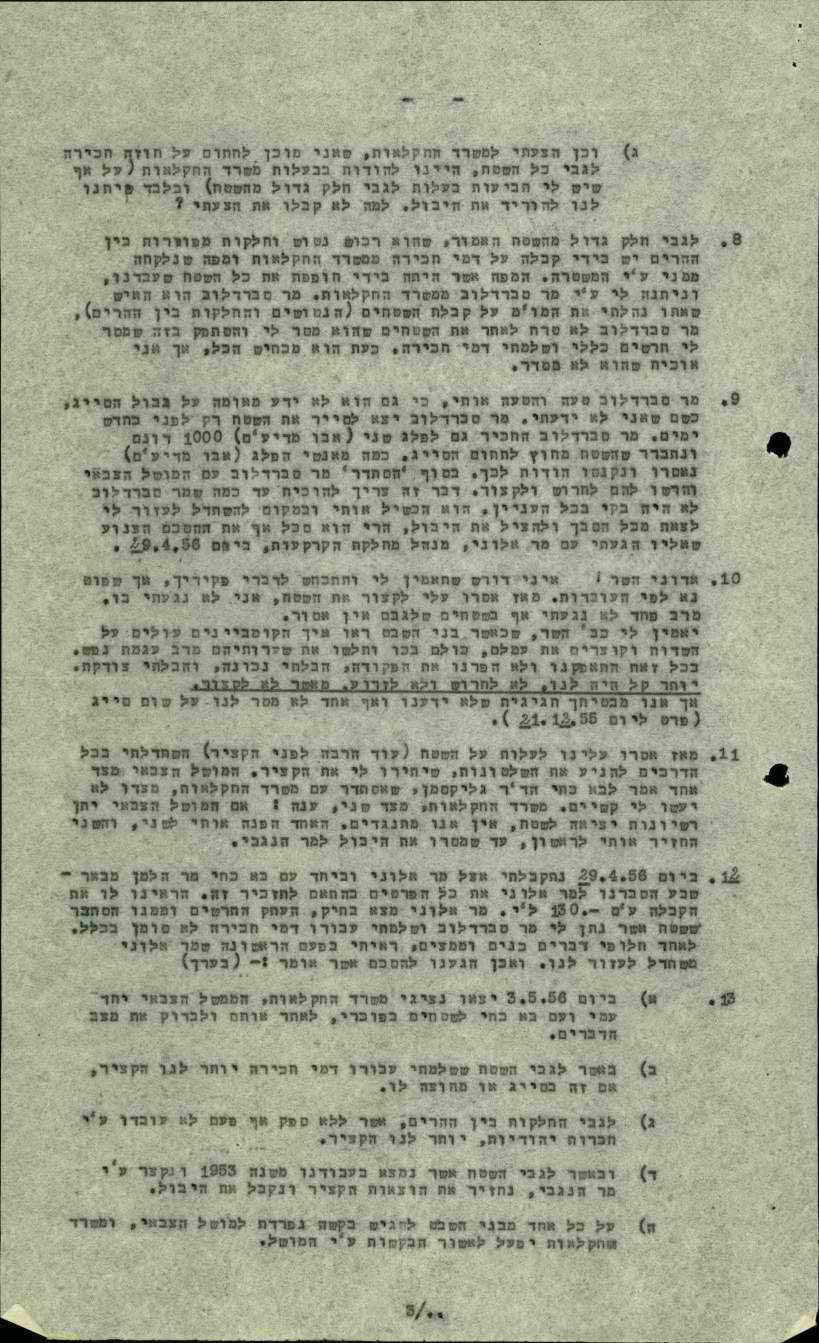 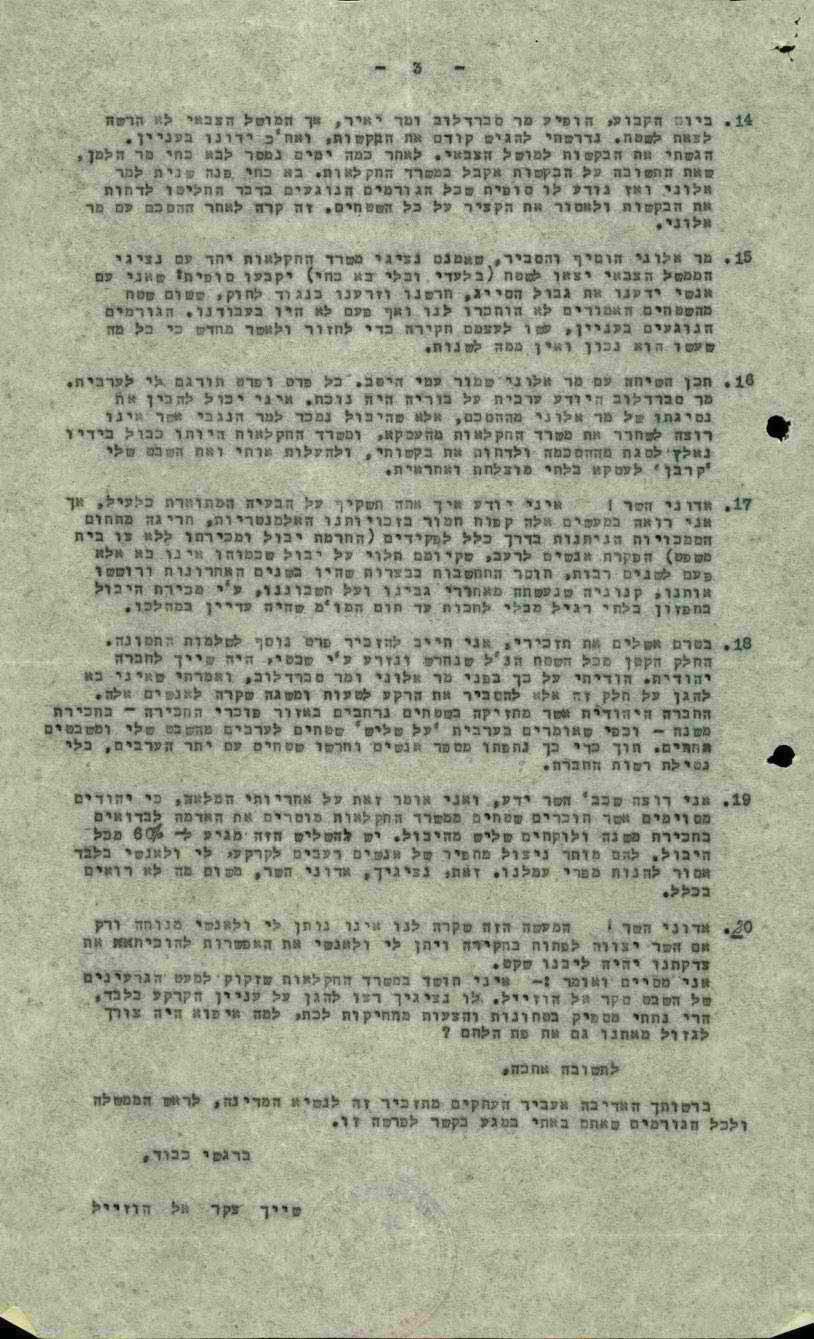 After his request for an audience with the Minister of Agriculture was left unanswered, the head of the al-Hozayel tribe wrote to the minister, detailing what had happened on tribal lands in the area of Wadi Fukhari, east of Kibbutz Shoval in the northern Negev. In the letter, Sheikh al-Hozayel describes how the Military Government had closed off about 4,000 dunams of cultivated land for military training with no notice to members of the tribe, who plowed and sewed the plots there. Tribe members even paid leasing fees to the Ministry of Agriculture on part of the area that was closed. The grain was later harvested and sold to a cooperative with ties to Michael Hanegbi, who had served as the Negev Military Governor a few years earlier. The letter provides a glimpse at how Bedouin farmers were at the mercy of the Israeli bureaucracy, the lack of coordination between various ministries and agencies, and the difficulties of obtaining travel and entry permits in order to access lands. 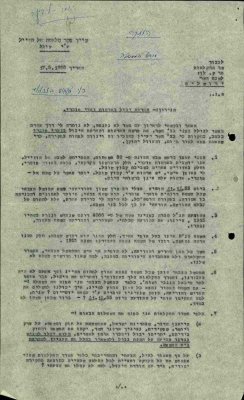 Letter of Sheikh Saqer Salameh al-Hozayel to Minister of Agriculture Kadish Luz,
May 17, 1956