“The fiction of replacing the means with the end may backfire”

Condemnation for the practice of using fictitious security reasons as a guise for building settlements usually come from the opposition to the settlement enterprise. It is rare to see this false excuse exposed by those who support it, or, in this case, from one of its leaders. This rare opportunity comes in a letter sent in December of 1978 by lawyer and columnist Elyakim Haetzni to the director general of the Ministry of Justice at the time, Meir Gabai. The letter offers an unusual glimpse into the system used to dispossess Palestinian landowners, oddly by someone who has no compunction about the issue. 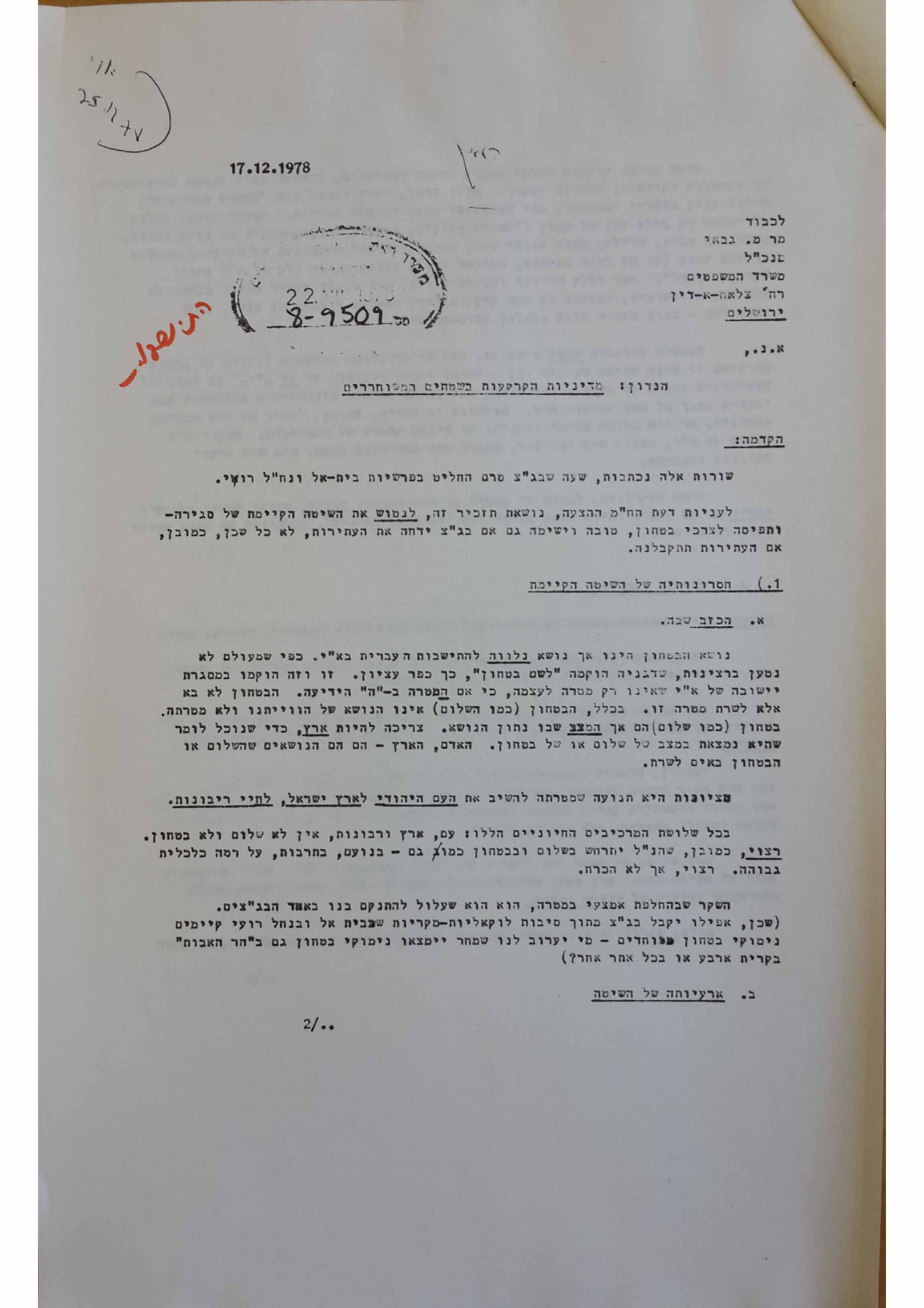 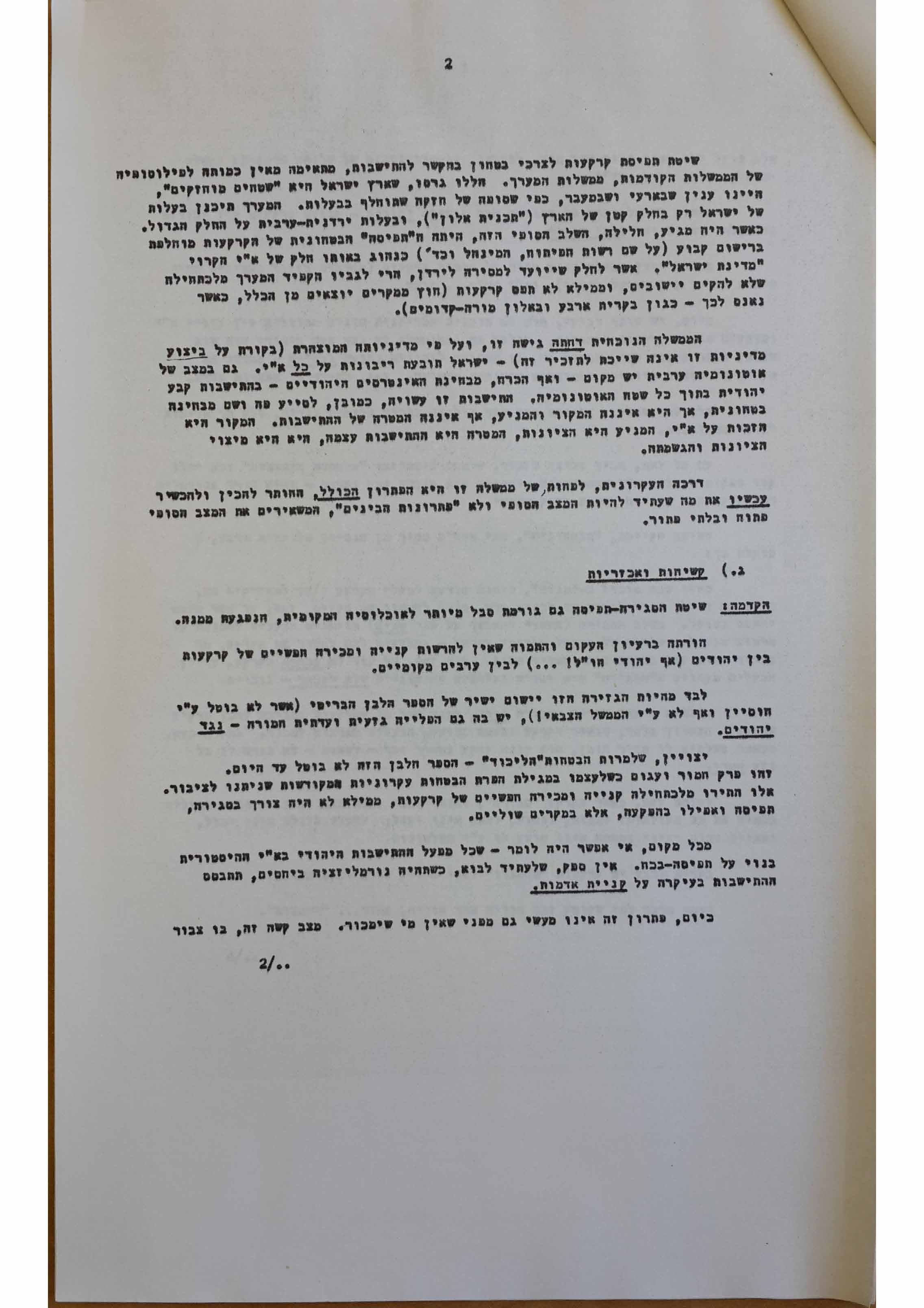 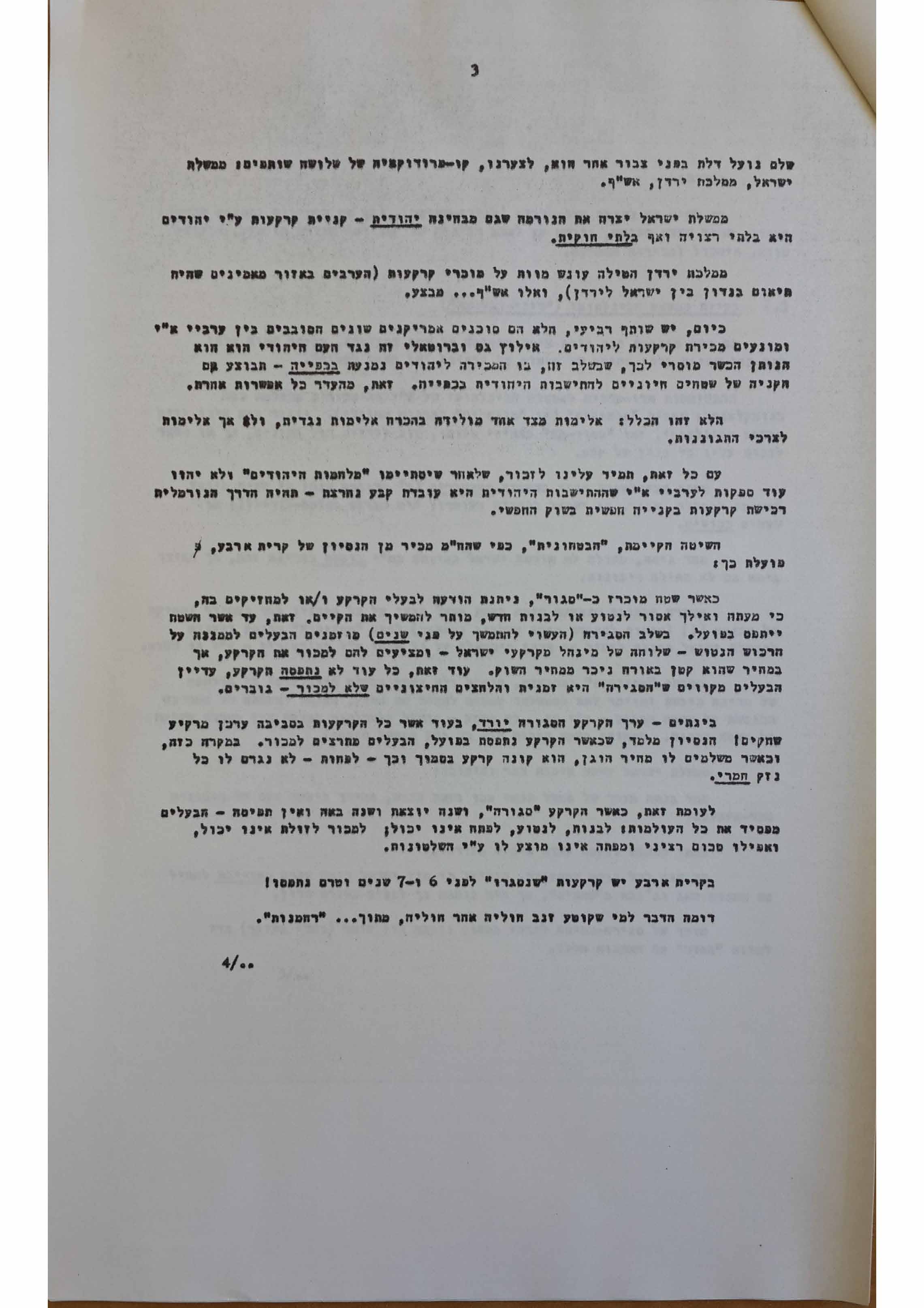 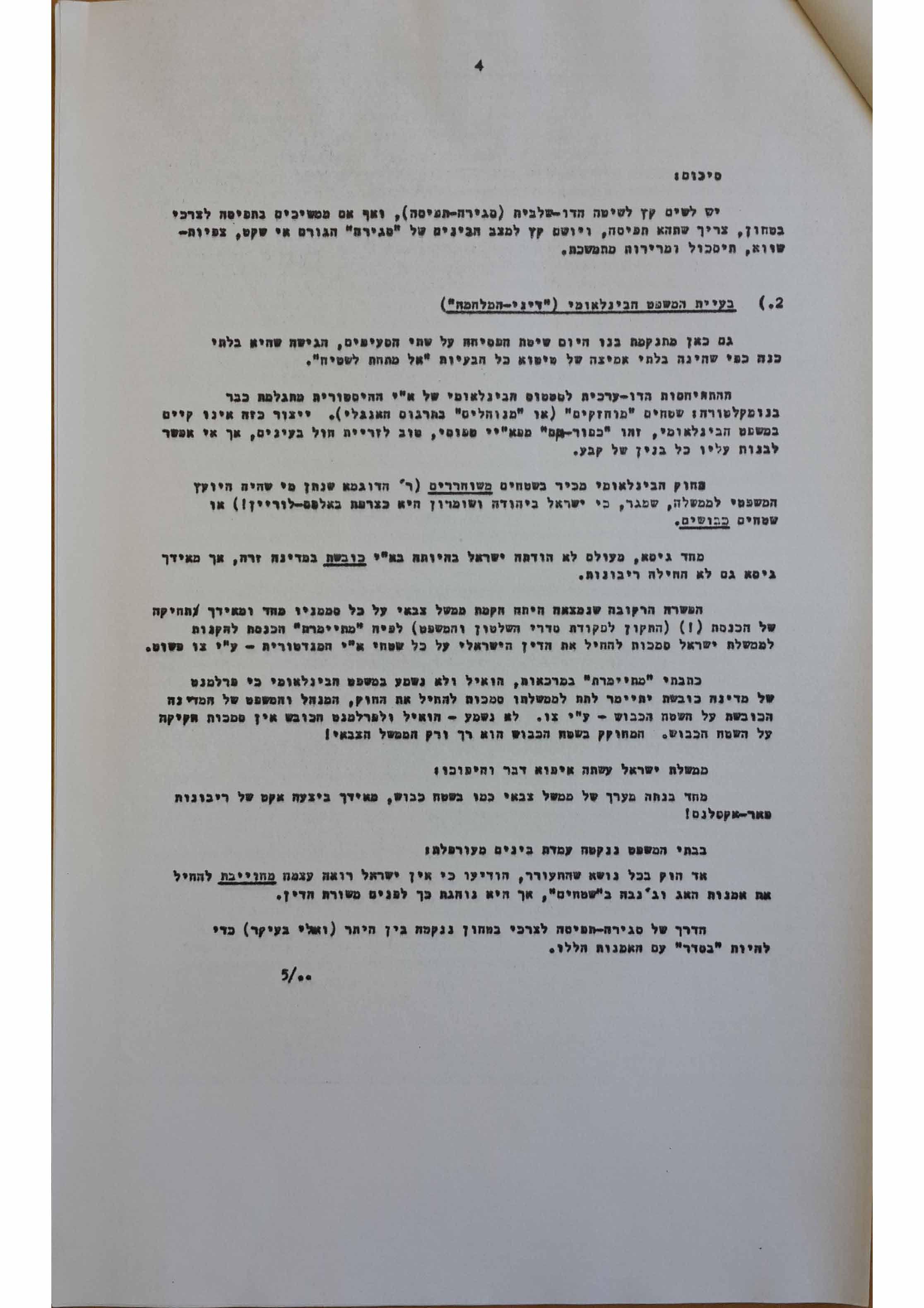 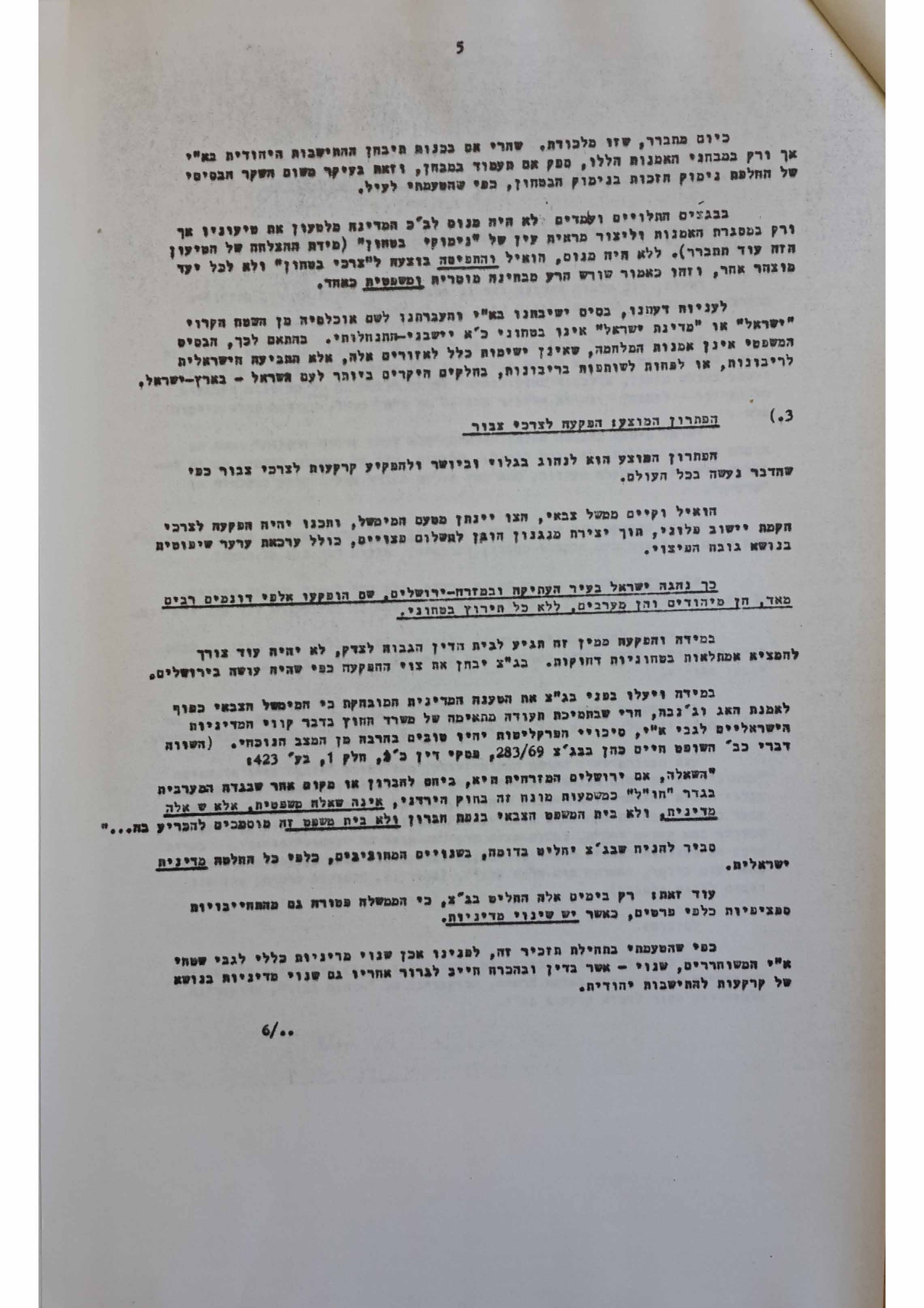 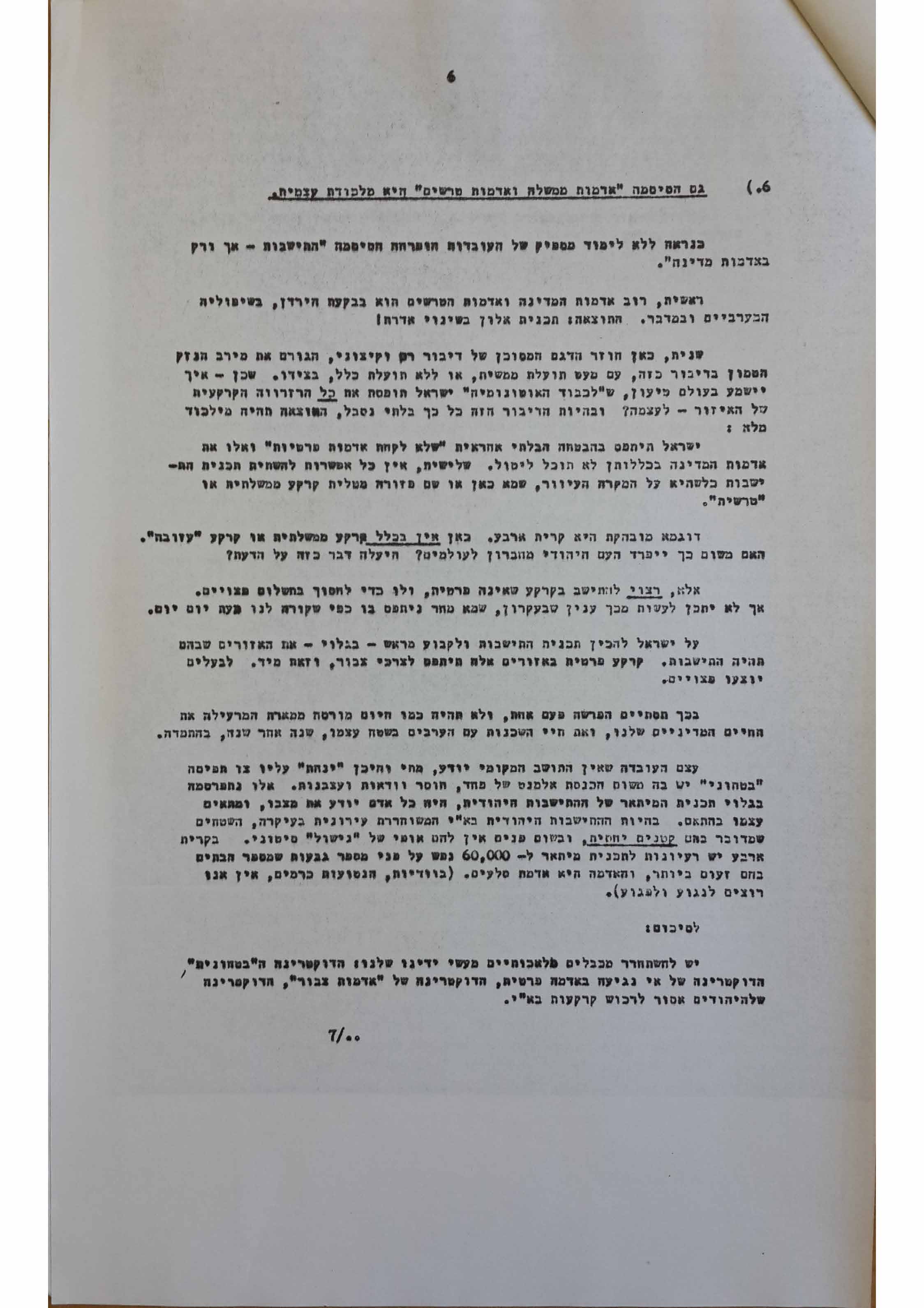 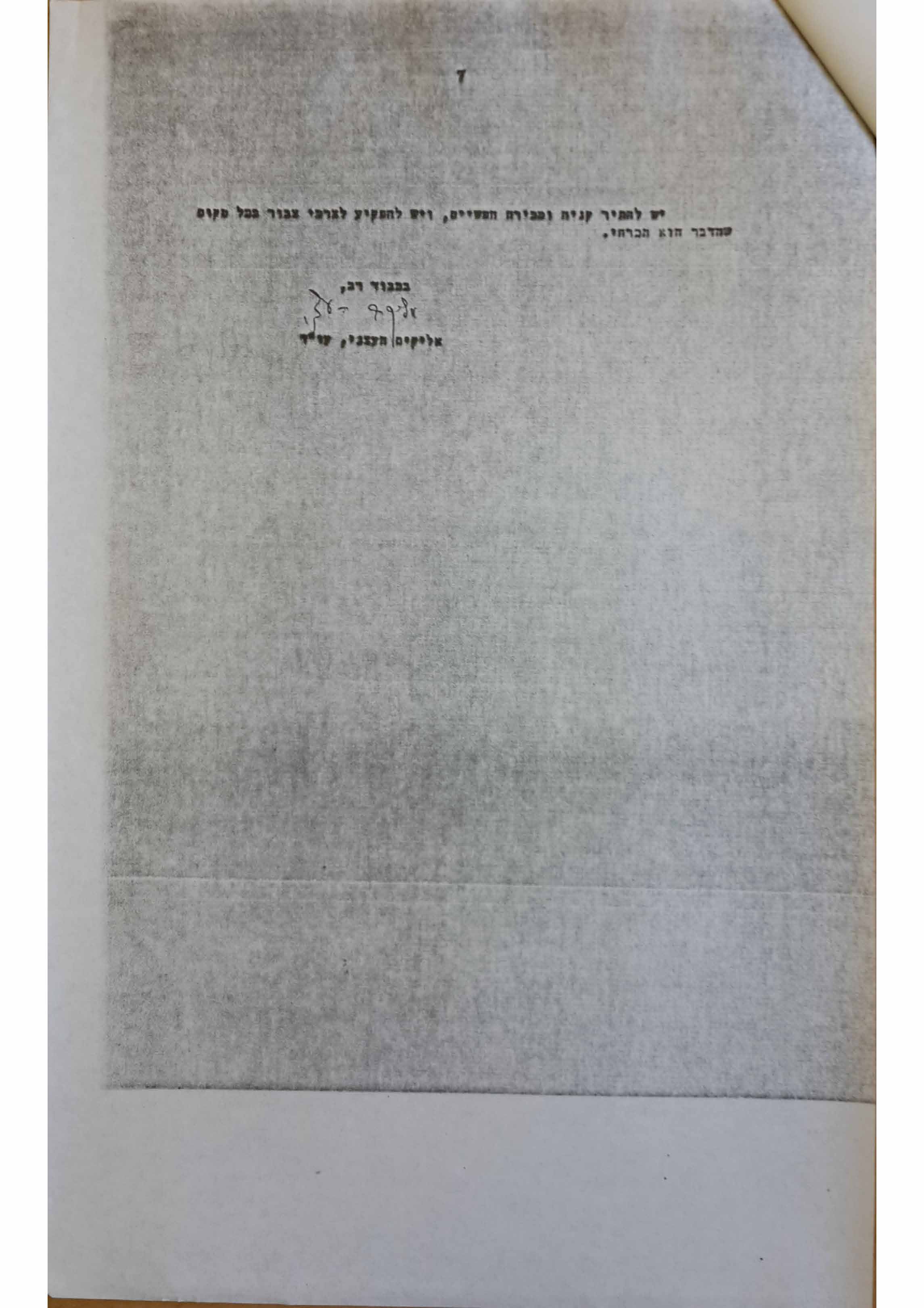 Haetzni, an editor and columnist, one of the founders of the Greater Israel Movement and a resident of the settlement of Kiryat Arba, took the initiative to contact Ministry of Justice General Director Meir Gabai. In a lengthy letter, Haetzni proposes changing Israel’s settlement building policy, which, at the time, relied on closing areas temporarily for “security purposes”, followed by permanent seizure of the lands and ultimately building a civilian settlement on the site. Haetzni lists why the system in place at the time would not last much longer. He suggests releasing the legal shackles constraining the settlement policy in the Occupied Palestinian Territories and switching to a policy of expropriating land for public needs. Haetzni also suggests avoiding, to the extent possible, building settlements on privately owned Palestinian land, “if only to save on payment of compensation [to the landowners].” He does, however, inform the justice ministry’s general director that, “this cannot become a matter of principle.” 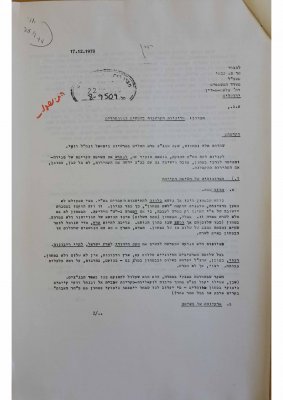