A document Akevot has uncovered at the Israel State Archive illustrates the fraudulent use of military seizure orders (intended for military necessity alone) in order to displace Bedouin population and establish civilian settlements. 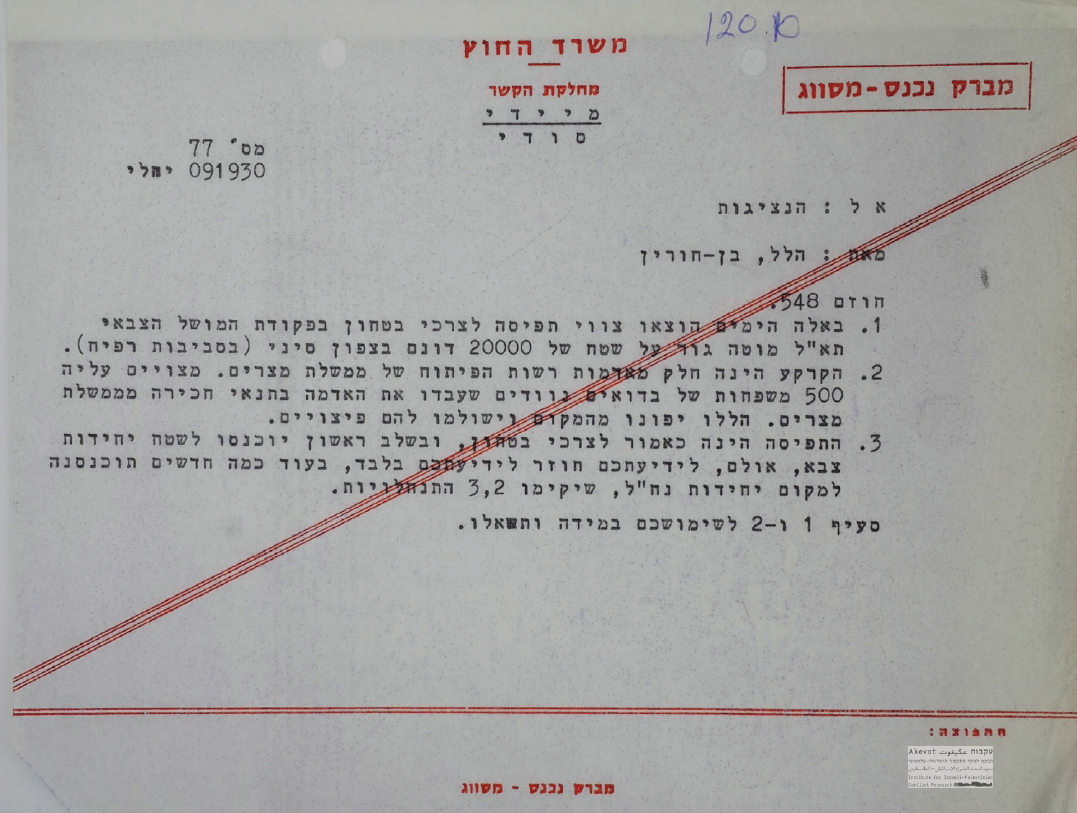 The document is a July 9, 1969 cable classified as secret, sent by the Ministry of Foreign Affairs, in which top foreign ministry officials, Deputy Director General Shlomo Hillel and Director of Public Diplomacy Elyashiv Ben Horin notify the recipients – Israeli mission to Geneva – that 20,000 dunams of land had been seized by military order in the Rafah area and that the roughly 500 Bedouin families who lived in the area and cultivated land there would be evacuated. Hillel and Ben Horin add – for the recipients’ information only, that although initially, military units would be brought into the evacuated area, several months later, NAHAL units (a special military corps involved in starting civilian settlements) would be brought in and would establish “two to three settlements”. 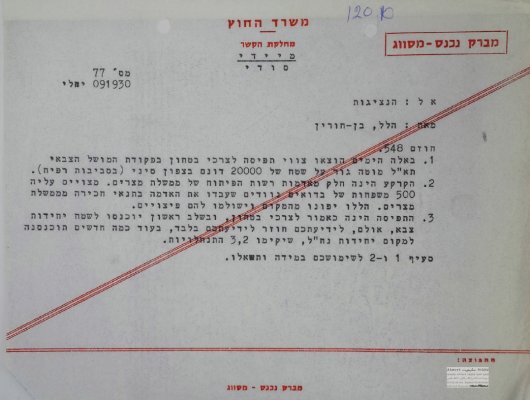 Cable to Israeli Mission to Geneva