Shin Bet recommendations for actions in the Occupied Territories

Israel’s internal security agency, the Shin Bet, or as it refers to itself in English, the ISA, does not provide public access to its archives and available records of its activities are few and far between. The telegram posted here is a rare exception. Sent from the office of the Shin Bet’s director in March 1988, during the early days of the first intifada, the telegram reveals the Shin Bet’s main recommendations for actions in the Occupied Territories. The document indicates the Shin Bet often used collective punishment and other measures designed to limit Palestinians’ political activism, increase their dependency on the Israeli authorities, and also simply as a show of force. 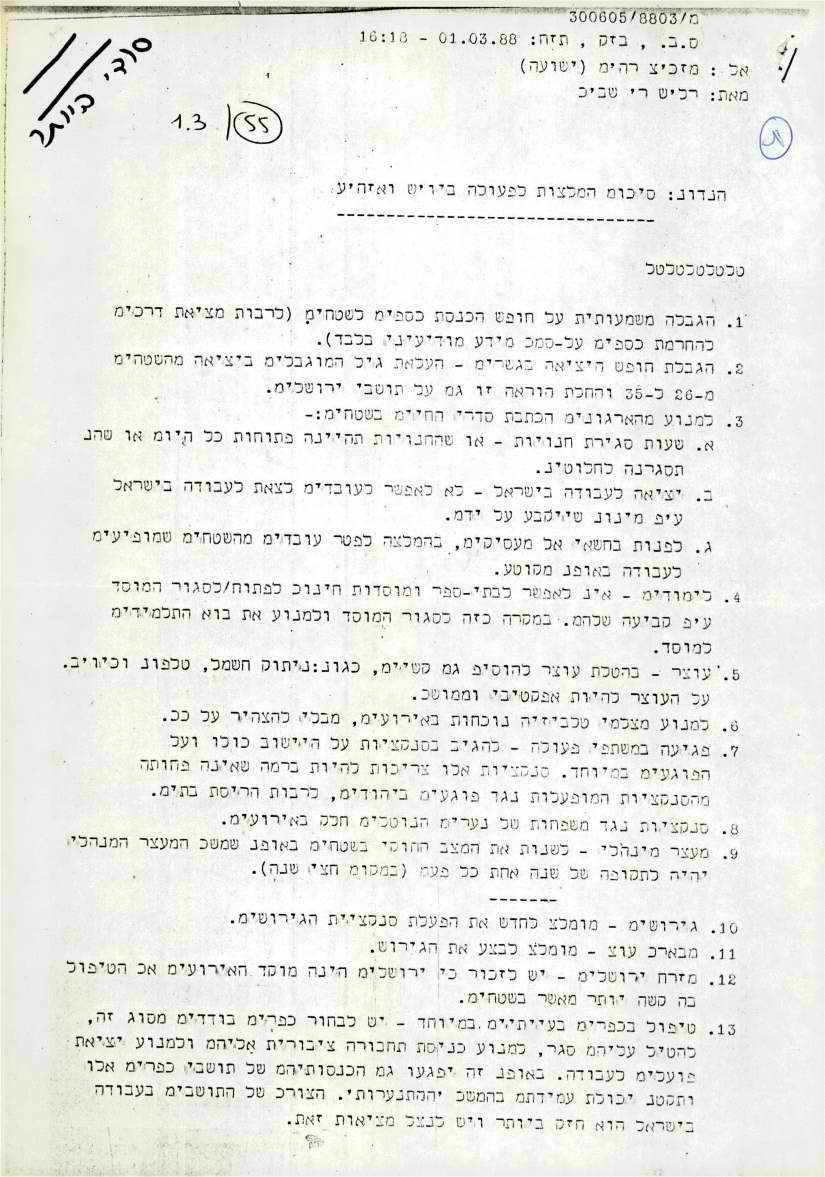 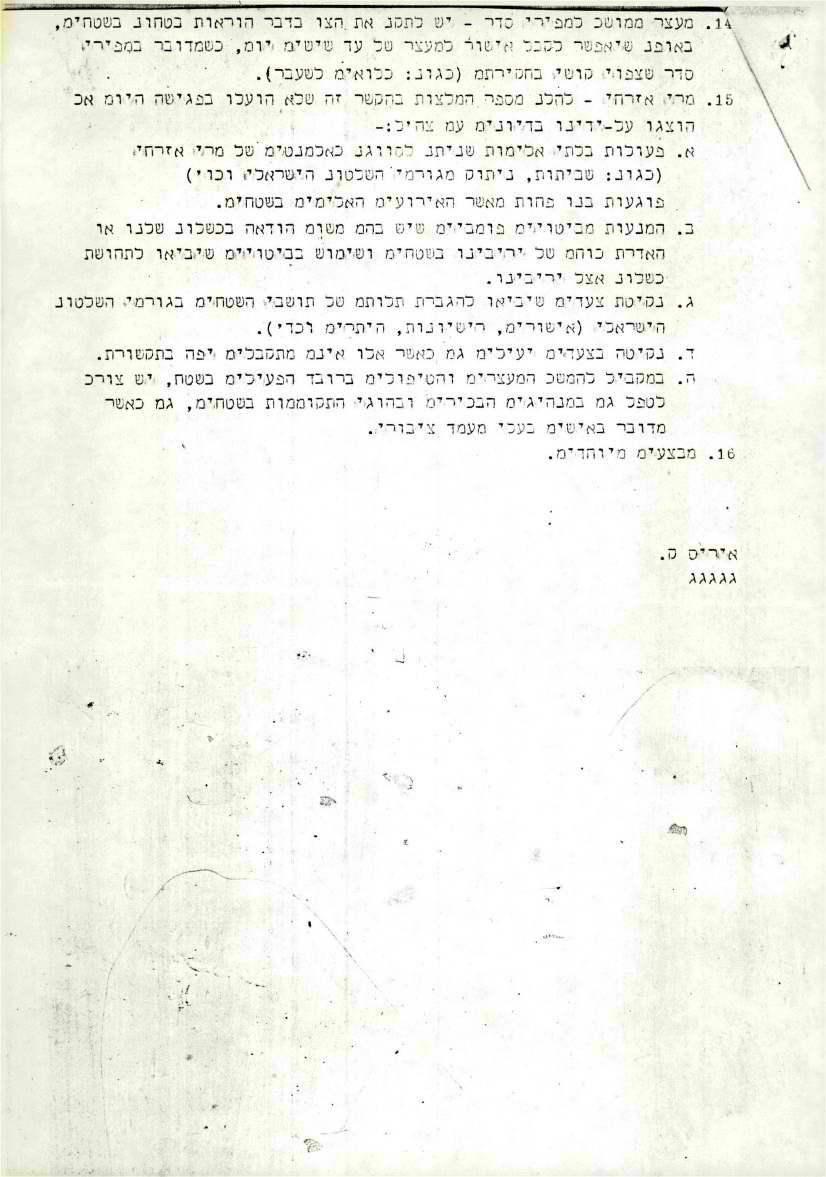 Summary of Recommendations for Activities in Judea, Samaria and Gaza Strip

“Significant restrictions on freedom to bring in money,” “restrictions on freedom to exit through bridges,” [bridges refers to border crossings out of the Occupied Territories] “secretly reaching out to employers and recommending firing workers,” “when imposing a curfew, add other difficulties,” “deny television cameramen presence during incidents without making an official announcement.” These are just some of the Shin Bet’s recommendations for measures to employ in the West Bank and Gaza as the first intifada broke out. The recommendations indicate Shin Bet activities were designed, in part, to sabotage local political leaders, display power and control, and increase local residents’ dependency on the Israeli authorities for permits and licenses. 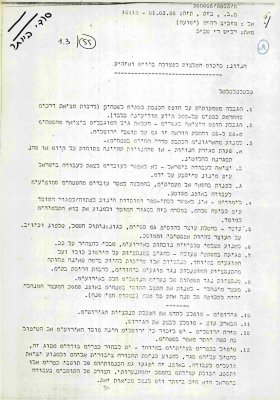 Recommendations for Activities in the West Bank
March 1, 1988