“We are still interested in remaining under the Military Rule”

On June 1, 1951, exactly 70 years ago, the Acre Military Government was dissolved, after three years in which the city was under a strict regime based on the Defense Regulations. As evidenced in a letter written by the city’s first Jewish mayor, not everyone was thrilled with the news.

Seventy years ago today, on June 1, 1951, the Military Rule in the city of Acre came to an end. Surprisingly, one of the key opponents of the dissolution and transition to civilian governance was the city’s first Jewish mayor, Baruch Noy, who took office in 1949 and briefly served as the city’s military governor as well. Noy remained in office until 1952 when he was dismissed over allegations of misuse of city funds. During his term as mayor, the formerly Palestinian city that was largely depopulated during the war absorbed new Jewish immigrants, and became a “mixed city.” Today, more than 60% of the city’s population is Jewish.

In the letter Mayor Noy sent the Ministry of Interior in February 1951, which is posted here, he briefly states his objection to ending the Military Rule in Acre, which was due to take place in the coming months. Noy provides two reasons for his opposition: first, he feared that the abolition of the Military Rule and the transfer of its elaborate bureaucracy to Nazareth would hurt the city’s economy, partly given that more than 50 communities in the area relied on Acre as a commercial and administrative hub. Second, Noy explained: “We believe that due to security reasons as well, it [the abolition of the Military Rule] is premature, and we are still interested in remaining under the Military Rule” (emphasis added).

Palestinians were not the only ones complaining about Noy’s discriminatory policies. His own party, Mapai, held a discussion about his actions, during which an allegation was made that he had built a road specifically for his home. As further allegations against Noy accumulated, he was ultimately removed from office in 1952. Earlier, Noy’s request to reconsider the revocation of the Military Rule was denied, and as stated, the Military Rule over Acre was canceled in June 1951. It remained in place in other parts of the country where Palestinians lived, closely monitoring their movements for 15 more years, until it was finally abolished in December 1966.

As newly arrived Jewish immigrants became more established in Acre, and a Jewish majority was formed in the city that was Palestinian before the war, Israel began preparing for the end of the Military Rule that was installed in the city during the war in 1948. Mayor Baruch Noy wrote to the Ministry of Interior to request a reconsideration. “We are still interested in remaining under the Military Government,” the mayor wrote, citing general security concerns, as well as concerns over financial harm to the city as a result of the transfer of the administrative center to Nazareth. Keeping the Military Rule in the city, the mayor added, would allow Israel to carry on with its policies in the city at the time – urban development and the rapid, mass-scale absorption of new Jewish immigrants. 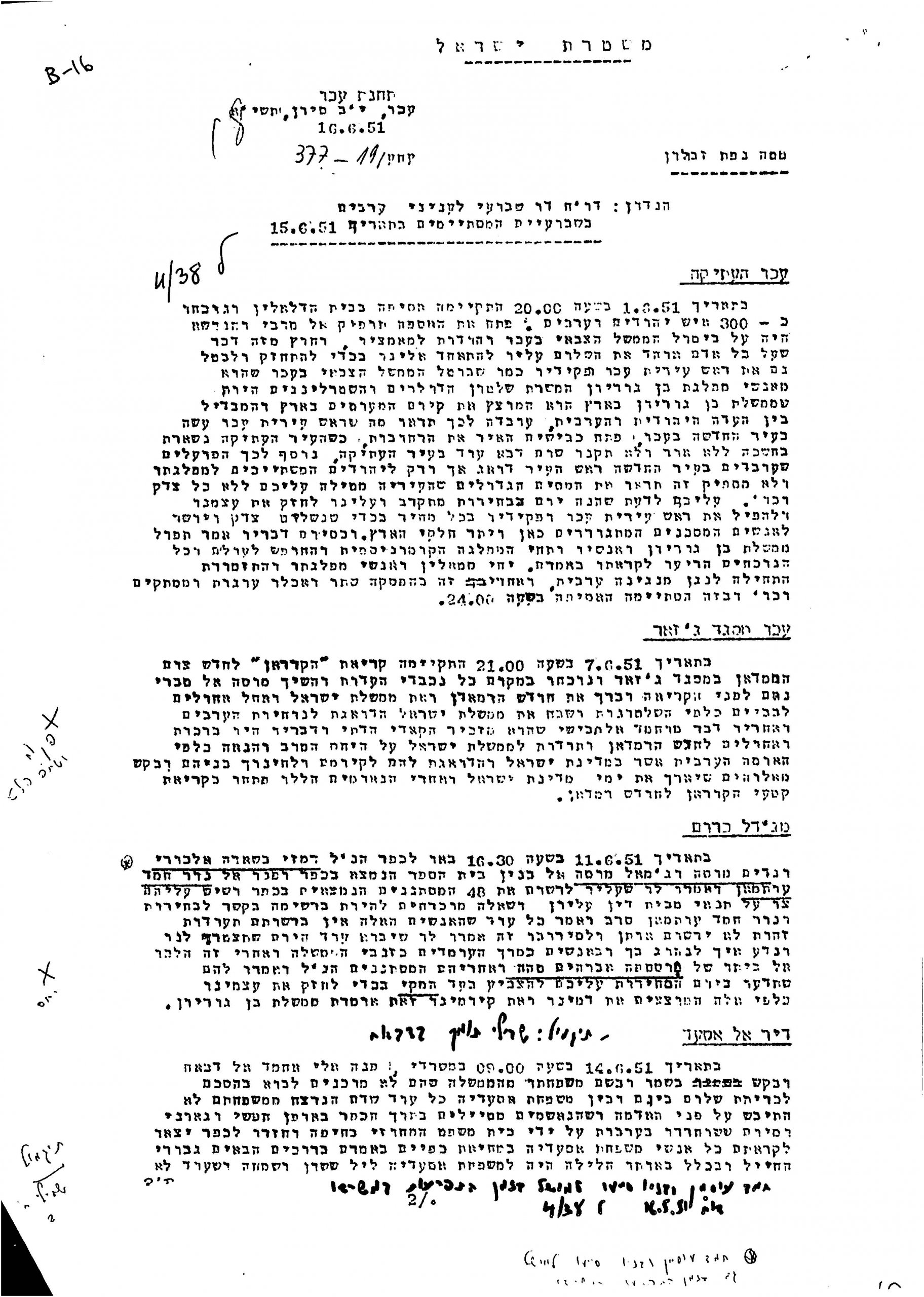 This dry, matter-of-fact periodic report submitted by the Acre police to the district headquarters describes several current events in Acre and nearby villages and opens a small glimpse at the extent to which Palestinian citizens were monitored. The first event described in this report was an assembly held in the Old City of Acre regarding the end of the Military Rule in the city two weeks prior, which about 300 Jewish and Palestinian residents attended. Along with satisfaction over the demise of the Military Rule, some called for the removal of the city’s mayor over his discriminatory policies against the city’s Palestinian residents. According to MK Tawfik Toubi, a member of the communist party, who spoke at the assembly, the mayor was investing in developing the new city where Israel housed Jewish immigrants while neglecting the Old City where most Palestinians lived. 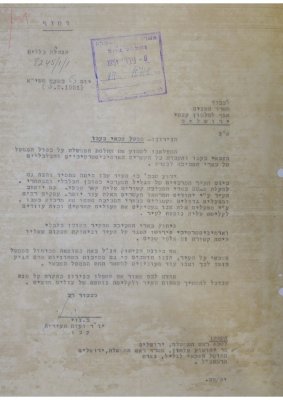 Mayor of Acre to Ministry of Interior
February 5, 1951 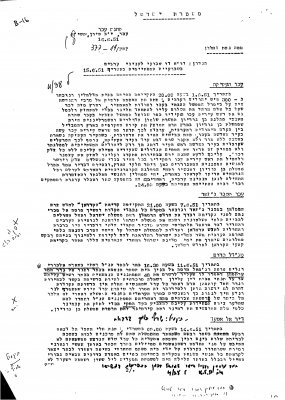