Palestinian citizens of Israel during a second round: Unfounded assessment

An intelligence assessment from 1953, three years before the Sinai War, warns the Palestinian minority in Israel would act as a fifth column if a war broke out, stating explicitly: “Arabs living in Israel should be considered a hostile entity during an emergency.” However, this pronouncement never did pan out in reality, nor is it compatible with the facts presented in the very same document.

Annex E of the Annual Intelligence Assessment (1953) produced by the Operations Directorate / Intelligence Department, which is posted here, was devoted to examining the possibility of “The Arab minority in Israel becoming an active fifth column in case of war between Israel and Arab countries.” The document, entitled “Israeli Arabs during the second round,” briefly outlines the geographical distribution of Israel’s Palestinian citizens (at the time, numbering roughly 170,000). It also provides a cursory list of the national and organizational elements the Intelligence Branch thought were indicative of the danger posed by Palestinian citizens.

The intelligence assessment warns, in particular, against “Arabs in key positions,” describing them as “several hundred Arabs employed by various government institutions, more than a few of whom work in essential services (ports, the postal service, the train service, the National Roads Authority, etc.). Additionally, some members of minority groups serve in the IDF and the Israel Police. These Arabs’ loyalty to the State of Israel in a time of crisis can be seriously doubted. In any event, they can be seen as a potential for acts of terrorism and espionage.”

The gap between the facts presented in the overview and its operative conclusion is worth noting: While the report’s authors determine that Israel’s Palestinian citizens were an existential threat to the country, the report itself states that there are effectively no active resistance organizations among the Palestinian citizenry and that the number of legal firearms they have does not exceed 600-700 units, there is no estimation on the number of illegal firearms. The assessment concludes with the pronouncement that: “Arabs living in Israel should be considered a hostile entity during an emergency.”

Notably, assessments such as these, which appear both in official reports and in testimonies by individuals within the civilian and military establishment, are far from rare, and they speak to the chasm between facts and assessments. In 1956, three years after the intelligence assessment prophesizing Palestinian citizens would be a threat in case of war, the Sinai War broke out. As in other wars, the “fifth column” predicted by the security services never materialized. 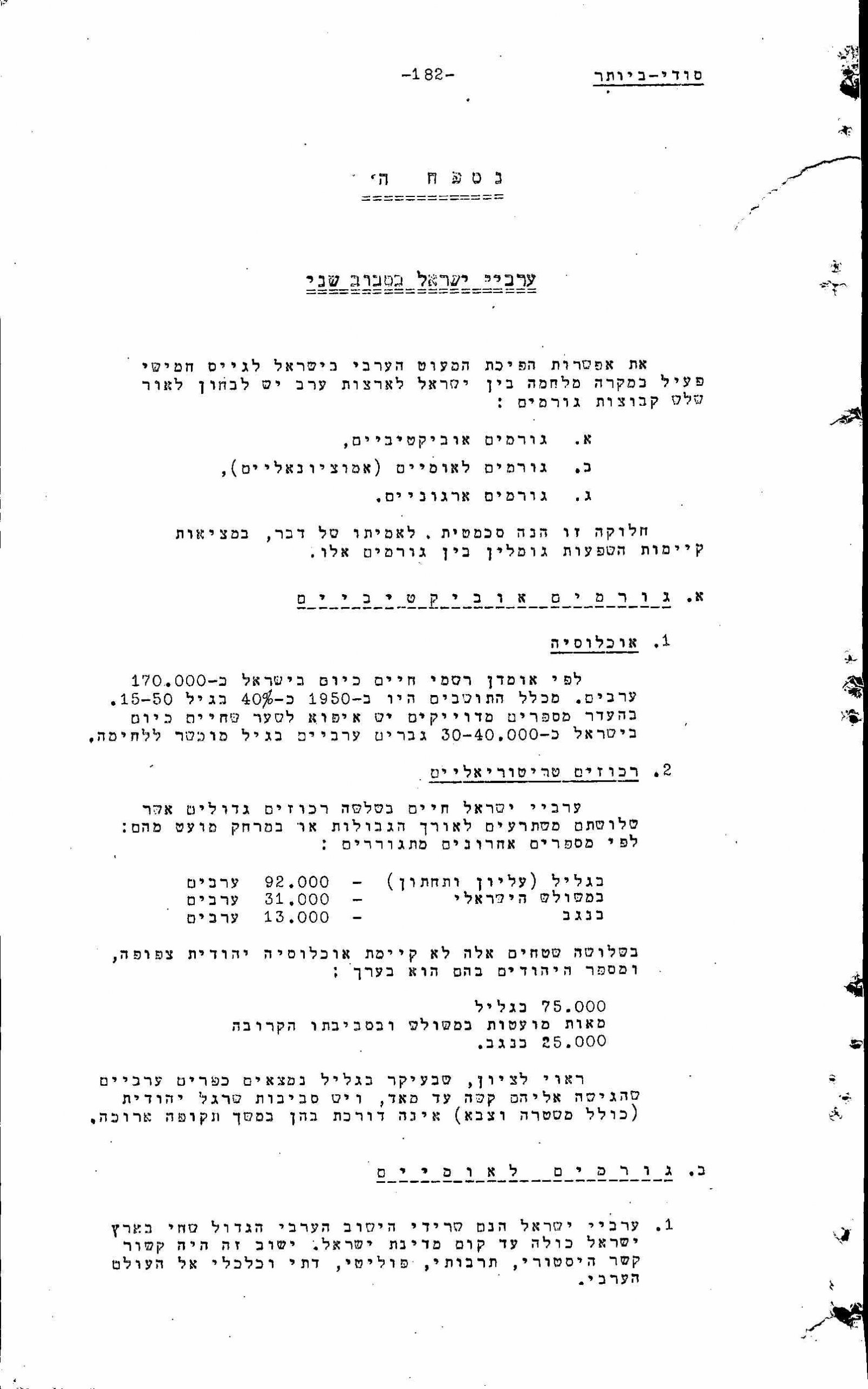 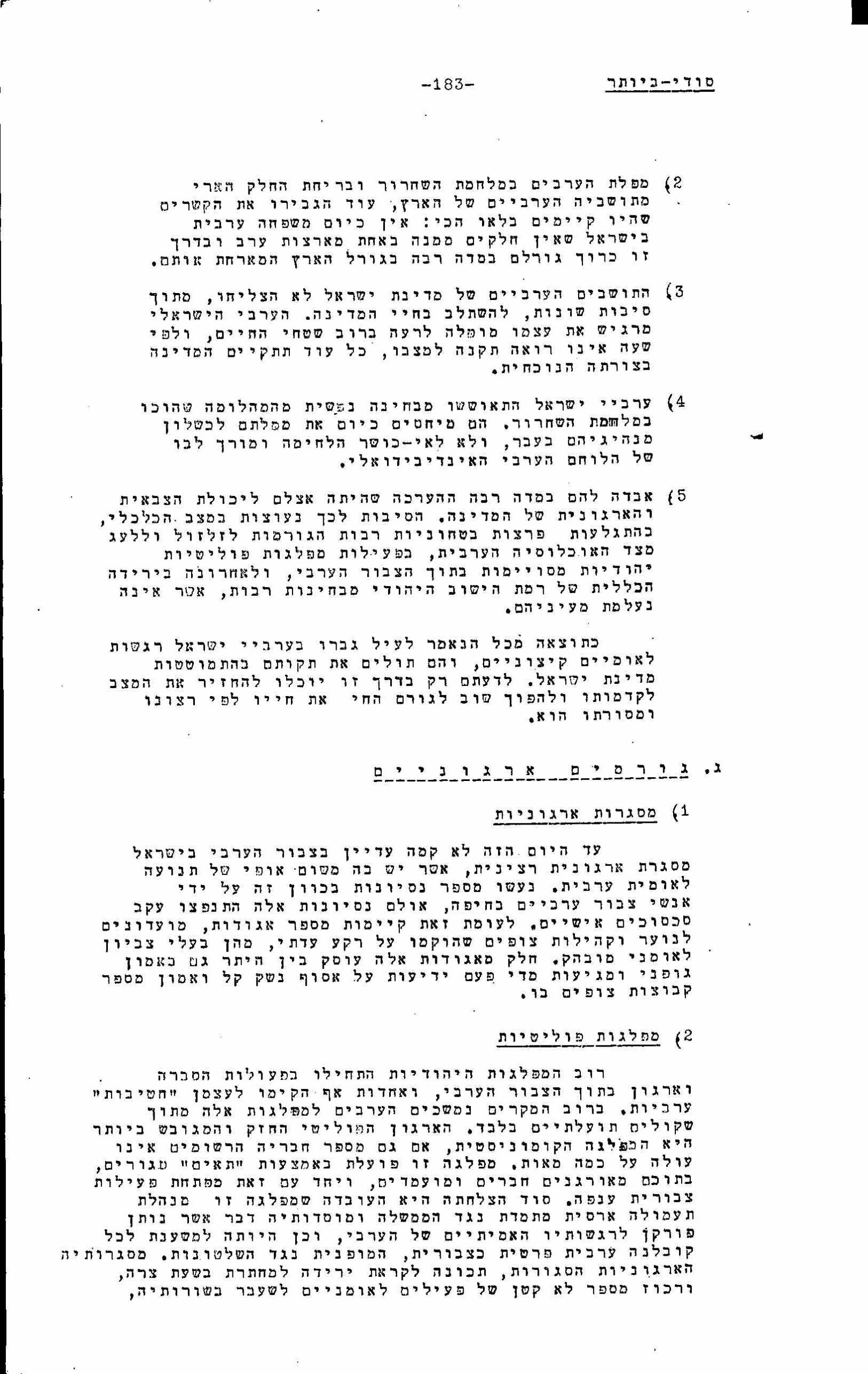 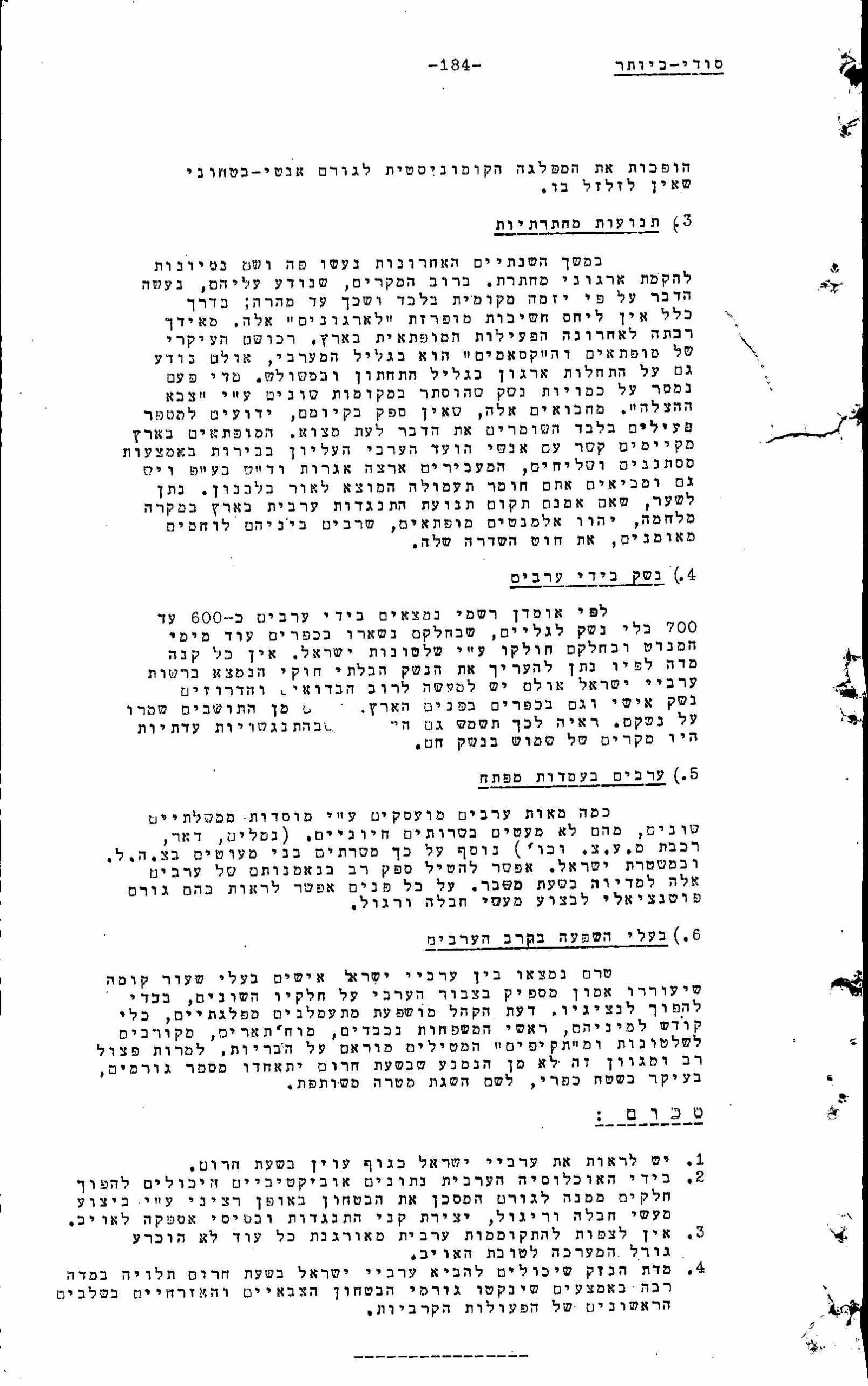 Annex E: Israeli Arabs during the second round

This annex is part of the annual intelligence assessment issued by the IDF’s Operations Directorate Intelligence Department. It examines the possibility of “The Arab minority in Israel becoming an active fifth column in case of war between Israel and Arab countries.” 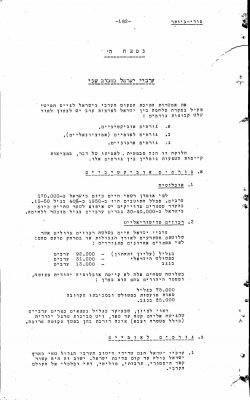